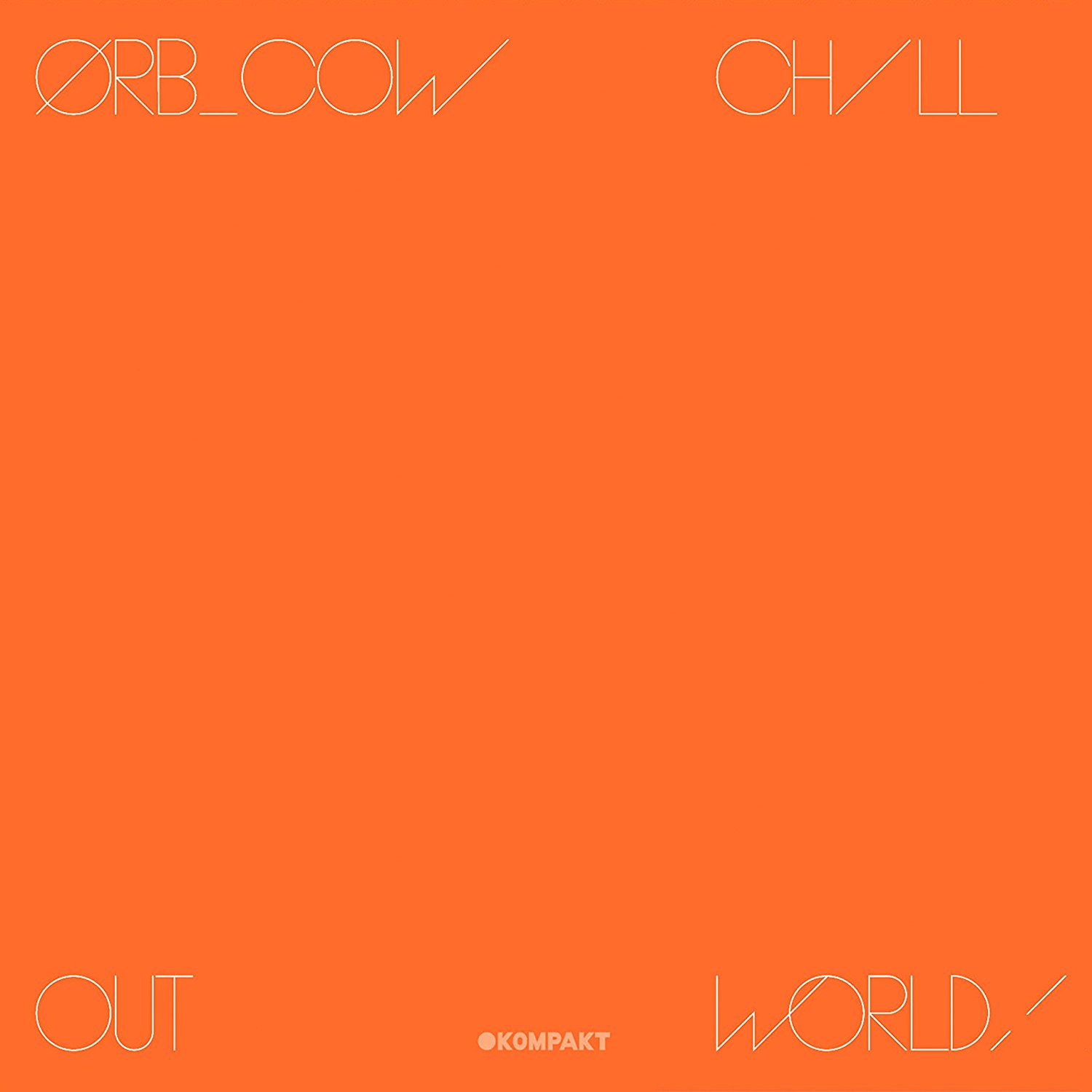 Alex Paterson and frequent collaborator Thomas Fehlmann have spent much of their career as the Orb simulating humanity in the unknown, assigning their bubbling soundscapes to subjects like space travel and alien encounters. COW / Chill Out, World! wields their trademark synths, samples, and stray noises toward a more personal end, eschewing science fiction for the comparably tangible themes of love, sex, and nature—at times even veering into the autobiographical. Whether such soul-searching is lucid in the context of the band’s distant vibrations and polyrhythms is one question. Another is whether Paterson and Fehlmann, so instinctively gifted at looking forward, can effectively use the same talent to look back.

COW opens with “First, Consider the Lillys,” both the album’s longest song and a ringing blueprint for what the Orb does best. The title references the band’s early days (one of its original commissions was a house remix of Dave Stewart and Candy Dulfer’s “Lily Was Here”), and the summery mix cycles through sections of wavering flutes, bottomed-out percussion, and pinging blips, with trancelike segues blurring any sense of an ill fit or forceful hand. The track is nostalgic and efficient, a case in point of the Orb developing an atmosphere, rigging it to a euphoric beat, and then washing it all away—something they might have spent 20 minutes on in the past, but handle here more succinctly.

Yet this same taut flow characterizes only a few of the Orb’s productions on COW, which primarily opt for an overly poetic, ramshackle, found-sound approach—one befitting what Paterson has called the Orb’s “most ambient album yet,” but betraying the mute house and dub aspects typical of its most revelatory work. COW has an improvisational air, owing to the fact that it reportedly took just six months to make, compared to the six years poured into last year’s Moonbuilding 2703 AD, as well as Paterson’s commitment to splicing in swaths of natural noise like record static, birds, and flowing water. Fogs of jazz and orchestra are likewise brought to the forefront of many songs, making for a noticeably meandering weave of disparate source materials. The attempt is to present the Orb independent of its usual sonic manipulation, while the effect is of a sound collage with the stitching exposed.

“Wireless Mk2” is a precise example of the Orb running in place. Described by Paterson as a tribute to his father’s work on the Telstar satellite, it opens with the transcript of a reporter asking Yuri Gagarin—the first man to travel in space, aboard Russia’s Vostok 1, in 1961—whether he had “butterflies in the tummy” before takeoff. The unanswered question kicks off a thematically tight, self-referential track; the ensuing production predictably recalls the goliath intro to Pink Floyd’s “Shine on You Crazy Diamond,” then stalls in a miasma of trumpets, marimba, and piano rolls. Other songs similarly lack focus: the 90-second “Sex (Panoramic Sex Heal)” merely reprises the luau-music outro to the album’s opening track, while “Siren 33 (Orphee Mirror)” and “Just Because I Really Really Luv Ya” are disruptive psych-out workouts. For a group so comfortable with cosmic reflection and creating soundtracks for things they can only imagine, their navel-gazing can translate shapelessly.

The notable exceptions are when the Orb’s adlib approach enables a fascinating, molten funk—more fascinating for seeming like happy accidents. “4am Exhale (Chill Out, World!)” pairs a muffled horn sample with bumbling, low-key drums and yearning strings. The minimal two-note hook of “5th Dimensions” remains constant as background music morphs from warm techno to scuzzy distortion, like a strange wind chime caught in a calm breeze and then a storm. And the head-bobbing second half of “7 Oaks” is halfway between chopped-up Philly soul and an upbeat Noah Shebib production. That these moments are curtly nestled into the album’s large and amorphous tones of reflection makes them not just fleeting, but almost obligatory, as if the Orb fell into old habits while trying to build songs devoid of them.

COW’s cleverness, from its numeric song titles to its stripped-down, ambient-announcing Designers Republic cover, is immediate, and maybe welcome from a duo whose commitment to overblown ideas can approach the absurd. So are the album’s reasonable, 43-minute running time and the group’s intimations that this work is authentic, even private. But COW’s inward-looking is often gray and formless, and suggests that Paterson and Fehlmann are indeed best understood when exploring the concepts they can’t understand.