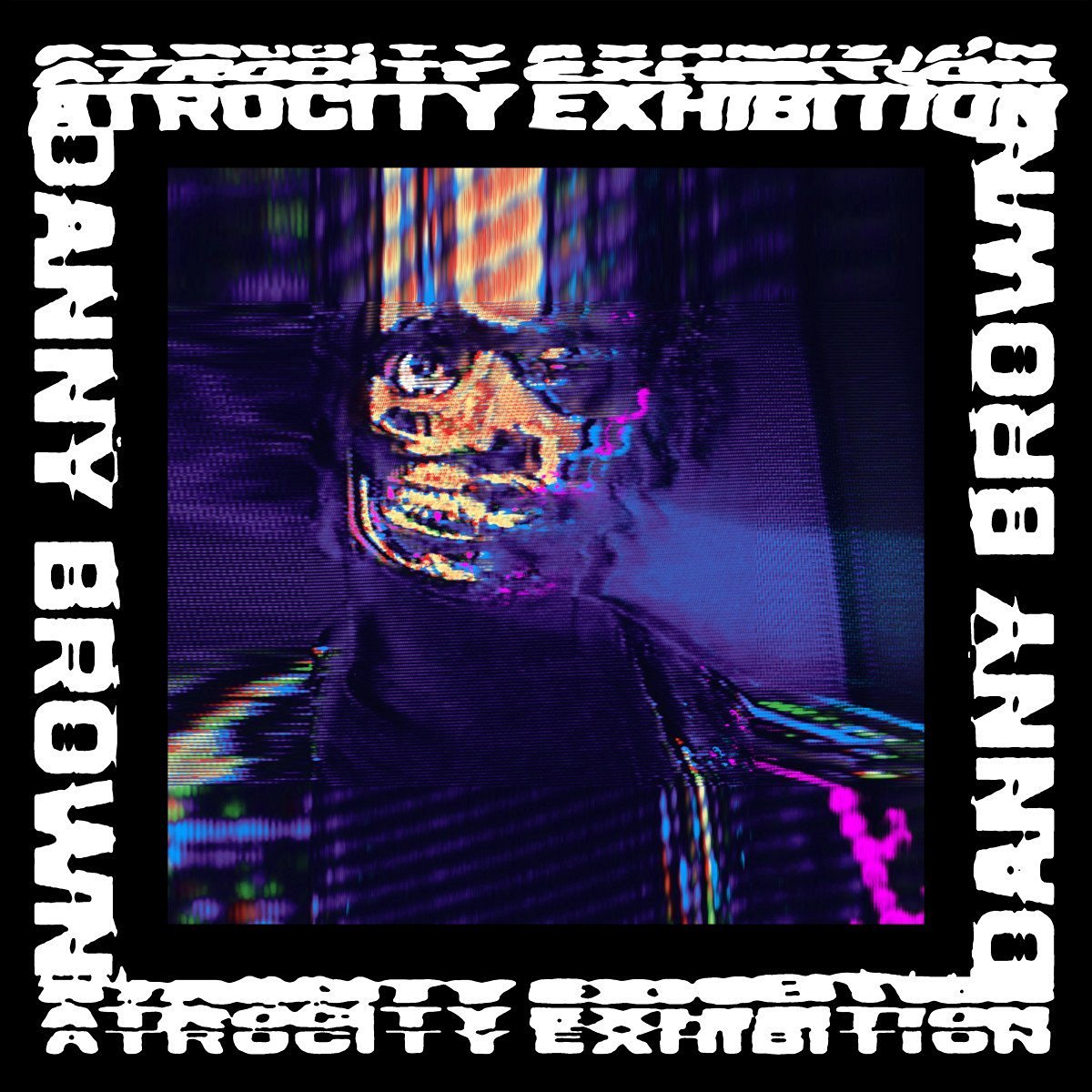 Ignoring Atrocity Exhibition’s sense of suffering, however, is impossible. Brown even recycles the refrain from 2011’s “Blunt After Blunt” on “Downward Spiral” as an ironic indictment of itself. He clearly recognizes the self-consuming nature of drug addiction, and he writes about himself like he’s constantly trying to throw the tail up from his mouth. Throughout the album his self-destruction is structured to mirror the devastation wreaked in his community. “Downward Spiral” finds him paranoid and alone, “sweating like I’m at a rave,” but it leads into “Tell Me What I Don’t Know,” a somber meditation on the inevitability of death or prison partly told in first-person plural, in a way that isn’t narratively disjunctive, but builds each song into the other through a series of grim and inextricable impressions.

Atrocity Exhibition’s production is as versatile as Brown’s voice, though it favors off-kilter intensity; squawking horns and bass synths pushed to a crackling point are intertwined on “Ain’t It Funny” and “Golddust.” But the instrumentals are too dense and variously influenced for easy classification. “Dance in the Water” bombards world-music samples with industrial whistles and a sinuous bassline, while “From the Ground” begins with an arrhythmic tempo, but becomes almost sweet as an effervescent synthesizer and handclaps lay a foundation for guest vocalist Kelela’s mellifluous hook. The complexity of both the music and Brown’s flow blend into each other in a way that makes both seem effortless. Craggy lines like “rocks ‘bout the size of the teeth in Chris Rock’s mouth” are delivered so assuredly it makes anyone else’s style seem incompatible with these beats.

Review: Moby & the Void Pacific Choir, These Systems Are Failing