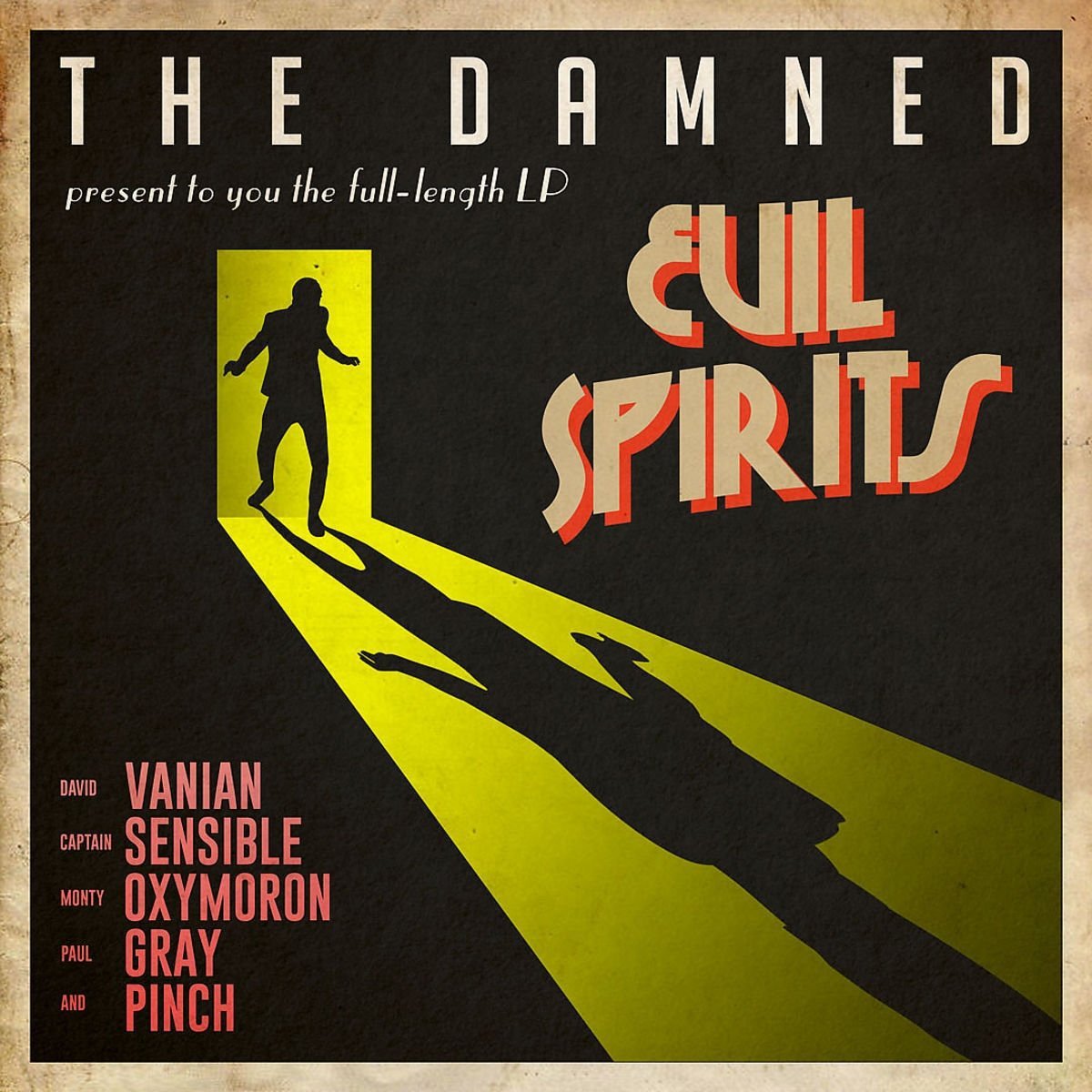 Famously the first U.K. punk group to release both a single and an album, the Damned went on to play a formative role in the post-punk and goth genres. And yet, they’re rarely discussed with the same reverence as such contemporaries as the Sex Pistols and the Clash. With the majority of the members of London’s punk class of 1976 either dead or defunct, the Damned are now the last punks standing, a distinction that lends pathos and poignancy to Evil Spirits, their first album in a decade.

Two of the Damned’s founding members, Dave Vanian and Captain Sensible, have reunited with early-‘80s bassist Paul Gray for a collection of sturdy, post-punk psychedelic pop that’s been cut from the same cloth as the previous two albums from the group that Gray played on: 1980’s The Black Album and 1982’s Strawberries. Farfisa organ, a staple of the band’s sound since the landmark 1979 album Machine Gun Etiquette, dominates tracks like opener “Standing on the Edge of Tomorrow,” which recalls Max Frost and the Troopers’s portentous 1968 garage-psych nugget “Shape of Things to Come” in both sound and theme. A few songs, notably “The Daily Liar,” even feature Beatles-esque horn arrangements. These touches occasionally threaten to become too baroque: The tinkling piano and sweeping chorus on “Look Left,” in particular, sound more like Bruce Hornsby than the guys who recorded “Smash It Up.”

For most of Evil Spirits, though, the Damned sounds like the same band they were 35 years ago. While it’s admittedly hard not to miss the explosive presence of drummer Rat Scabies, Sensible’s lashing power chords on “The Devil in Disguise” are a welcome reminder that this is still technically a punk band, and Vanian’s baritone has aged into a powerful growl reminiscent of latter-day Nick Cave, adding some welcome grit to theatrical, goth-inflected tracks like “Shadow Evocation” and “I Don’t Care.” The album was produced by Tony Visconti, whose work on David Bowie’s 2016 swansong, Blackstar, demonstrated his ability to oversee powerful, thoughtful music by artists late in their careers. While Evil Spirits isn’t a late-career masterpiece, Visconti’s production chops have at least ensured a warm and rich listening experience.