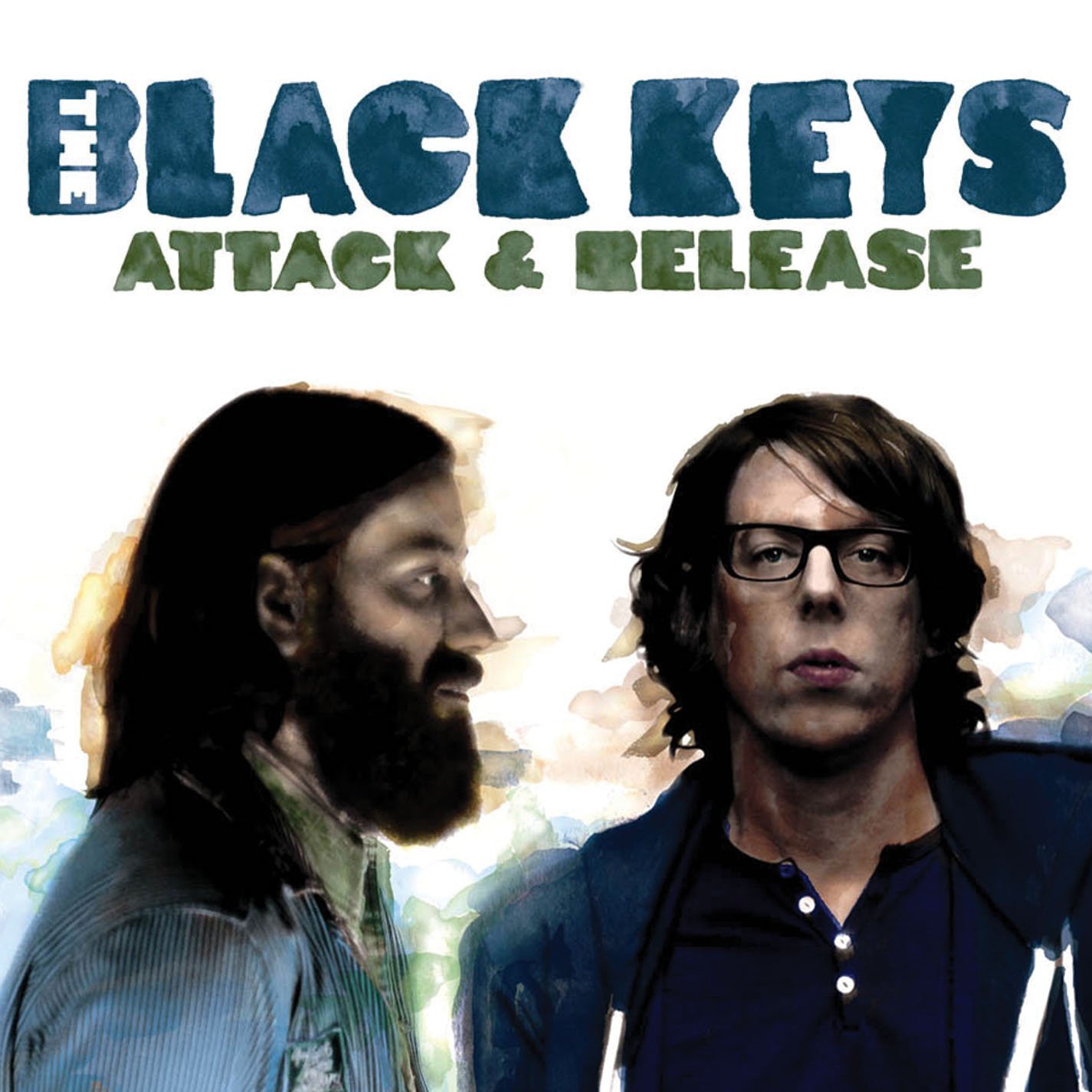 Rather than attempting a subtle expansion of their sound, the Black Keys have undergone a sea change on Attack & Release. Their fifth album is a major departure, as it finds the duo of Dan Auerbach and Patrick Carney looking far beyond themselves and their single guitar and drum kit for the first time. Auerbach and Carney, at the request of producer Danger Mouse, wrote a set of songs for Ike Turner to record, but upon Turner’s death in December 2007, the duo reassessed the songs and decided that they should record them for themselves with Danger Mouse at the helm and with contributions from outside musicians including guitarist Marc Ribot, multi-instrumentalist Ralph Carney, and upstart bluegrass singer Jessica Lea Mayfield.

By and large, the pairing with Danger Mouse proves to be a shrewd choice, but over-analyzing his production choices runs the risk of minimizing the Keys’ own contributions. The bottom line is that most of the songs here do fit well within the framework of their blues-rock aesthetic, and that’s what makes Attack work as a Black Keys album. For all that’s been written about how much Danger Mouse has broadened their sonic palette (and the accuracy of that point is debatable, since putting a banjo on a blues record, as he does on “Psychotic Girl,” is hardly revolutionary stuff), little of it would matter were the songs not as solid as they are.

Indeed, there’s a definite familiarity to most of Attack, with greased-up garage rock tracks like the explosive first single, “Strange Times,” and the standout “Remember When (Side B)” retaining the Keys’ trademark bluster and Auerbach’s powerful yelp. It’s on the mellower cuts that Danger Mouse’s impact is more obvious, as he gives much-needed texture to the otherwise minimalist “Same Old Thing” and opener “All You Ever Wanted.” When the album begins to drag in its latter half, most notably on “Oceans and Streams” and “So He Won’t Break,” it has as much to do with the songwriting as it does with the production. Just as he can’t claim full credit for its successes, Danger Mouse can’t be blamed entirely for the album’s occasional failures.