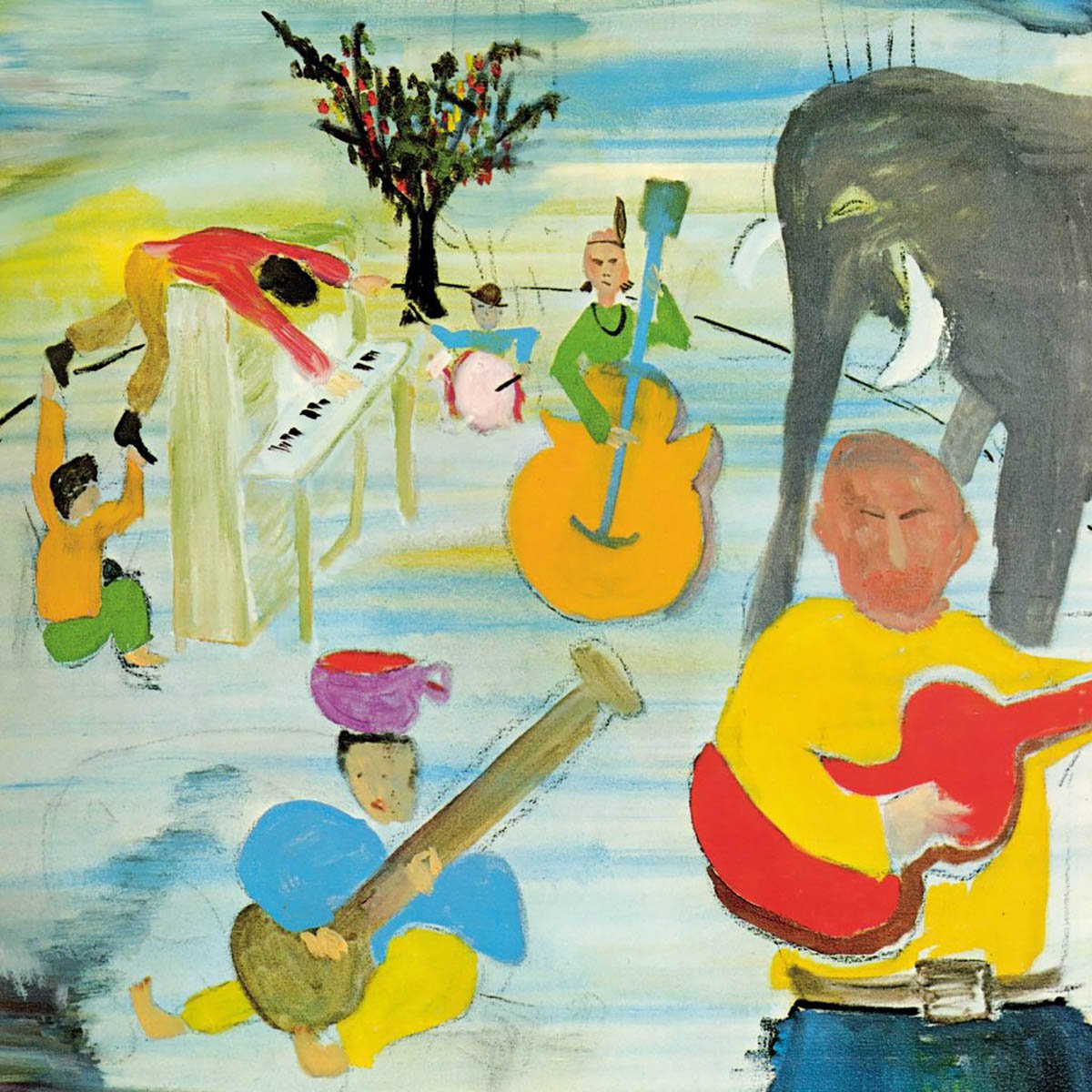 It feels strange to mark the anniversary of the Band’s Music from Big Pink, if only because the album has never seemed to belong to any specific year. Five decades ago, when Rick Danko, Levon Helm, Garth Hudson, Richard Manuel, and Robbie Robertson made their transition from Bob Dylan’s touring band to a recording act in their own right, they looked less like late-1960s bohemians than time-traveling Old West homesteaders. Now, of course, they’d be just a few undercuts short of resembling the staff at a Brooklyn coffeeshop.

The Band’s music was similarly out of time: a sui generis melding of rock, country, and soul, fused with Dylanesque modernist folk poetry and performed with the raw energy of a garage band. The ragged four-part harmonies of Danko, Helm, Manuel, and Robertson didn’t recall the era’s preeminent rock vocal groups, the Beatles and the Beach Boys, so much as the strangled hillbilly hollers captured on Harry Smith’s six-album compilation Anthology of American Folk Music. Indeed, it was their legendary 1967 “Basement Tapes”—which planted the seeds for both Music from Big Pink and Dylan’s John Wesley Harding—that inspired rock critic Greil Marcus to coin the term “Old, Weird America,” an apt description for the primal, almost genre-less roots music that the Band reinvented for a new generation.

On later albums, the Band would lean into their anachronistic qualities, writing songs from the perspectives of downtrodden Confederate soldiers and Great Depression-era sharecroppers. Music from Big Pink, however, remains just outside of history: an album from a parallel 20th century where the electric guitar was invented but the horse-drawn carriage was never replaced. Manuel’s melody for opening track “Tears of Rage” could have been sung in a turn-of-the-century revival tent, while Dylan’s lyrics—penned during The Basement Tapes sessions and gifted, along with two other tracks, to the Band—channel the King James Bible and Shakespeare’s King Lear. The other two Dylan songs, “This Wheel’s on Fire” and “I Shall Be Released,” sound similarly ancient but performed with an urgency—and, in the case of the overdriven guitar and clavinet on “Wheel’s on Fire,” just enough of a psychedelic sensibility—that made them generational touchstones. It’s this funhouse-mirror approach to the past—backward-looking but never self-consciously “retro”—that makes Music from Big Pink feel truly timeless.

This goes double for this anniversary edition, which features a revelatory new mix supervised by veteran engineer Bob Clearmountain. His work brings a feeling of presence to the album; listen on the right headphones and it almost sounds like you’re right there in the Band’s rehearsal space, the basement of the pink-sided house in upstate New York that gave the album its name. Individual voices and instruments leap out of the mix: Hudson’s piano on “To Kingdom Come” positively sparkles, while the more prominent bass on “Chest Fever,” the album’s most conventional rock cut, makes the low end sound heavier than ever. This version of Music from Big Pink even includes a few glimpses behind the curtain of the album’s creation—a snatch of studio chatter at the beginning of “The Weight,” a hushed count-in for “Lonesome Suzie”—that strip away 50 years of familiarity and accumulated myth.

That renewed vitality is important, because despite the timelessness of the Band’s sound, their place in music history feels increasingly removed from our own. When Music from Big Pink appeared in 1968, the quiet confidence of its back-to-basics approach sent shockwaves through the contemporary rock scene. The Beatles’s 1970 swan song, Let It Be, which commenced recording within months of this album’s release, was effectively the English rock band’s attempt at recreating Music from Big Pink in a drafty London film studio with four people who hated each other. The Grateful Dead’s own Workingman’s Dead and American Beauty grounded Music from Big Pink’s proto-Americana aesthetic more explicitly in the counterculture of the ‘60s. Even the Rolling Stones’s Exile on Main St. feels like an inversion of Music from Big Pink’s pastoral origins—the heroin-infested French basement where they recorded the basic tracks a purgatorial counterpart to the Band’s own Edenic incubator.

Now that we’re half a century away from the rockist critical hegemony that first canonized the Band, however, these contemporary connections threaten to become historical footnotes. Decades of overexposure to “The Weight” as an all-purpose signifier of hippie-era bonhomie—in films like Easy Rider and The Big Chill, and in cover versions by everyone from Aretha Franklin and Duane Allman to Jimmy Fallon and the Muppets—have encased the album in a lucite shell of baby-boomer nostalgia it never needed or demanded. One would be right to be suspicious in 2018 of an album feted by Rolling Stone in its infancy and repackaged by a boomer-industrial complex catering to one of the few demographics that still reliably buys expensive legacy releases. But the undiminished spirit at the heart of Music from Big Pink deserves to be experienced for a lot longer than 50 years.