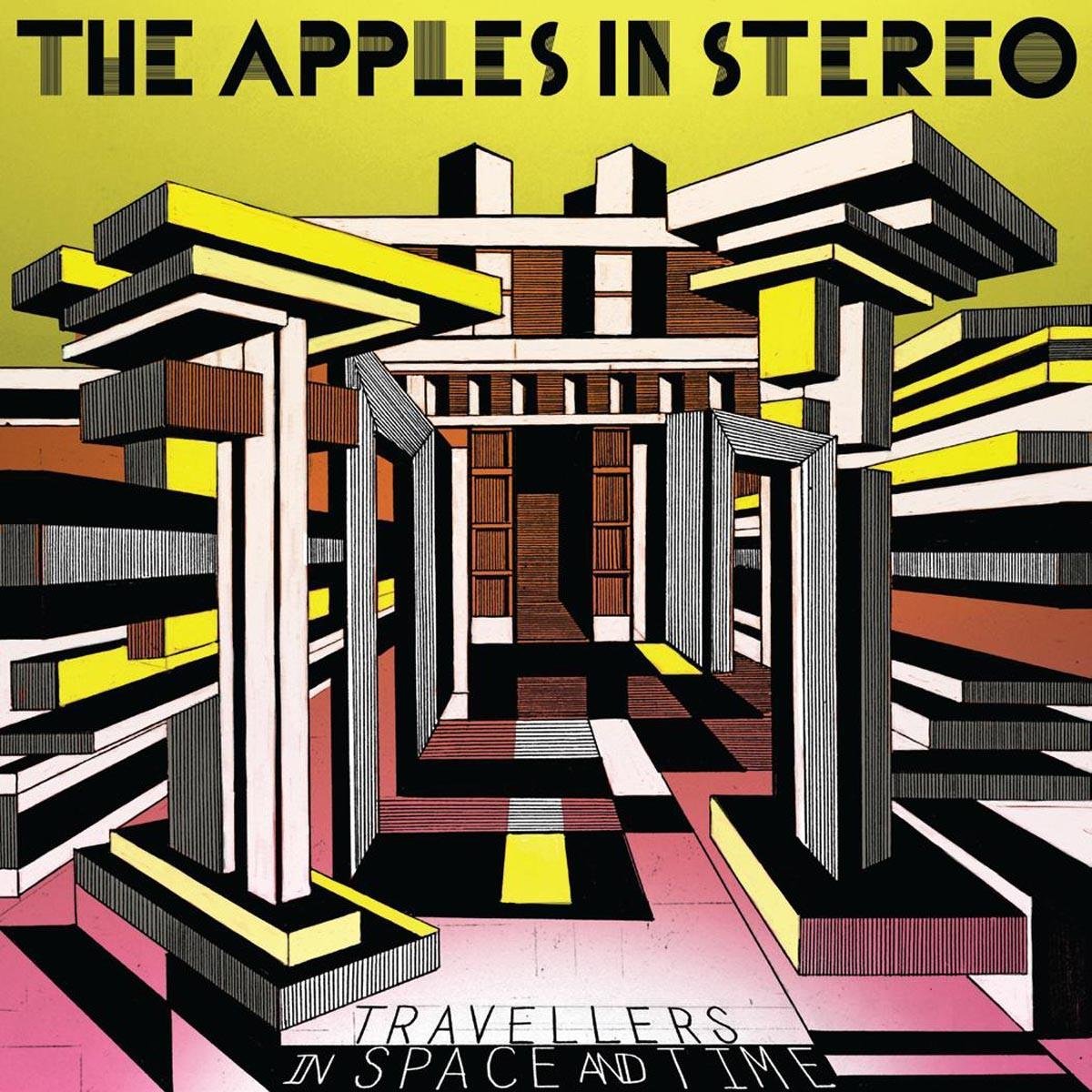 The years following the demise of the Elephant Six collective have seen a dispersion down well-worn paths for most of its members, ranging from near-instant, self-sabotaging implosion (Neutral Milk Hotel, Olivia Tremor Control, Beulah) to breakaway creative renewal (Of Montreal, Elf Power) to low-profile semi-retirement (Circulatory System). Yet the Apples in Stereo is the only act that, despite a five-year hiatus in the middle part of the last decade, have actively explored self-parody, releasing albums that, while trying to flex creatively, have strained themselves in all sorts of ways. This continues with Travellers in Space and Time, an insufferable post-twee jaunt which represents the messy sound of a band fooling around with a studio full of toys.

Where The Discovery of a World Inside the Moone was all sunny pop tropes tamped down into pre-molded experimentalism, this album, like 2007’s New Magnetic Wonder, is possessed less with a concept or idea than a devotion to masking goofing off as liberated inventiveness. It continues that album’s vagrant abuse of ELO-style vocoder, employed here in service of a theme that has less to do with aliens or the ’70s than dull songs studded with cheese-ball outer-space signifiers.

The tacky use of a repurposed instructional audio sample is the warning sign. It feels like a dusty tool wrenched from the band’s late-’90s heyday and reminds us how long they’ve been attempting to elevate itself through this kind of hollow, inane mugging. “Dream About the Future,” where bandleader Robert Schneider employs knob-fiddling studio trickery to weirdly androgenize his voice, padded by a squishy bassline, is the first indication of an over-reliance on knowingly silly shag-carpet effects. “Dignified Dignitary” is the best example of the self-sabotaging costuming the band attempts to layer on otherwise unexceptional songs, stuffed with hollowly clever wordplay and recherché “ooh ooh ooh” backing vocals, amounting to a saccharine but wholly boring strut.

In this hothouse climate, something as simple as the unnecessarily Anglicized title becomes another annoying tic, and Schneider’s claims that the album recalls “’70s R&B played by a UFO” feels like a self-conscious bid to stylistically justify a silly and ineffectual record.

Review: Merle Haggard, I Am What I Am