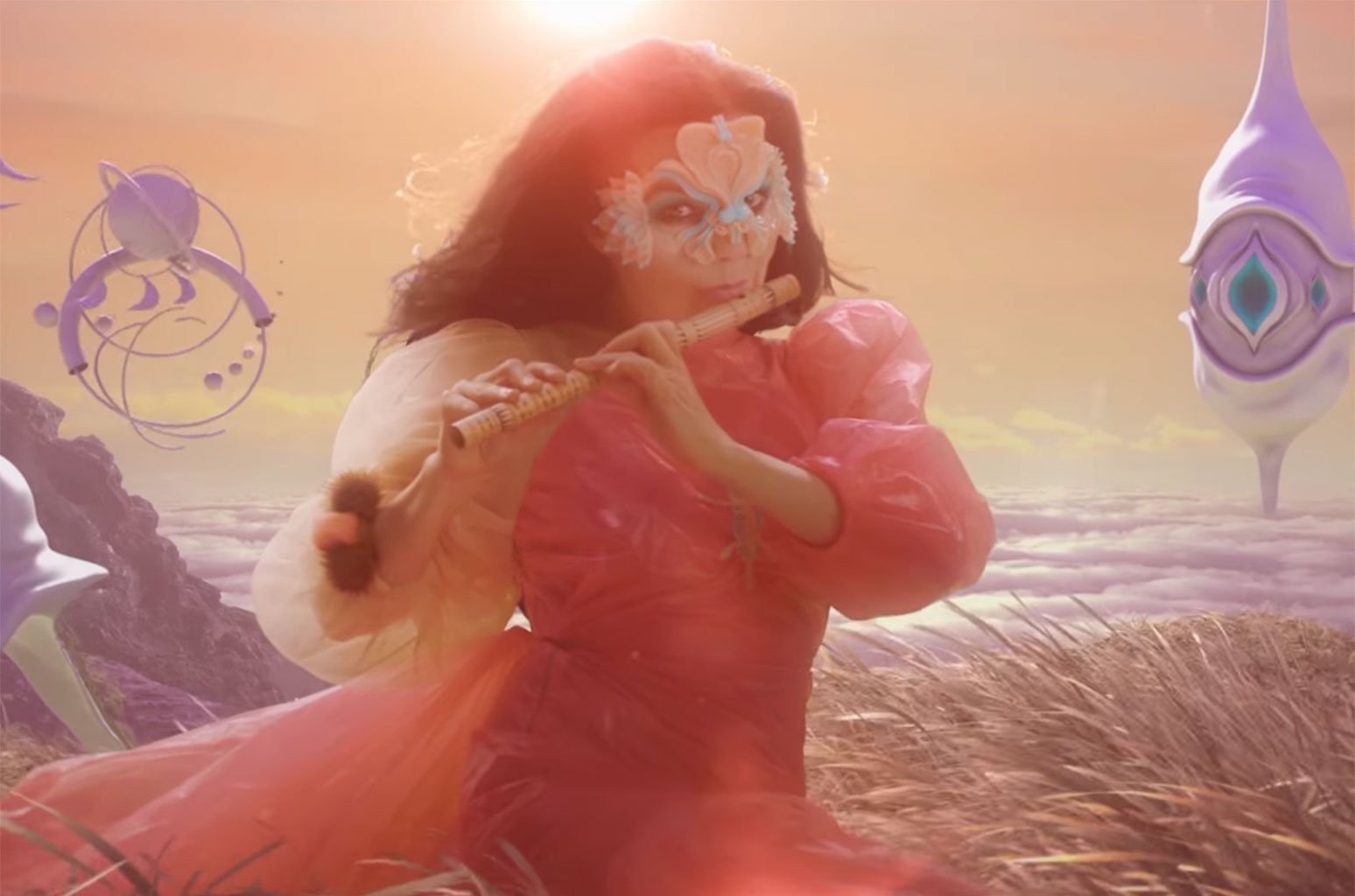 Music videos can often serve as a barometer of the times, and the way that they’re consumed today—largely shared among like-minded friends on social media alongside news and other commentary—has rendered the medium an ideal vessel for socio-political missives and observations. Among the hot topics addressed in the clips on our list of the best videos of 2017: systemic racism (Jay-Z’s “The Story of O.J.”), the opioid crisis (Danny Brown’s “Ain’t It Funny”), female solidarity (Grimes and Janelle Monáe’s “Venus Fly”). Of course, some of the year’s best videos were decidedly apolitical, from Björk’s exploration of the metaphysical properties of love in “The Gate” to Bicep’s excavation of sacred sites of the rave scene in the nostalgic travelogue “Glue.” Whether personal or political—or, in the case of Kesha’s “Praying,” both—our selections prove that the video is still a potent form for communication. Sal Cinquemani

The system is stacked against black people. That’s not a new message, and not a new cause, but this video’s depiction of the almost programmatic way that systemic racism persists feels disturbingly fresh. Killer Mike and El-P drop tabs of LSD prior to standing for a police lineup, and what follows is a series of seriocomic collisions between their hallucinations, of themselves and others, with the police’s calculated efforts to rig the system against them. Or, rather, Killer Mike. El-P shoots a stuffed bunny rabbit in the head and it’s still Killer Mike who gets thrown to the ground and arrested. Resistance, it seems, is futile, which is why Run the Jewels insists on cracking wise, for the sake of their, and our, sanity. Ed Gonzalez

When I was little, I had an unusual fascination with all things Hollywood, which, to a kid growing up in the Northeast, seemed like an exotic, luxurious wonderland. On a business trip to Los Angeles, my father brought back a book filled with charmingly dated images of the city from the late 1970s or early 1980s. Directed by Harvey Benschoter, the music video for Washed Out’s “Get Lost” is like that book from my childhood brought to life, craftily animated using cutouts from advertisements. All headbands, feathered hair, and vintage sports cars, the clip, like my memory, imagines L.A. as if it were preserved in amber. Cinquemani

At one point in the lyrics for “Moonlight,” Jay-Z decries what they did to Lauryn Hill. Just as there’s no doubt as to who “they” are, Lauryn’s own words from “Lost Ones” echo throughout this video: “Gain the whole world for the price of your soul.” In the clip, a who’s who of new black talent are tasked with reenacting an episode from Friends (here given its appropriate Whodini theme song). While the likes of Tiffany Haddish, Lil Rey Howery, Tessa Thompson, and Lakeith Stanfield cue up the laugh track, Jerrod Carmichael slowly comes to realize the fraudulence of every one of the entertainment complex’s promises. For all the meta swirling around in the clip for Jay-Z’s “Moonlight,” and there’s certainly no shortage there, it ultimately reveals itself to be an interlude of outrage for those who have had it. Call it The Unbearable Wokeness of Being. Eric Henderson

As is often the case in imaginings that romanticize the innocence of a recent American past, the future in Katy Perry’s “Chained to the Rhythm” is decidedly vintage. Helmed by longtime Perry collaborator Mathew Cullen, the video takes place at Oblivia, a utopian amusement park ostensibly inspired by the 2011 short film The Centrifuge Brain Project. Though its filled with all of the tongue-in-cheek eye candy one might expect from a Katy Perry video, as well as blink-and-you’ll-miss-them touches like a black couple being flung over a fence with the words “Safe Trip Home” painted on it, “Chained to the Rhythm” doesn’t take its premise—or the loss of her character’s state-sanctioned purity and subsequent awakening—to their logical conclusions: Rather than televise the revolution, Perry reluctantly becomes a cog in the machine. Cinquemani

Now more than ever, in an era where the laziest and least self-made administration has the gall to ban the CDC from using the word “entitlement,” effort counts for something. The VEVO description speaks for itself: “Filmed on a white backdrop, edited, then printed out. ‘Half a Million’ was created with 5,566 stickers, hand cut from the 4,868 frames and animated by sticking them down on top of each other at each of the 40+ locations.” We may be stuck in a time where all but roughly half a million are going to have to do everything for themselves, but the fruits of the Shins’s labor here suggest that the DIY spirit will eventually lift us all. Henderson

Interview: Bill Pullman on The Ballad of Lefty Brown and Battle of the Sexes