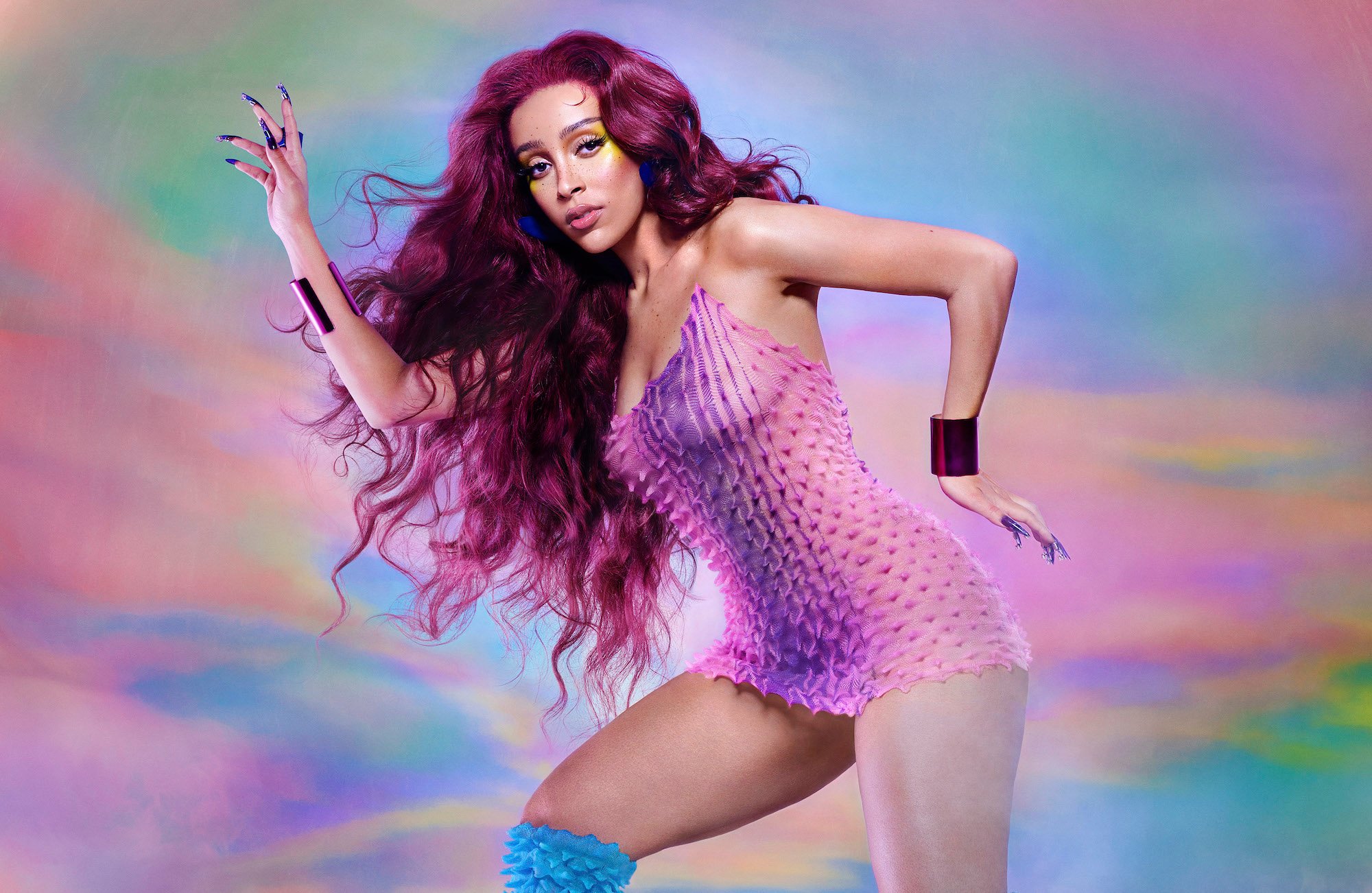 In 2021, hip-hop continued to be as plentiful as it was multifarious—a vehicle for both shining a spotlight on the world’s ills and celebrating personal triumphs. The year’s best rap albums took many forms, with our list encompassing elite cultural figures (Kanye West and Tyler, the Creator), new artists coming into their own (Little Simz and Bladee), and scrappy strivers just trying to be heard (Mother Nature and Ka). Some MCs, like Doja Cat, are reaching new heights, while others, like Vince Staples, continue to do what they do with precision and consistency. Self-sufficiency and drawing strength from within defined many of the albums on this list, though collaboration was also vital. And while the streaming era invites a certain loquacious bloat, the best rappers kept it concise, knowing what they wanted to say and sometimes delivering it in 30 minutes or less. Charles Lyons-Burt 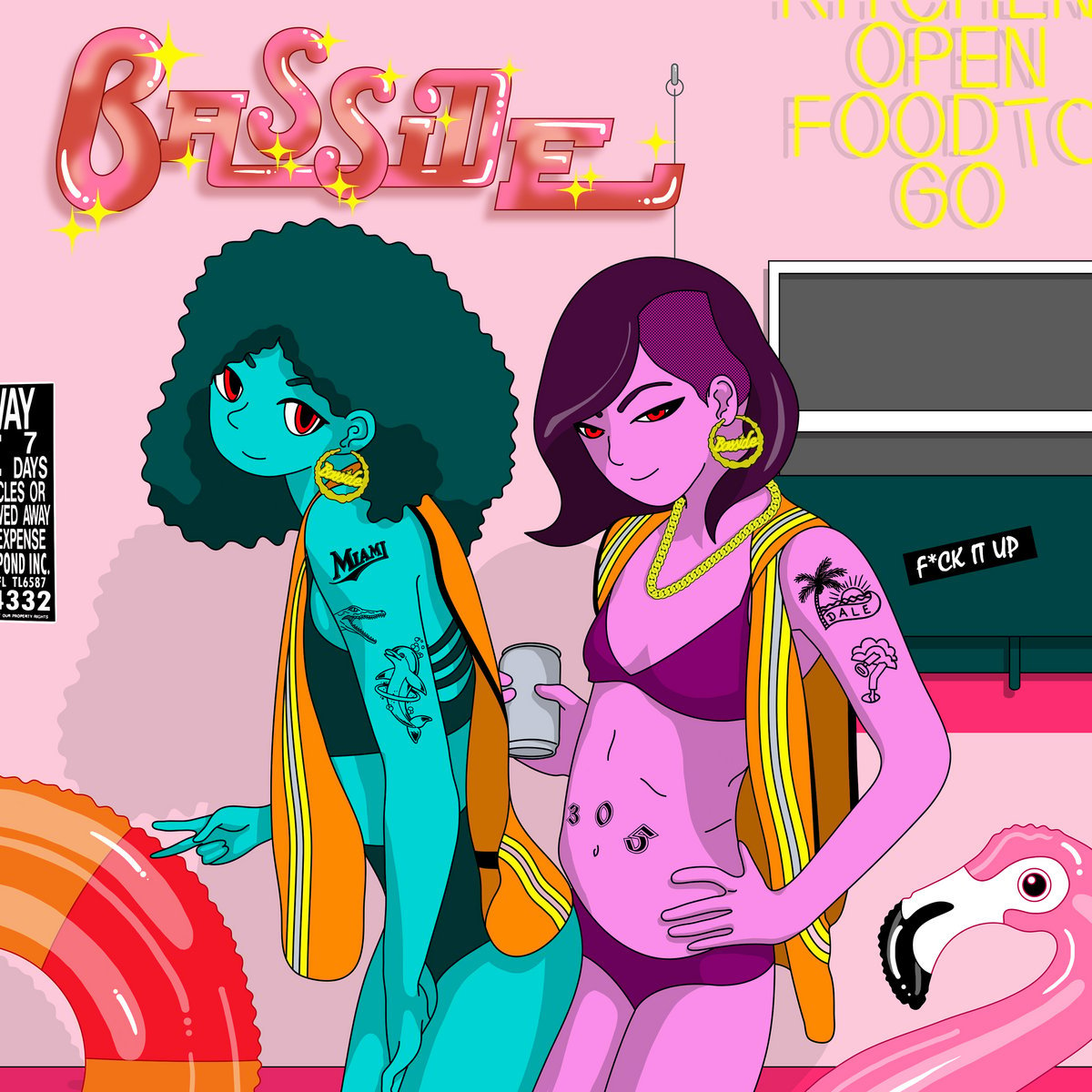 Artists like Megan Thee Stallion, Cardi B, and Doja Cat have ushered in a glorious era of women committing their sexual demands to rap verse. Underground Miami duo and childhood best friends Que Linda and Caro Loka, a.k.a. Basside, do their mainstream peers proud with Fuck It Up, six tracks recorded around 2016 with late producer Sophie. Linda and Caro spend most of the EP exploring the transactional, instant gratification of sex and relationships in the digital age. This is most pronounced on “Swipe,” wherein the two rappers each detail their horny-but-moody mindsets before firing off pithy reasons for swiping left or right through a dating app: “Your girl say she bougie/She can’t even spell it/But damn I could smell it!” To further distinguish the project, Linda is straight and Caro is queer, so their verses switch up the pair’s divulging desires from men to women, respectively, which, along with the in-your-face ad-libs and Sophie’s careening beats, ensures that there’s never an idle or redundant moment. Lyons-Burt 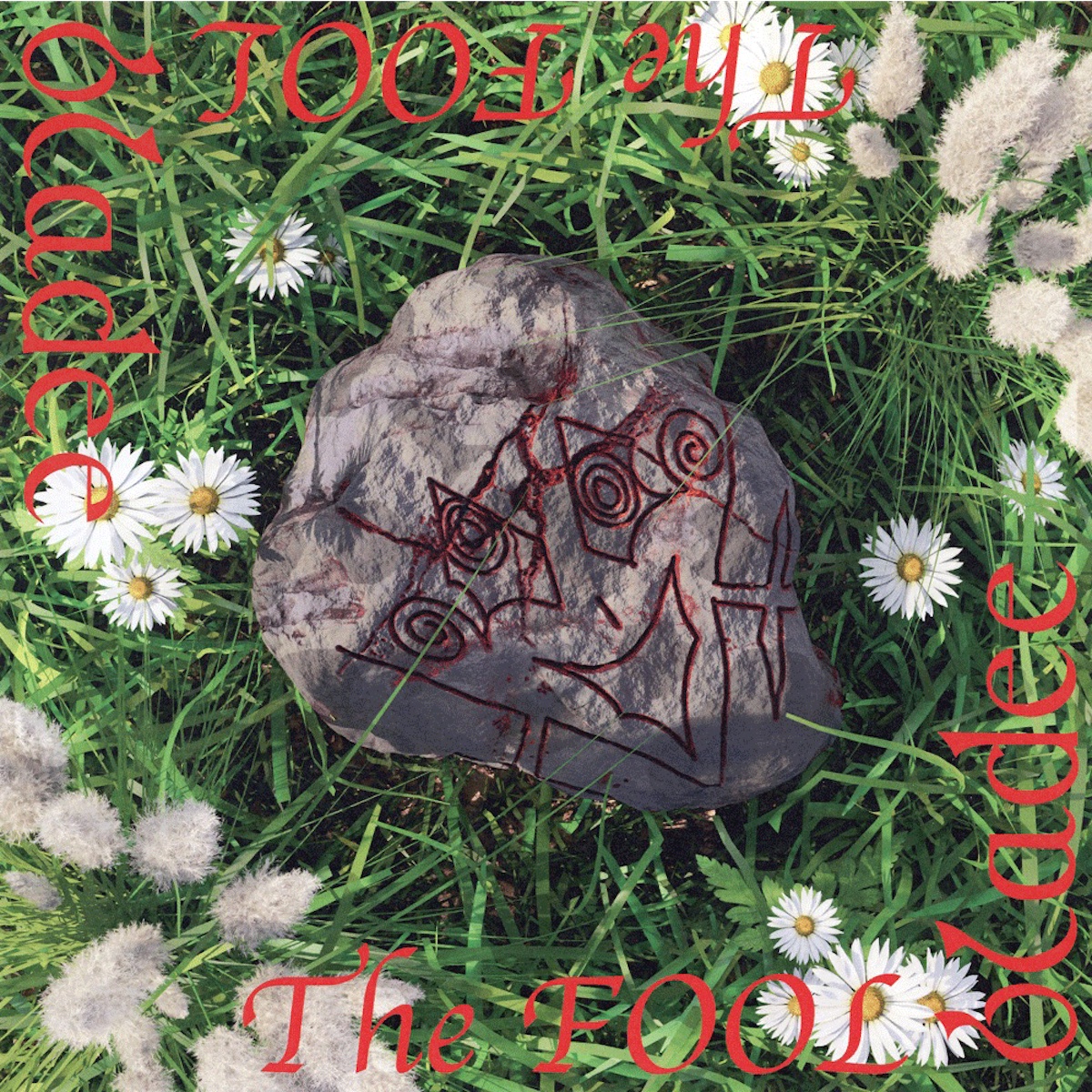 Some of the most strangely affecting hip-hop of the year comes from Benjamin Reichwald, a.k.a. Bladee. The Swedish cloud-rap pioneer (and member of the Drain Gang collective) walks us through his personal journey while riding the line between ironic distance and emotional sincerity on The Fool, his fifth studio album in as many years. Reichwald raps and sings in a way that’s often affectless yet also sweet, over icy synths and chilly keys that point toward early-2000s electro and techno. The album’s narrative follows Bladee’s efforts to reconcile an ownership of his fate and life’s direction with a tendency to infantilize himself, especially with regard to his lovers (“I’m a child in your arms,” he says on multiple songs). Full of flat-toned, deadpan absurdism and beats enveloped in the morass of the digital ether, The Fool is a project fit for our post-everything era. Lyons-Burt 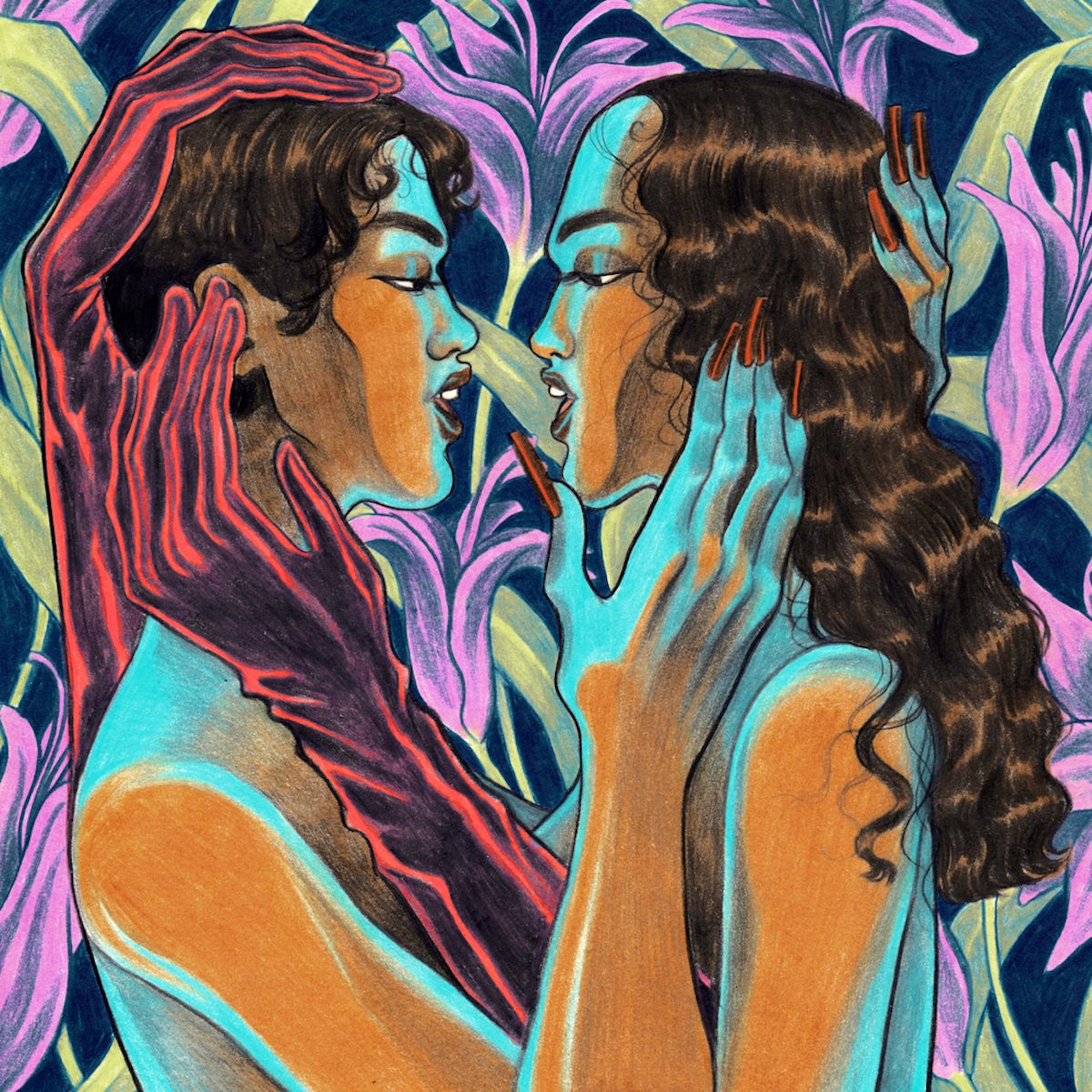 No one was nervier and more bodacious-sounding in hip-hop this year than Mykki Blanco, and the rapper’s confidence is a source of never-ending delight on her long-awaited second album, Broken Hearts & Beauty Sleep. She doesn’t take shit from anyone, be it misbehaving partners, hecklers on the street, or, perhaps, Kanye West’s G.O.O.D. Music, who took years to pay Blanco for her contribution to Teyana Taylor’s 2018 song “W.T.P.” She struts with self-possession across nine funky, exultant tracks, rapping in punchy rhymes and duetting with perfectly selected, soulful guest artists like Jamila Woods, Kari Faux, and Blood Orange. Chockfull of stylistic flourishes, Broken Hearts & Beauty Sleep is an ode to setting boundaries and upholding one’s high standards and expectations, and Blanco accomplishes this with hilarious and magnetic self-importance. Lyons-Burt 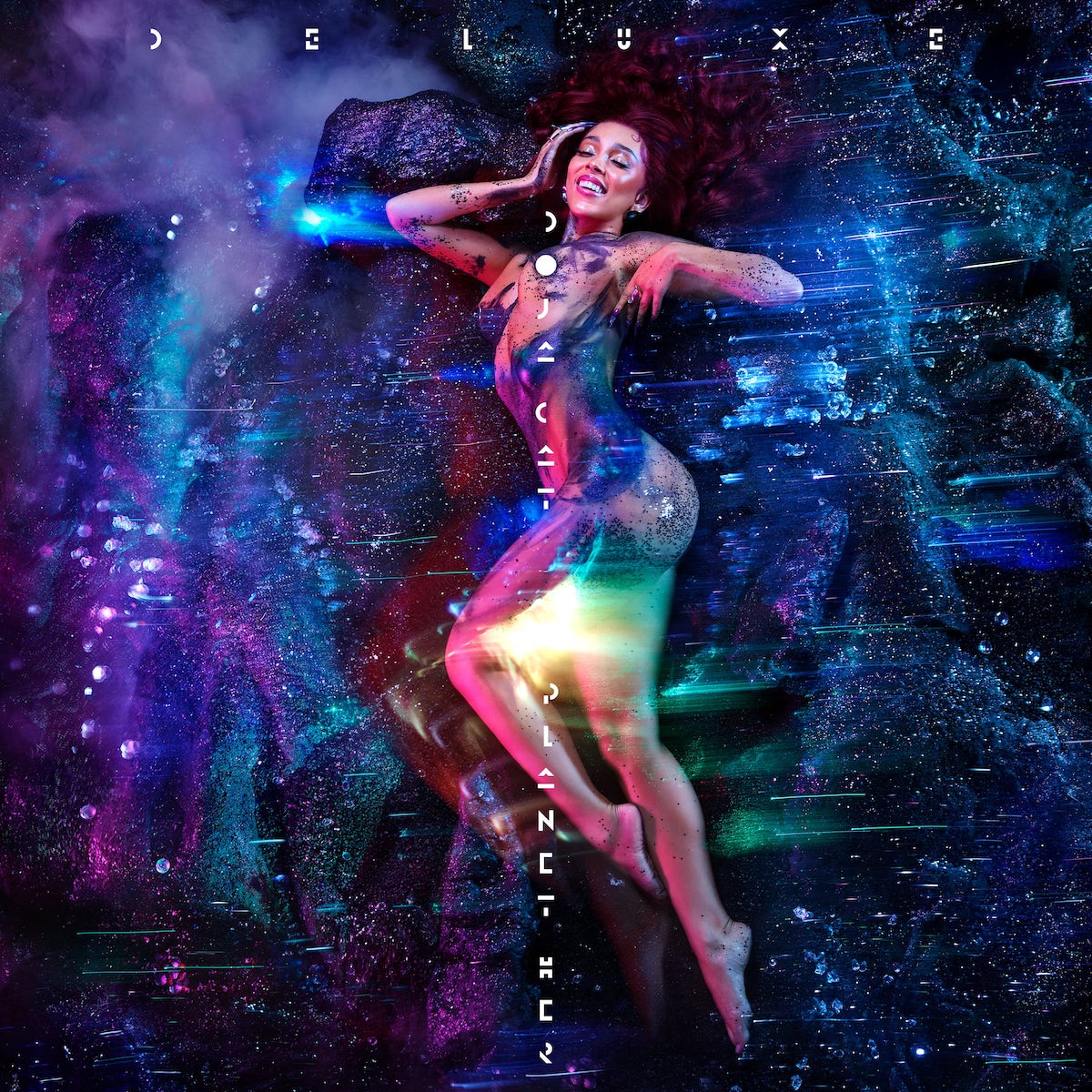 Like any of the albums from Rihanna’s unbeatable run in the late 2000s to early ‘10s, Doja Cat’s Planet Her is stacked with potential hits. The album also compares to those of Rihanna—who Doja namechecks on the hypnotic opener “Woman”—in its fusion of pop, R&B, and reggae, sewn together with sparkling production. But like Bad Bunny and Drake, Doja raps as skillfully as she sings: Many of the songs here begin with silky vocals and then merge with ease into motormouthed bars. What is singularly her own is her intonation, delivered as if with a scheming grin, and the filthy, candid explorations of sex and desire, rendered with startling veracity on a song like “You Right.” Planet Her sees Doja Cat creating her own ecosystem, thick with hooky melodies and sultry attitude. Lyons-Burt 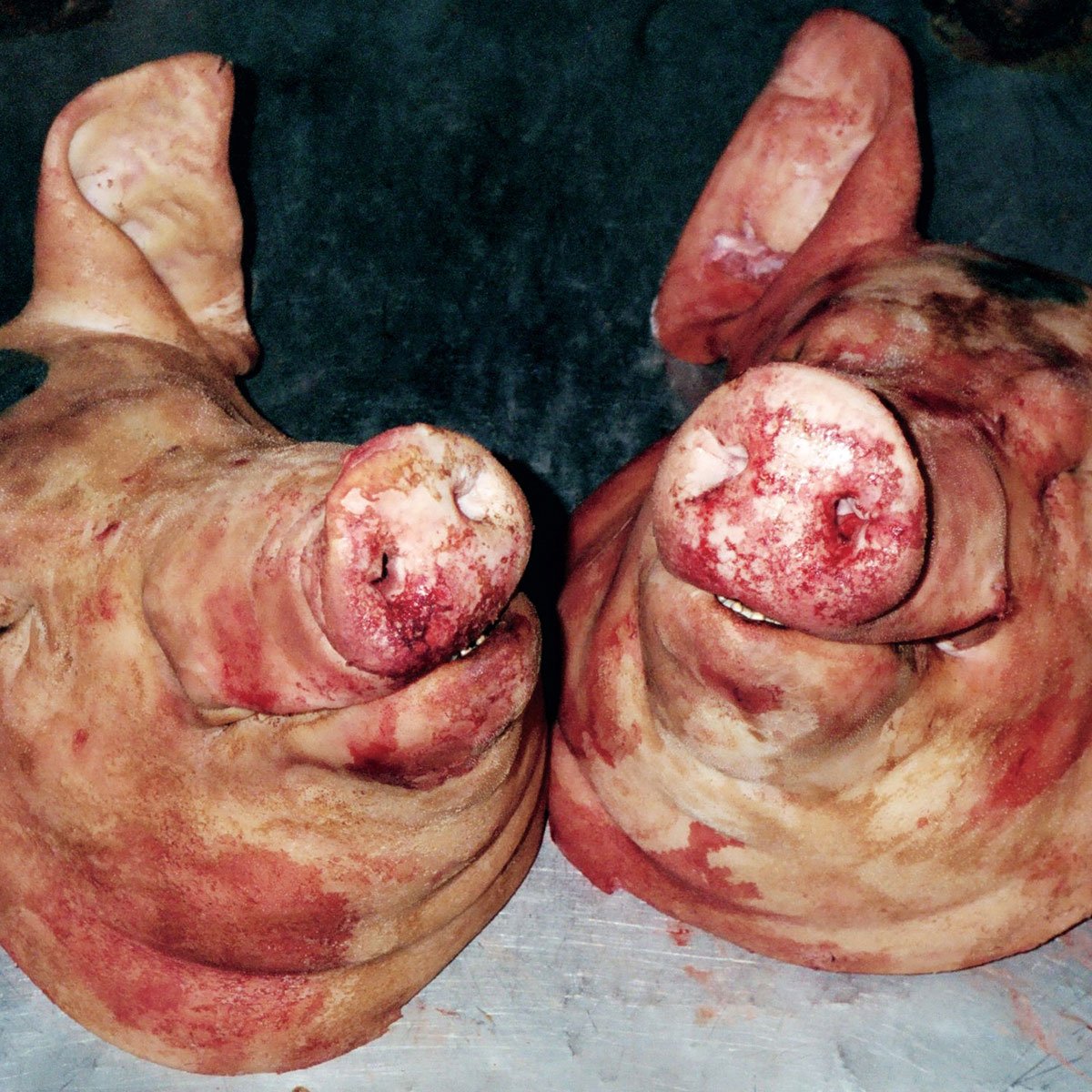 The nature of repurposing found recordings means that sampling is a medium that can provoke both life-affirming nostalgia and death-embracing doom. The grisly Haram, a collaboration between New York City underground hip-hop duo Armand Hammer and producer the Alchemist, decidedly elicits the latter. In many ways a critique of the legacy of slavery and colonialism, Haram possesses a manic, catastrophic atmosphere, almost as if the Alchemist were attempting to distill those crimes against humanity into sound. Throughout, the album’s 14 tracks unravel into convoluted tangles of disembodied voices, discordant jazz piano, and droning synths. Rappers Billy Woods and Elucid have mastered a stream-of-consciousness lyrical delivery that often prioritizes images, sensation, and rhythmic tension above easy comprehension. The group also turns their attention to the taboo, the immoral, and the inhumane: Where one’s first instinct might be to look away in disgust or horror, they would rather scrutinize, poke, and prod, and exaggerate the taboo. On “Indian Summer,” Woods recalls moving back to the U.S. from Africa, painting a hellish landscape out of the racism encountered in American suburbia and declaring, without the slightest hesitation, “I swore vengeance in the seventh grade/Not on one man, the whole human race/I’m almost done, God be praised.” Sophia Ordaz

The Great Film Performances of 2021