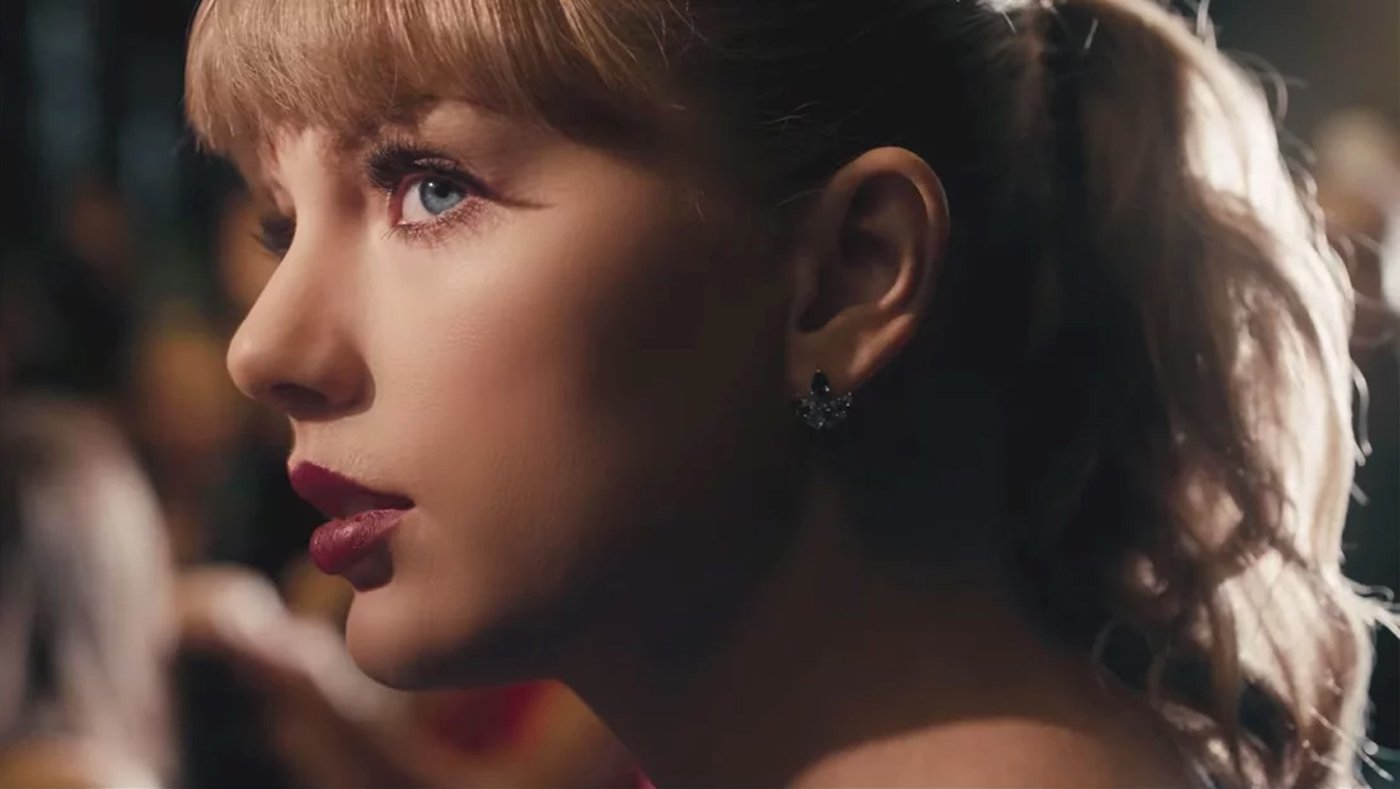 The music video for Taylor Swift’s “Delicate,” the latest single from her album Reputation, made its world premiere last night at the iHeartRadio Music Awards, where the singer accepted the trophy for Female Artist of the Year. The clip, directed by longtime collaborator Joseph Kahn, was shot at the Los Angeles Theatre and the Millennium Biltmore Hotel, where Swift is seen going through the motions of a red-carpet interview. A man hands her a sparkly note, which, once inside, Swift discovers is the key to her anonymity. She becomes invisible to her fans and bodyguards, who until that moment literally follow her every step.

Notably, Swift doesn’t lip-sync a word throughout the video, instead using her newfound freedom to rip off the bottom of her blue fringe dress and bust some silly, white-girl dance moves. The concept, which also involves her making funny faces in a mirror, is clearly intended to humanize Swift, who’s become somewhat of a pop-culture pariah in recent years. Reputation introduced a harder version of the former country singer, but true to its title, “Delicate” shows a softer side of Swift.