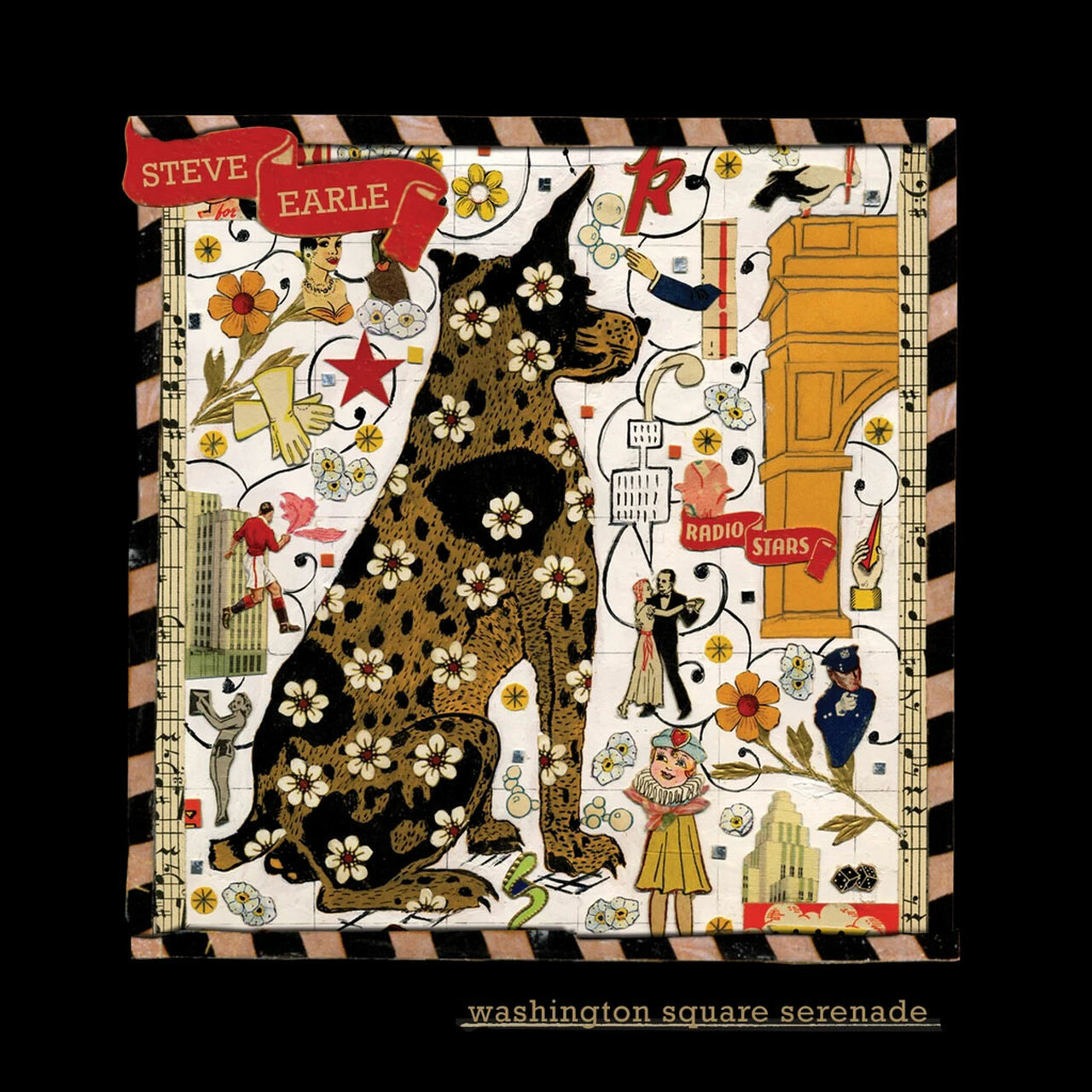 The left-wing bent of Jerusalem and the subsequent The Revolution Starts…Now have rendered Steve Earle persona non grata in conservative Nashville. Now he’s got a new wife and muse in singer Allison Moorer and a new stomping ground in Greenwich Village. With Washington Square Serenade, the Townes Van Zandt disciple eases up on the rhetoric as well as the volume. Through these banjo-inflected songs, his voice is more youthful and spry than his haggard hillbilly appearance lets on, marking a move toward a sweeter, more hopeful—though no less flawed—outlaw persona.

Initially, Dust Brother John King’s drum loops stick out like a nudist at a nunnery, and as the beautiful fare-thee-well “Tennesee Blues” gets you singing along, the beats irritate all the more for mucking up the escape. “Down Here Below” is a Lou Reed-styled tour of Earle’s new hometown; the song weaves ragged tales from street level, punctuated by a Matchbox 20 chorus and a cool hobo-rap. The theme song for his radio show, “Satellite Radio” serves no purpose in this context; the shameless plug becomes annoying for its whiny tone, repetition, and advertisement-as-art intentions.

The upbeat, Brazilian-flavored “City of Immigrants” marks the political lobbying portion of the record; Earle makes his case for inclusion, touting, “All of us are immigrants/Every daughter, every son/Everyone is everyone.” And while he’s feeling all sentimental, “Sparkle and Shine” honors Mrs. Earle (the seventh) with a lovely canticle melding early Tom Waits with a chorus inspired by the Beatles. A tale of drug addiction, “Oxycontin Blues” applies modern themes to traditional Appalachian folk. Spreading his wings both geographically and musically, Earle racks up more wins than losses on Washington Square Serenade, but while the high points are in line with his best work, he didn’t dispose of his excess baggage before the move.

Review: Steve Earle & the Dukes, So You Wanna Be an Outlaw

Review: The World Made Straight

Review: Alicia Keys, As I Am