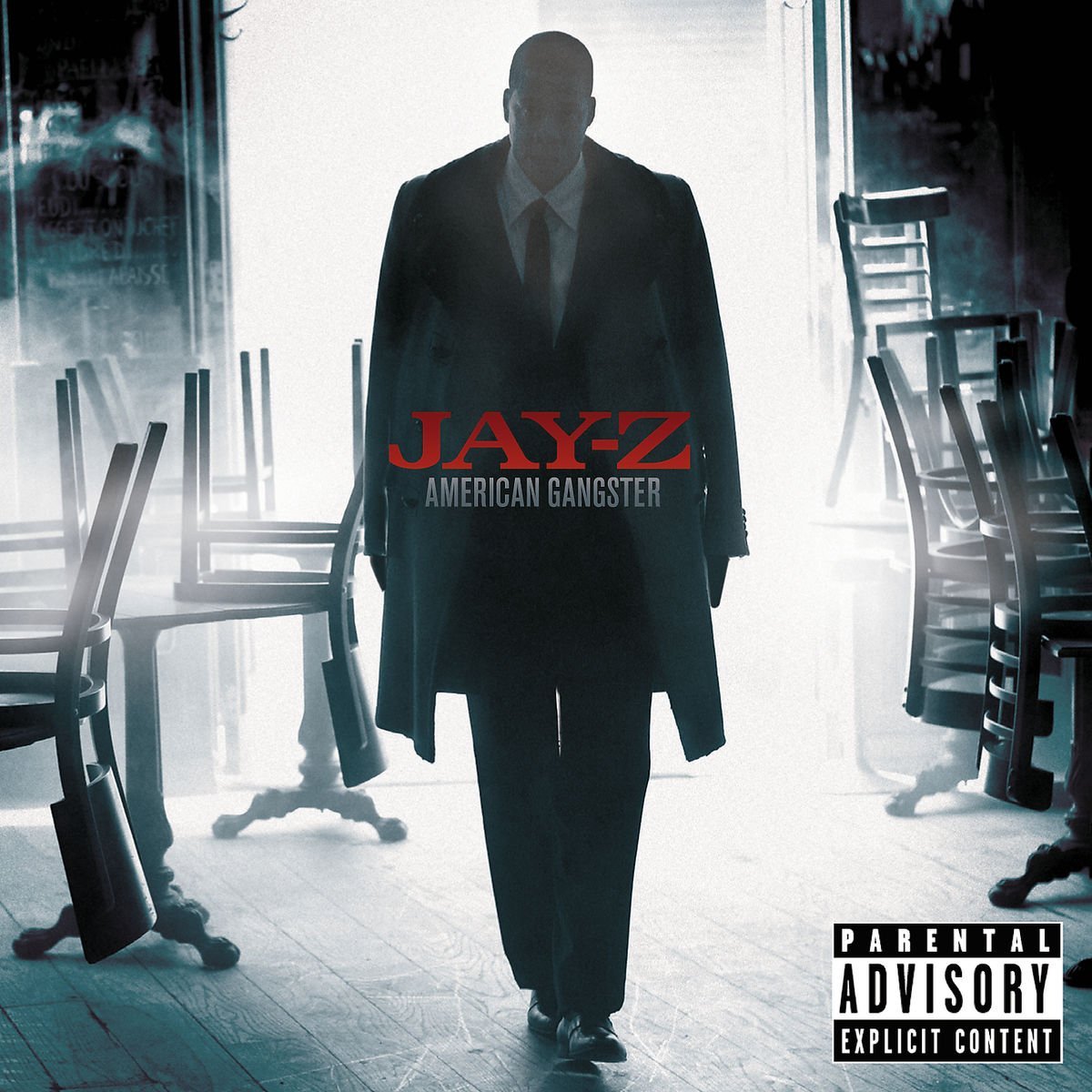 First the good, though not particularly surprising, news: Jay-Z’s American Gangster is much better than last year’s Kingdom Come. Like 2001’s largely Kanye West-helmed The Blueprint, Gangster sports a lot of ‘70s soul and funk samples, but that album was, even on the practically virulent “Takeover,” pretty fucking fun: Who doesn’t want to sing along with the Jackson 5’s “I Want You Back”? American Gangster, on the other hand, samples much creepier material, like Marvin Gaye’s cunnilingus ode “Soon I’ll Be Loving You Again.” There’s a brooding, anxious texture to the beats that match Jay-Z’s darker, more conflicted lyrics (more on that in a minute). The production duties are divvied up pretty equally between Diddy, the Neptunes, Just Blaze, and No I.D., who each produce two or three top-notch tracks apiece, and while that means the record has an eclectic sound, it’s not particularly showy. The Lil’ Wayne duet “Hello Brooklyn” has the reverberating bass and gritty drum machine of a Cash Money track rather than the sparkle of, say, a Kanye West/Jon Brion collaboration, and by keeping the production to a dull roar, all attention is on Jay; the effect is not unlike a jazz trumpeter soloing over a basic chord progression.

Which leads me to the more problematic, though not particularly bad, news: Jay-Z’s rhymes are still elaborate and his vocals are still as smooth as microwaved syrup, but lyrically he’s a little inconsistent. Gangster addresses, more so than any other major hip-hop release in recent memory, the disconnect between the glory of getting rich off dealing drugs and the destruction that drugs can reap upon an inner city community: On opening track “Pray,” the narrator (HOVA? Denzel Washington’s Frank Lucas from American Gangster, which inspired the album? An amalgam of the two?) remembers walking past “needles on the ground” to his high school homeroom, then reveals that he’s grown up to become a dealer himself, remarking coldly that with a “fistful of dollars, ignorance is so blissful.” But then there’s “Ignorant Shit,” which draws a disturbing parallel between rap fandom and drug addiction: “C’mon, I got that ignorant shit you need/Nigga, fuck, shit, ass, bitch, trick plus weed/I’m only trying to give you what you want/Nigga, fuck, shit, ass, bitch, you like it, don’t front.” This moment says more about the frequent vapidity of rap music and its audience than a whole truckload of senate hearings.

Even when he’s trying to raise consciousness, Jay-Z doesn’t really have any valid solutions. On “Say Hello,” he informs Al Sharpton that “When Jena 6 don’t exist/That’s when I’ll stop sayin’ ‘bitch,’” as if there’s a correlation between a racist justice system in a Southern town and why a rapper from Brooklyn might choose to write and record a sexist lyric. And he still clearly values excess: The badness of a schoolyard filled with needles might not outweigh the awesomeness of having an “apartment in the Trump I only slept in once.”

Perhaps Jay-Z’s roots as a freestyle rapper lead inevitably to contradiction; he reportedly wrote the lyrics for Blueprint in two days, and up-to-the-minute references like the “Jena 6” reference suggest little time for revisions. This off-the-top-of-his-head technique is what helps make Jay-Z’s flow so mesmerizing, but it also explains why this American Gangster might compare himself favorably to both Erik Estrada’s Officer Poncherello and OJ Simpson. Then again, that’s sort of what we love about Jay-Z: He’s not a real gangster, but he is a real poet. And like the greatest of American poets, he admits that, very well then, he contradicts himself. American Gangster contains multitudes.

Review: The Carters, Everything Is Love