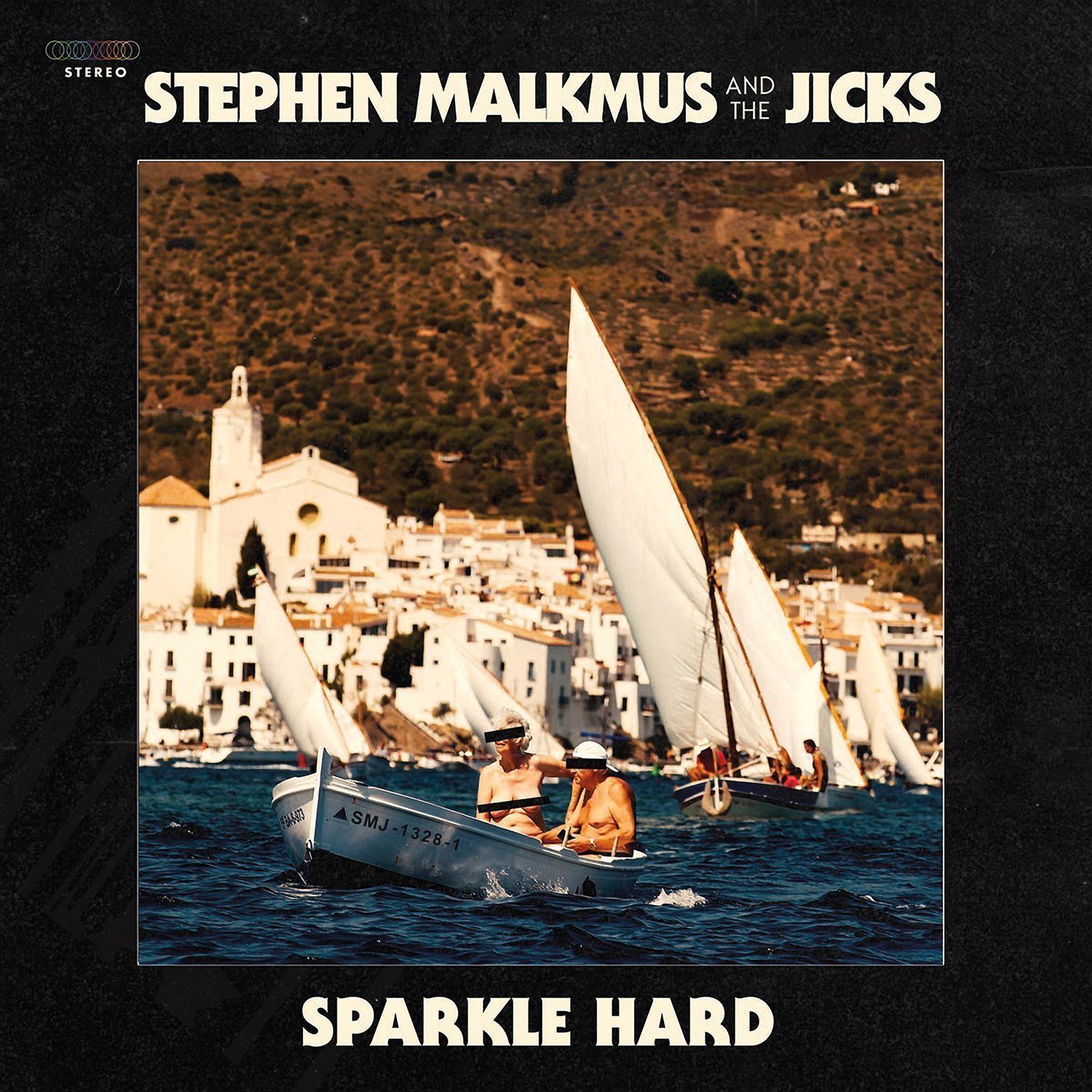 Stephen Malkmus’s seventh album, Sparkle Hard, makes overtures toward a level of tonal maturity not often heard from the former Pavement frontman, whose cavalier wordplay and lackadaisical Cali accent still sometimes make him sound like an overgrown teenager, even at 51. Malkmus has been prone to juxtaposing tasteful pop songs with classic-rock elements and offbeat lyrics since Slanted and Enchanted, and the audible delight he still takes in such musical mischief is apparent throughout Sparkle Hard.

This is obvious right from the get-go with “Cast Off,” the first instance of Malkmus opening an album with a tender-sounding ballad since Wowee Zowee’s “We Dance.” But just as Malkmus threw a wrench into that Pavement classic’s stately tone with his most absurdist set of lyrics, he opts for subversion on “Cast Off” with a lonesome piano motif that sounds like it was played by a child fresh off of learning “Chopsticks” for the first time.

Malkmus pulls a similar bait and switch with the closing track, “Difficulties – Let Them Eat Vowels.” For three minutes, it’s a lovely ballad with a tumbling refrain that’s lyrically nonsensical but is melodically as beautiful and cathartic as anything he’s written in recent years. Then it morphs into a lightweight, wah-wah guitar-heavy jam. While this latter twist does undercut what would have been a very emotionally satisfying finale, both songs are heartening testaments to Malkmus’s enduring playfulness.

Which is why it’s so disarming when he does play it almost completely straight on Sparkle Hard’s lead single, “Middle America.” A soft-pop strummer in the tradition of “Major Leagues” and “Here,” it not only boasts one of Malkmus’s most sublime melodies, it’s probably the closest Malkmus is ever going to come to a confessional song. When he sings, “Time gets to me and I/The heir apparent just might try,” it sounds like Malkmus is grappling with getting older, while the second chorus sees him putting some of the wisdom he’s learned from that process into words: “Men are scum, I won’t deny/May you be shitfaced the day you die/And be successful in all your lies/In the wintertime.”

That might sound flippant by most singer-songwriters’ standards, but coming from Malkmus, it feels uncommonly sincere. Of course, the very next song, “Rattler,” is an Auto-Tuned novelty, just another reminder that for Malkmus, being a mature artist and an irreverent goofball aren’t mutually exclusive.

Review: Courtney Barnett, Tell Me How You Really Feel