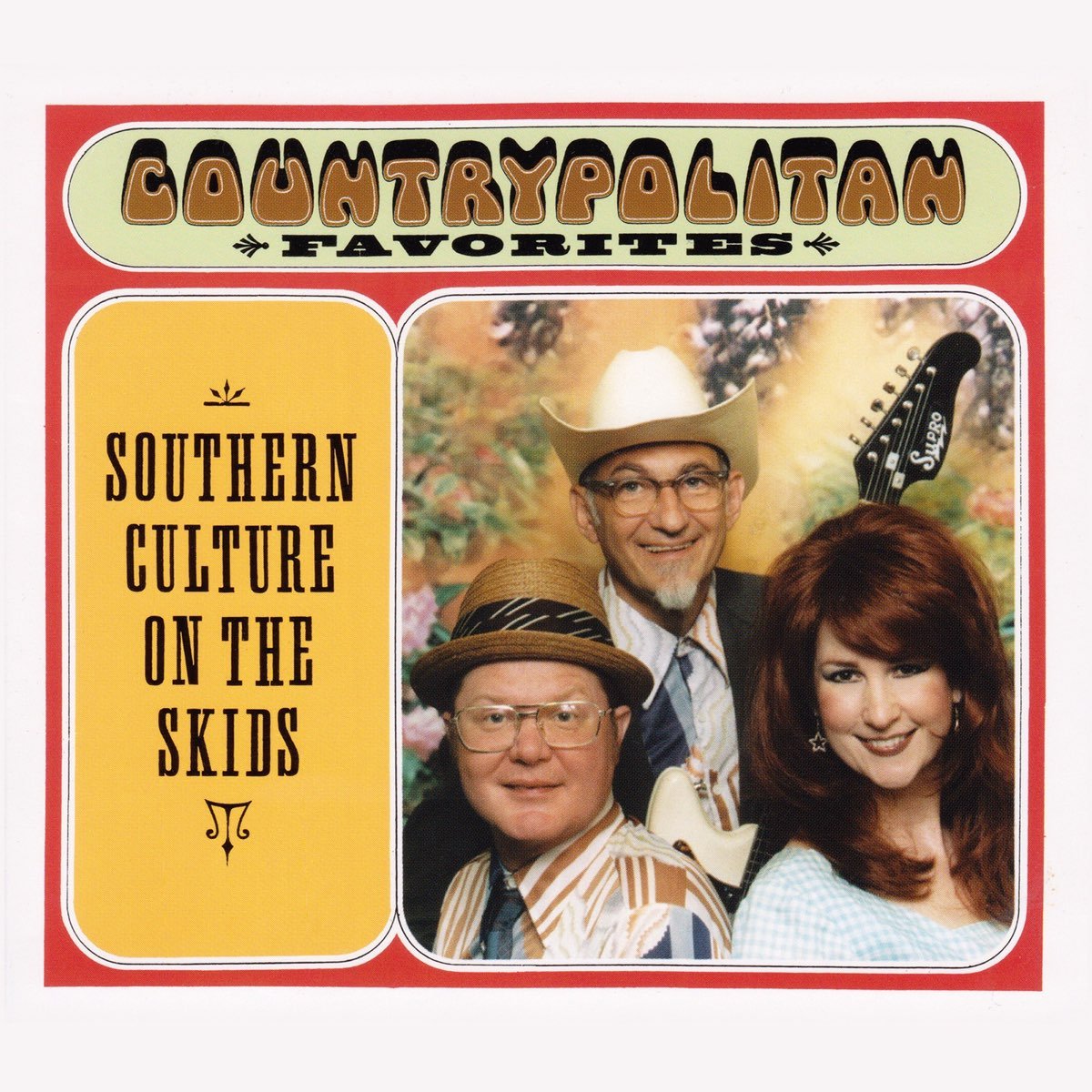 For their name alone, Southern Culture on the Skids has too often been dismissed as a novelty act, even during alt-country’s peak years when most anything that sounded more “country” than Lonestar or SheDaisy could find an advocate. To their credit, the trio—multi-instrumentalists and dual leads Rick Miller and Mary Huff, and percussionist Dave Hartman—remained impervious to such dismissals, continuing both to throw buckets of fried chicken into the crowds at their shows and, more importantly, mature into a band with a singular trademark sound that owes as much to blues and rockabilly as it does to classic country. In retrospect, a dour sense of self-seriousness doomed alt-country to the piles of soundalike albums still being churned out today. Southern Culture, in contrast, were one of the few acts willing to let the seriousness of their musicianship speak for itself, which allowed songs like “Banana Puddin’” and “Liquored Up & Lacquered Down” to transcend the campiness of which they were accused. They’re a lot like Dolly Parton in that regard—the joke’s on you if you ignore the fierce intelligence behind the cornpone shtick.

That Southern Culture truly gets it is showcased throughout their latest release, Countrypolitan Favorites, as perfect an example in recent memory of how to record an album of cover tunes. Playing loose with the “favorites” tag, the song selection ranges from well-known cuts like Don Gibson’s “Oh Lonesome Me” and Roger Miller’s “Engine Engine #9” to more obscure offerings such as “Muswell Hillbilly” and “Let’s Invite Them Over” that sound like they should be every bit as recognizable as “Wolverton Mountain.” It’s a smartly chosen collection that strikes the same balance of vintage country themes and down-home humor that characterizes the band’s original material.

What keeps Countrypolitan Favorites from reducing to the tracklist for a killer mixtape, then, is that the band isn’t afraid to make such great songs sound like they’d written them themselves. It’s the exact opposite of Martina McBride’s robotic, grossly overpraised Timeless (a point driven home by their shared covers of “(I Never Promised You A) Rose Garden”), as Southern Culture infuses each song with the right elements of their sound, which no one could ever mistake for the restrained, polished countrypolitan style. With Miller’s blistering guitar solos, opener “Oh Lonesome Me” would even work as an instrumental, “Fight Fire” and “Tobacco Road” rock as hard as anything they’ve ever recorded, and their spirited rockabilly take on “Wolverton Mountain” makes a strong case for being the definitive version of the song. Genre purists would probably hate the album on principle, but there’s no denying the reverence or the sheer talent that Southern Culture on the Skids bring to Countrypolitan Favorites, their most consistent record to date and an album that should lead to a renewed interest in and a deeper respect for their earlier work.