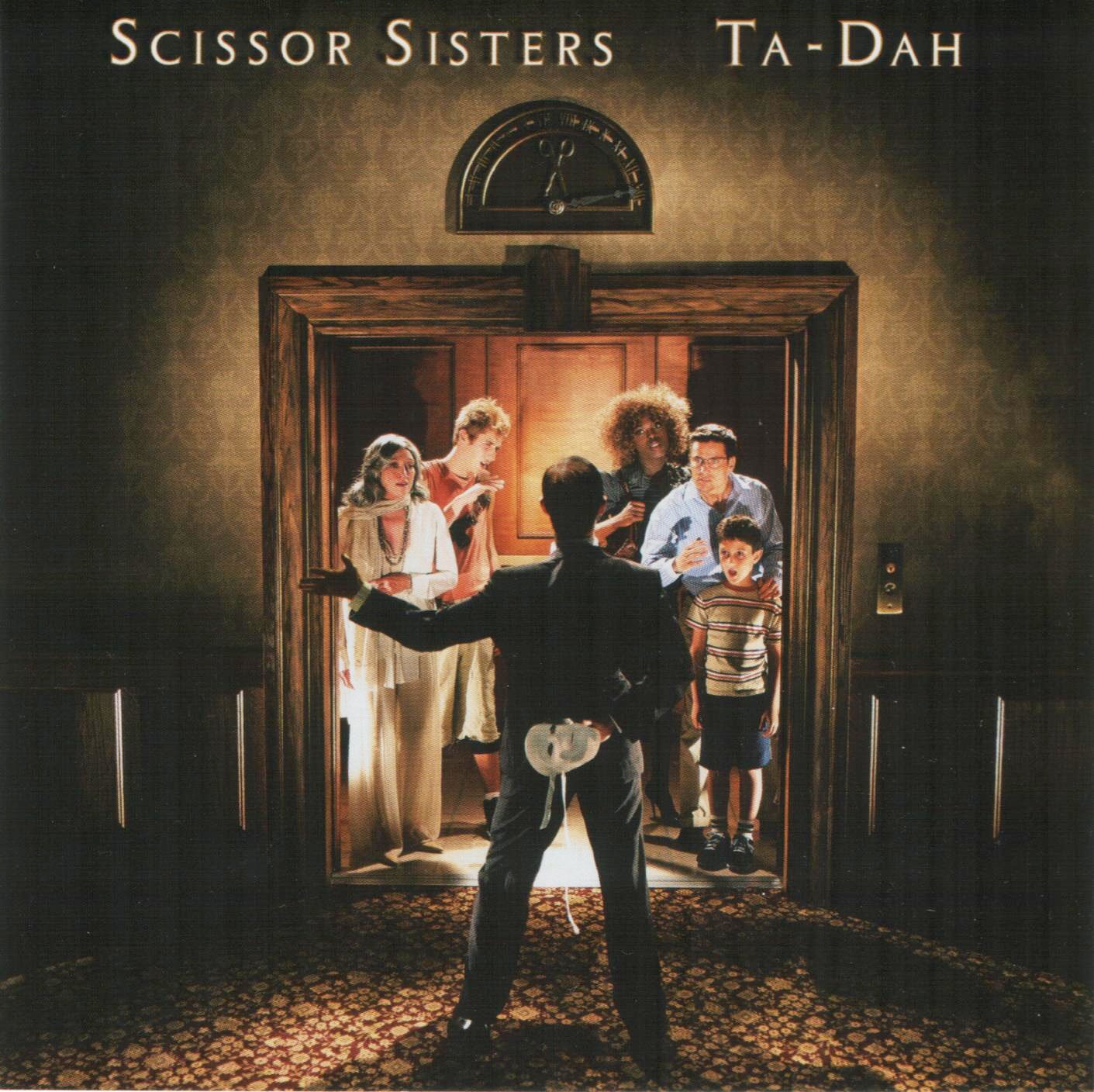 Smashing success in the UK notwithstanding, it was entirely possible that Scissor Sisters could’ve been nothing more than a pop musical footnote after the New York-based collective scored a pair of minor hits with its discofied cover of Pink Floyd’s “Comfortably Numb” and “Take Your Mama,” a killer tune Elton John only wishes he’d written 20 years ago. Not that this cheeky lot reinvented the wheel: Jake Shears, Ana Matronic, Babydaddy, Del Marquis, Derek G, and Paddy Boom (yes, pseudonyms one and all) were deftly pilfering from a rich vein of sleek, glammed-out songcraft honed by the Bee Gees, David Bowie, Queen, and the aforementioned Mr. John, whose influence is felt far more on Scissor Sisters’ superb, accomplished sophomore record Ta-Dah.

Having successfully avoided one-hit wonder status, Scissor Sisters tread confidently throughout Ta-Dah, perhaps due to the guiding hand of John’s mentorship, but more likely because the band realizes that no amount of cavity-inducing hooks will capture Stateside attentions, so why not go for broke? The irrepressible lead single “I Don’t Feel Like Dancin’” is a gleeful ode to being miserable at home on a Friday night while “I Can’t Decide,” Ta-Dah’s best cut, might be the jauntiest track ever recorded about homicide. Bursting at the seams with sounds that fell out of favor around the same time as slap bracelets, Ta-Dah is a futuristic glance back, an album that seamlessly fuses swaggering discotheque beats with exuberant 21st-century sexuality.

The sextet’s eponymous debut suffered from erratic pacing, never quite recovering from the one-two punch of “Comfortably Numb” and “Take Your Mama”; Ta-Dah doesn’t stumble until “Kiss You Off,” a weak, overlong Blondie-via-Pat Benetar grrl power track that doesn’t really know what to do with its pulsing synths, Matronic’s indifferent vocals, or the bitchin’ Whitesnake riffs. Ta-Dah isn’t an unimpeachable triumph from front to back, but it’s a hell of a good showing, and certainly far better than most would expect from a band whose previous claim to fame was sexing up the likes of David Gilmour. Scissor Sisters aren’t megastars in the U.S. and probably never will be, but that shouldn’t stop anyone from seeking out one of the best pop albums of 2006.