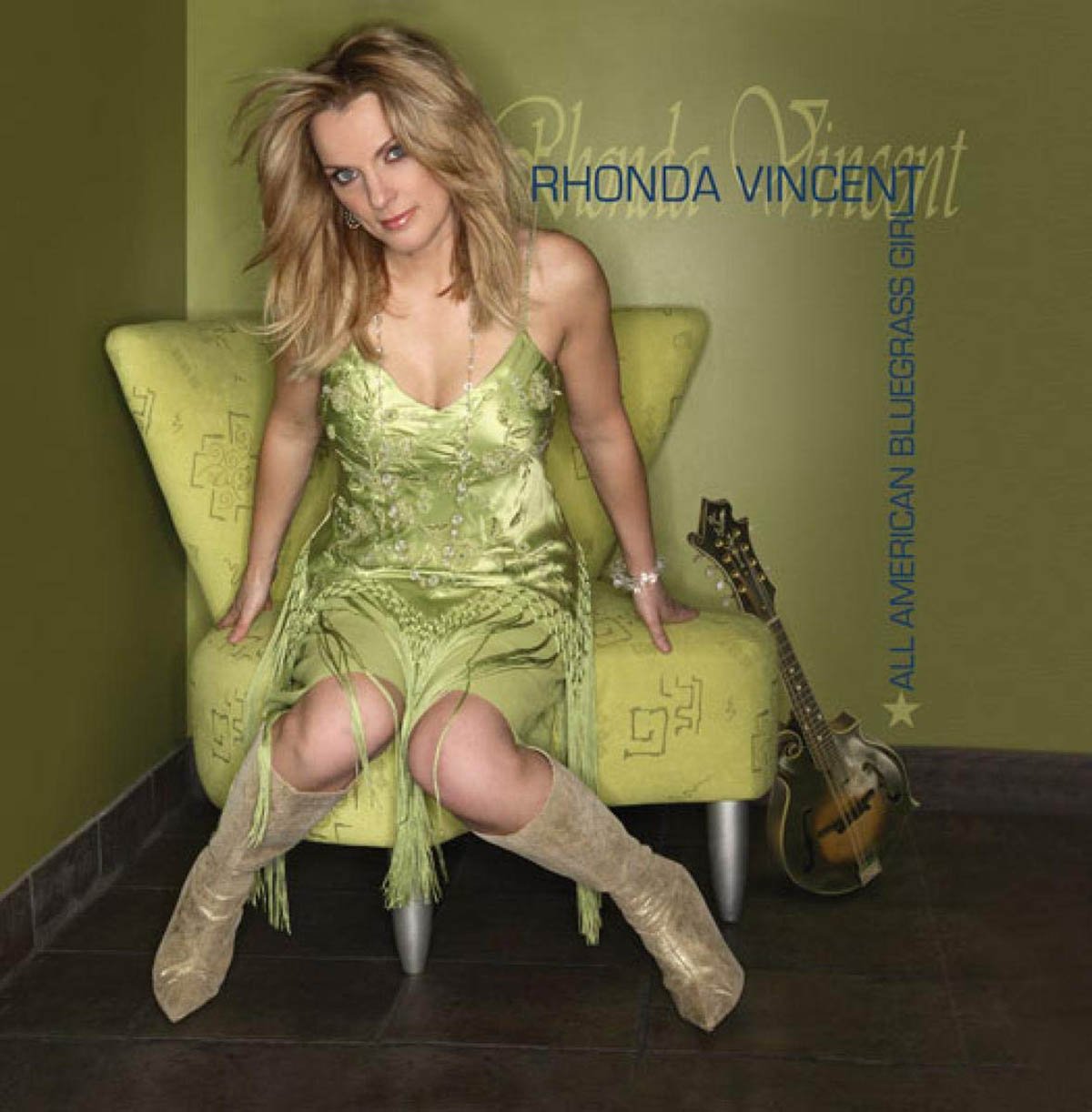 When country is labeled as popular music’s most conservative genre, it speaks to the genre’s form as much as it does its political leanings. At least on a superficial level, country music emphasizes traditionalism more so than the progressive, forward-thinking aesthetic that the most acclaimed rock and hip-hop artists typically adopt. Bluegrass music, then, represents country’s lunatic fringe, the most rigid adherents to formal tradition; try praising Nickel Creek to a bluegrass purist, and you’ll get taken to a pretty special variation of a Come To Jesus meeting.

So for Rhonda Vincent, a seven-time winner of the International Bluegrass Music Association’s “Female Vocalist of the Year” award, to title her latest album All American Bluegrass Girl is hardly the kind of strident liberal-baiting that Toby Keith and Daryl Worley have turned into successful pop-country careers, and to take Vincent to task for songs like “God Bless the Soldier” or “Jesus Built a Bridge to Heaven” would be to take the entirety of bluegrass music to task for its politics. That it was released simultaneously with The Dixie Chicks’ Taking The Long Way only makes that proposition all the more tempting. In the interest of brevity and of leaving the scab-picking for a review of the Dixie Chicks’ album itself, suffice it to say that Vincent’s politics are at least consistent and sincere and that her performance—backed by her sterling band The Rage—stands as truly exceptional musicianship.

Vocally, Vincent is in fine form, though she’s shown up by duet partner Dolly Parton on the standout “Heartbreaker’s Alibi,” the most straightforwardly country song on the album, and the lively instrumental “Ashes Of Mt. Augustine,” inspired by a volcano’s eruption during their tour of Alaska, makes a strong case that she and The Rage could forego lyrics altogether and come up with something pretty spectacular. Obviously, that speaks to a certain impulse to divorce the quality of the music from its content, which comes to a head on Byron Hill’s and Mike Dekle’s “Till They Came Home,” a song that takes a repulsive, ignorantly rosy view of the reception Vietnam war veterans received upon their return to the United States and which Vincent says she included for its “timeliness.” Great as the album’s music might be, it’s that sentiment, which ultimately overpowers the music, that makes it so difficult for someone outside its target demographic to claim that All American Bluegrass Girl’s artistic vision matches the girl’s technical gifts.