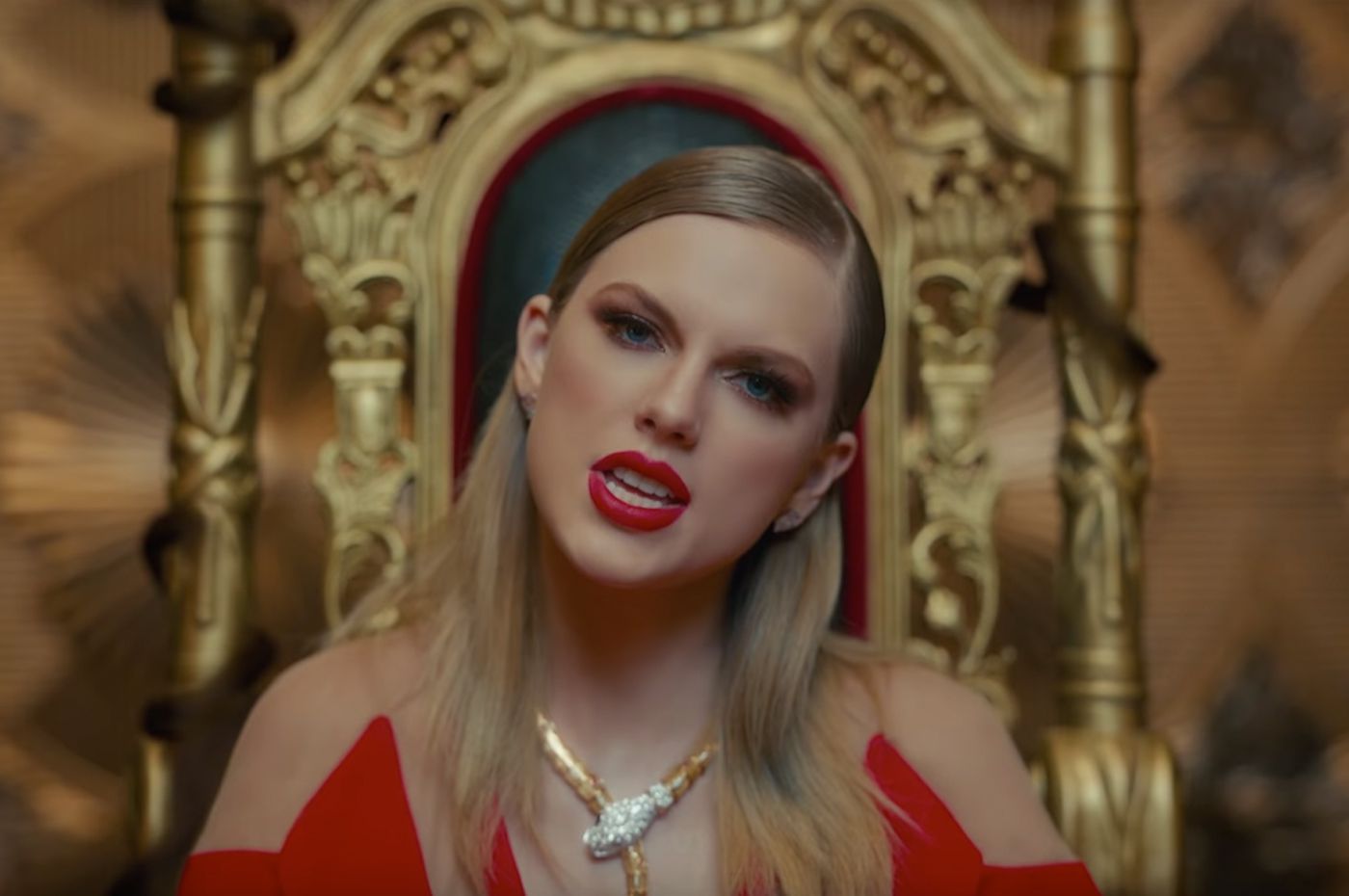 “Um, I would very much like to be excluded from this narrative?” says one Taylor Swift to a dozen-plus others at the end of her decadent new music video for “Look What You Made Me Do.” The video is an expression of melodramatic outrage tinged with the macabre that offers a better indication that Swift is in on the joke than the song itself does.

The reason for this is appropriately visual. While the imagery of Swift’s lyrics—and the lyric video, which accompanied the single’s release last week—lobs specific, personal attacks against a high-profile enemy, the Joseph Khan-directed clip loads its frame, almost exclusively, with a gallery of Swiftian grotesques: Zombie Taylor, digging her own grave; rich-bitch Taylor, bathing in diamonds; Queen Taylor, charming snakes; bratty gold sports car-crashing Taylor, her only companions a Grammy and an iced-out cheetah; and so on.

At first these scan as usual video-badass posturing. But by the time we get to the climax, involving hundreds of Swifts—many recognizable from various phases of her career—all violently vying for queen-of-the-mount status, the impression becomes one of an artist taking aim foremost at the vices of her own celebrity. When the clip’s coda devolves into unpleasant, petty bickering between all the Taylors, the hook “look what you made me do” starts to sound less like a declaration of revenge than one of self-destruction.

It’s fine if you aren’t entirely convinced: The song, self-critical or not, is still explicitly meant as a diss track directed at an arguably mentally unstable black artist, as retaliation for using language in a song that the legendary Kim tapes proved Swift at least partially gave her permission for. (Meanwhile, crooner bro Father John Misty gets to open a song with “Bedding Taylor Swift every night inside the Oculus Rift” without incurring so much as a subtweet.)

What works about the video is that it serves to shift that conversation, to almost radically reshape the narrative of Swift’s forthcoming new album, Reputation, only a week into its rollout—and so probably not for the last time. When the single dropped, even its menace sounded like the utilization of a familiar Swiftian tactic: turn tabloid gossip and bad press into self-empowerment, into mythmaking. And it felt a bit tired.

The video acknowledges that cumulative exhaustion—and at the same time, it aligns Swift with one of the most exciting narrative traditions in pop music: the hard reset. In the very last moments of the video, the Taylor requesting “exclusion” is drowned out by a chorus of other Taylors yelling, “Shut up!” Swift’s biggest axe to grind this time may just be with herself.