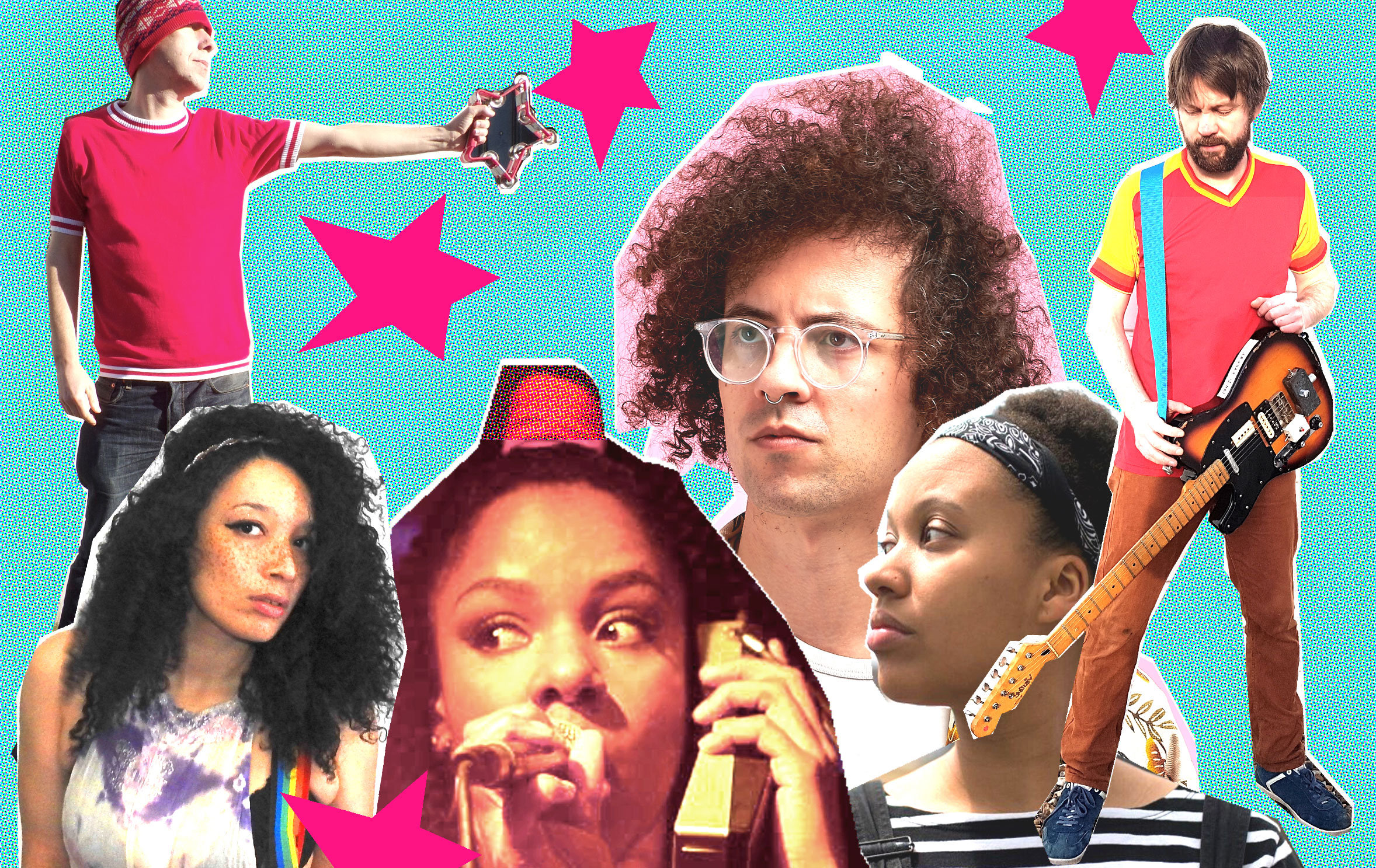 In the Go! Team’s world, no challenge is insurmountable, and joy is always within reach. The English six-piece band’s densely detailed plunderphonics sound, reassuring lyrics, and catchy melodies are a tribute to the ways that music can inspire radical change, insisting with unflagging vivaciousness that positive outcomes aren’t just possible but inevitable. In short, in a musical landscape that increasingly disfavors happiness, the Go! Team’s sixth album, Get Up Sequences Part One, is an anomaly.

The album’s opening track, “Let the Seasons Work,” reprises the marching-band horns, hip-hop beats, and steel drums that were so prevalent on 2018’s Semicircle to exhilarating effect. The production is generally crisper and louder here than on the Go! Team’s earlier work, but it preserves their music’s signature noisy exuberance. “Cookie Scene,” which lives somewhere between ‘80s rap and a double Dutch chant, epitomizes the album’s nostalgic coziness and earnest enthusiasm. This energy never lets up, with “World Remember Me Now” ending Get Up Sequences with the same degree of lofty, enthralling verve as the opener.

As is typical of the Go! Team’s music, the vocals on the album are often submerged deep in the mix, but the occasional lyrics are optimistic and self-assured. The aptly titled “Pow,” for instance, consists of calls to “get on up” and declarations that “We don’t want to sit down/It’s time to throw down.” Between the persistent evocations of the ‘60s and messages of self-confidence, it’s hard not to interpret lines such as these as vaguely political, but Get Up Sequences could accompany a protest rally just as easily as it could a football game.

This, in part, is the result of Go! Team founder and producer Ian Parton’s collage-like sampling style, which creates rich layers of sounds from across decades. The album’s sense of nostalgia also comes from the vocal performances of lead singer-rapper Ninja and guest vocalist IndigoYaj, whose voice evokes the brash looseness of Ronnie Spector and whose rapping harkens back to the assertive hip-hop that was in vogue in the early ‘80s.

Even largely wordless tracks like “Freedom Now,” a dizzying psych-rock instrumental peppered with sirens and chanting, conjure hazy images of protests. Likewise, “A Memo for Maceo,” a chugging fusion of electronica and country, is surprising at first because it, too, lacks lyrics, seemingly contradicting its title. But the message is the music itself. Independent of the lyrics, the album’s kaleidoscopic array of references to Motown, jangle pop, hip-hop, Bollywood, and reggae—all genres associated with political resistance—conjures a sense of empowerment.

Get Up Sequences deals, in part, with a breakup-and-makeup narrative that never actually approaches heartbreak or resentment. “We Do It But We Never Know Why,” which is strikingly similar to Semicircle highlight “Chain Link Fence,” represents romantic misfortune as an opportunity to do better in the future, supported by an assumption that all things work out in the end. Similarly, “I Loved You Better” seems poised to attack an ex’s new lover, but instead turns out to be an assertion of self-worth. Perfectly in step with this tireless optimism, the album peaks with the joyous “A Bee Without Its Sting,” a celebration of reconciliation. It’s no accident that this story has a happy ending. The Go! Team wouldn’t have it any other way.