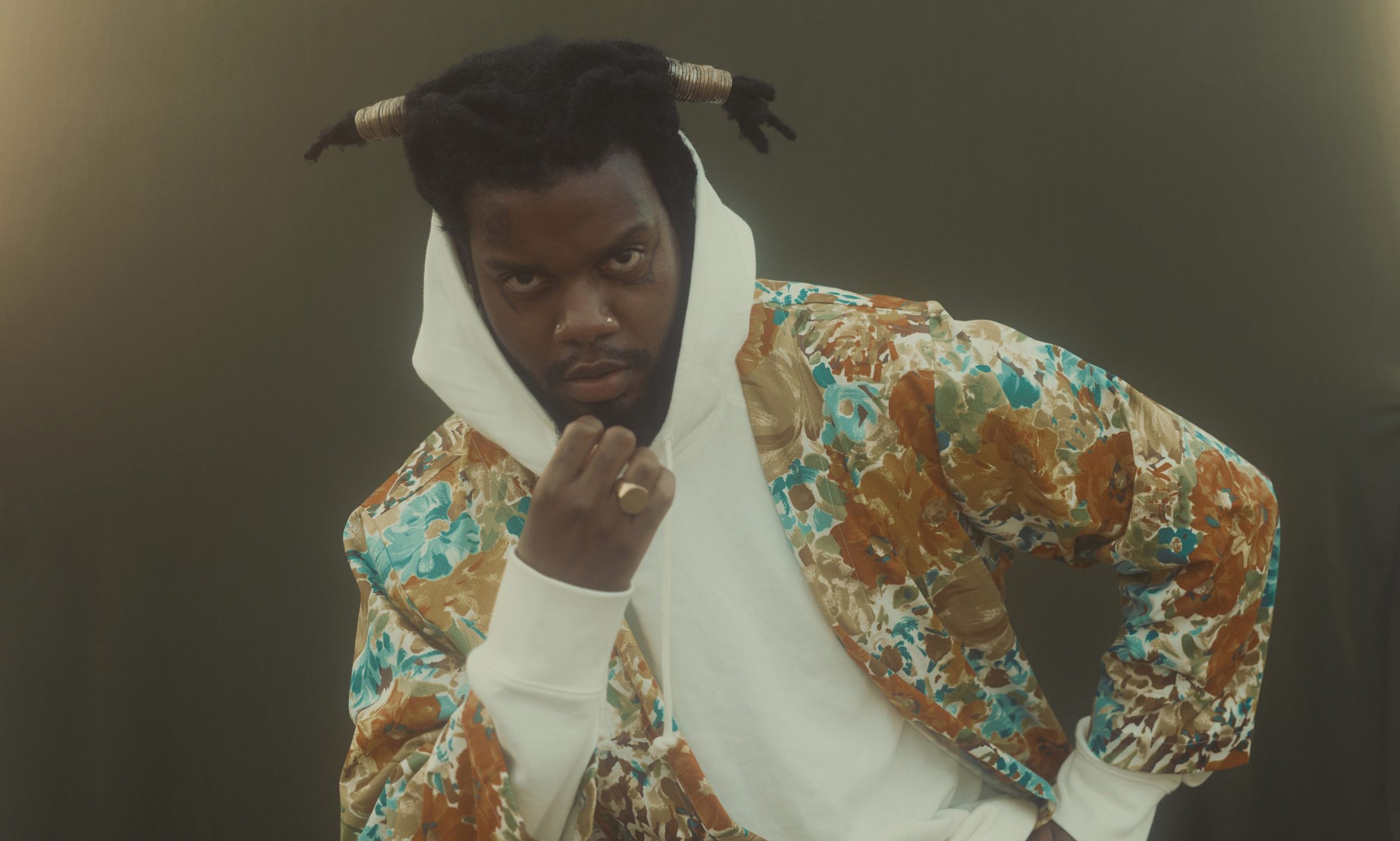 “No heavy hearts in my next year,” Josiah Wise promised on “A Comma,” a track from his 2020 EP Apparition. It was a bold claim from the Baltimore-bred, Los Angeles-based artist who, under the moniker serpentwithfeet, specializes in a grandiose fusion of R&B, gospel, and soul guided by powerful emotional outbursts and evocative metaphors. His second full-length album, Deacon, scales back the divine aspirations and melodramatic tendencies of his 2018 debut, Soil, for a more intimate approach.

Wise favors classic R&B beats, replete with finger snaps, shimmering chimes, piano, and 808s, throughout the album. Rather than conflate a lover with God, as he frequently did on Soil, he puts the first names of three lovers—“Malik,” “Amir,” and “Derrick”—right in the song titles and centers his lyrics on specific encounters rather than theatrical statements of emotion. Images like the “corny outfit” on a man he’s eyeing at an Atlanta club or questioning whether someone prefers “beer or rosé” ground the album’s portraits of dating and romance.

When Wise observes, “I began to believe nature’s magic was reserved for bees/Not for the men I meet” on opening track “Hyacinth,” it becomes clear that Deacon is predicated on a newfound realization that perhaps the universe, and even the singer’s own world, doesn’t revolve around his love life. At times looking beyond both a higher power and a quest for partnership, the album further expands the artist’s purview: “Fellowship,” the closing track, forgoes romance altogether and celebrates the comforts of platonic companionship.

Deacon is admittedly missing the magisterial transcendence of songs like Soil’s “Wrong Tree” and “Cherubim,” but its soundscapes are no less textured, from the slippery snares and synths of “Same Size Shoe,” to the rollicking percussion of “Fellowship,” to the gloomy echoes of “Amir.” Despite the album’s sonic restraint, though, there’s plenty of emotional angst on display. True to its title, “Heart Storm” is tempestuous, with Wise and guest vocalist NAO hyperbolically singing of how “the sky is gon’ split open once we are holding each other” over a busy smattering of organ, synths, and thunderclaps. And his cunning sense of humor, which routinely deflates the self-importance of his work, is as crafty as ever, as when he tremulously jests, “I think Imma need a map after this/‘Cause I don’t know where anything is/Where’s the grocery store?/What’s my address?/What’s my name again?” on “Wood Boy.”

“Hyacinth” highlights one of Wise’s recurring preoccupations, his interest in talking about being a sexual bottom: “I’m his little spoon and all the soup on his mouth came from me,” he quips. Later, on the playful “Wood Boy,” he plainly sings, “I want you on top of me…Damn I like him inside me…rearrange me.” Wise’s exploration of queer sexual roles is welcome in a culture that’s noticeably short on such depictions, and all the more fascinating for how he ties these themes to traditional gospel and R&B frameworks (the title of the album itself references a professedly subservient position in Christian churches).

On Deacon, Wise continues to prove how insightful he is at weaving his romantic obsessions with painfully honest, emotional expressions of his personal fuck-ups. Only this time his songs are more earthbound, grounded in the secular rather than the celestial.

Review: The Antlers’s Green to Gold Is Powered by a Sense of Muted Awe