Julien Baker’s first two studio albums, Sprained Ankle and Turn Out the Lights, found the singer-songwriter and multi-instrumentalist pairing her tremulous voice, gossamer instrumentation, and stark lyrical approach with themes of self-loathing, interpersonal dysfunction, and profound loneliness. On her latest, Little Oblivions, she broaches similar topics but with even more confidence, embracing harder-edged indie-rock textures to broaden her brand of “thanatoid pop,” a subgenre characterized by pained vocals, haunting melodies, and lyrics that alternate between auto-criticality and auto-apotheosis.

The album’s opening track, “Hardline,” kicks off with an abrasive organ sound that brings to mind a B-horror flick. Despite this campy flourish, though, the song’s timbre quickly turns darker: “Start asking for forgiveness in advance/For all the future things I will destroy,” Baker sings. Around the two-minute mark, she all but eschews her folk roots, embracing an alt-anthemic instrumental mix à la PJ Harvey, Sharon Van Etten, or Angel Olsen, her voice more tonally defined—and defiant—than on her previous releases.

“Relative Fiction” is one of the album’s melodic high points, reminiscent of “Souvenir” from Boygenius, Baker’s 2018 collaborative EP with Phoebe Bridgers and Lucy Dacus. The track’s ethereally repetitive piano part is used to disorienting effect, as if to induce motion sickness, with Baker offering a grimly predictable and inauspicious mantra: “I don’t need your help/I need you to leave me alone.” On “Faith Healer,” she paints a vivid portrait of someone languishing with somatic symptom disorder (“Snake oil dealer/I’ll believe you if you make me feel something”), her voice paradoxically charged and disembodied.

A shuffling drum part on “Bloodshot” contrasts compellingly with Baker’s languorous vocal. In a striking couplet that references an unnamed trauma (“Five days out from the initial event/It takes two kinds of pills to unclench my fists”), the singer describes the effects of a “trigger,” the “initial event” in all likelihood reactivating an earlier and more psychologically foundational trauma. She then defaults to syndromic fatalism: “There’s no one around who can save me from myself,” echoing the fixation of the tragic romantic.

The textural “Favor” most resembles Baker’s prior work, the singer’s tormented voice compellingly contrasted with the song’s spry instrumentation—in this case, static-y percussion and jangly guitars. Bridgers and Dacus contribute backing vocals on the hook-y chorus, their distinct performances adding sonic range to Little Oblivions. As the album progresses, Baker fleshes out her Opheliac persona, mostly striking an authentic tone, though occasionally flirting with cliché, as with the masochism expressed in “Song in E”: “I wish you’d come over not to stay, just to tell me/That I was your biggest mistake.”

On the album-closing “Ziptie,” Baker achieves a potent confluence of vocal, melodic, verbal, and instrumental virtuosity, ending the track with the proclamation: “Good God, when’re you gonna call it off/Climb down off the cross and change your mind?” With these lines, she offers a transcendent prayer to a higher power or messianic figure, an impatient brush-off to a loyal lover, or gives herself permission to end her own perennial suffering. In the latter interpretation, these oblique lyrics can be regarded as tantamount to an oblique suicide note.

With Little Oblivions, Baker upgrades her erstwhile folk style to accommodate a harder rock approach, though lyrically she’s as vulnerable as ever. Like A.A. Williams, Snail Mail, and Soccer Mommy, she successfully translates her confessional tone and subject matter into melodically and atmospherically engaging songs, resulting in an album that represents a significant step for one of contemporary music’s most eloquent artists.

Review: Lucy Dacus’s Home Video Is a Powerful, Empathetic Tribute to the Past 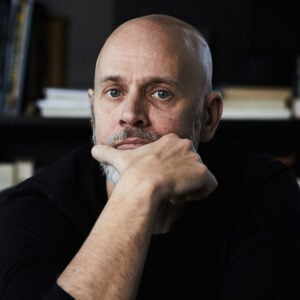 John Amen is the author of five collections of poetry, including Illusion of an Overwhelm (NYQ Books), a finalist for the 2018 Brockman-Campbell Award and the Dana Award. His music, literary, and film reviews appear in such publications as No Depression, The Line of Best Fit, Beats Per Minute, and Pop Matters. He founded and is managing editor of Pedestal Magazine.