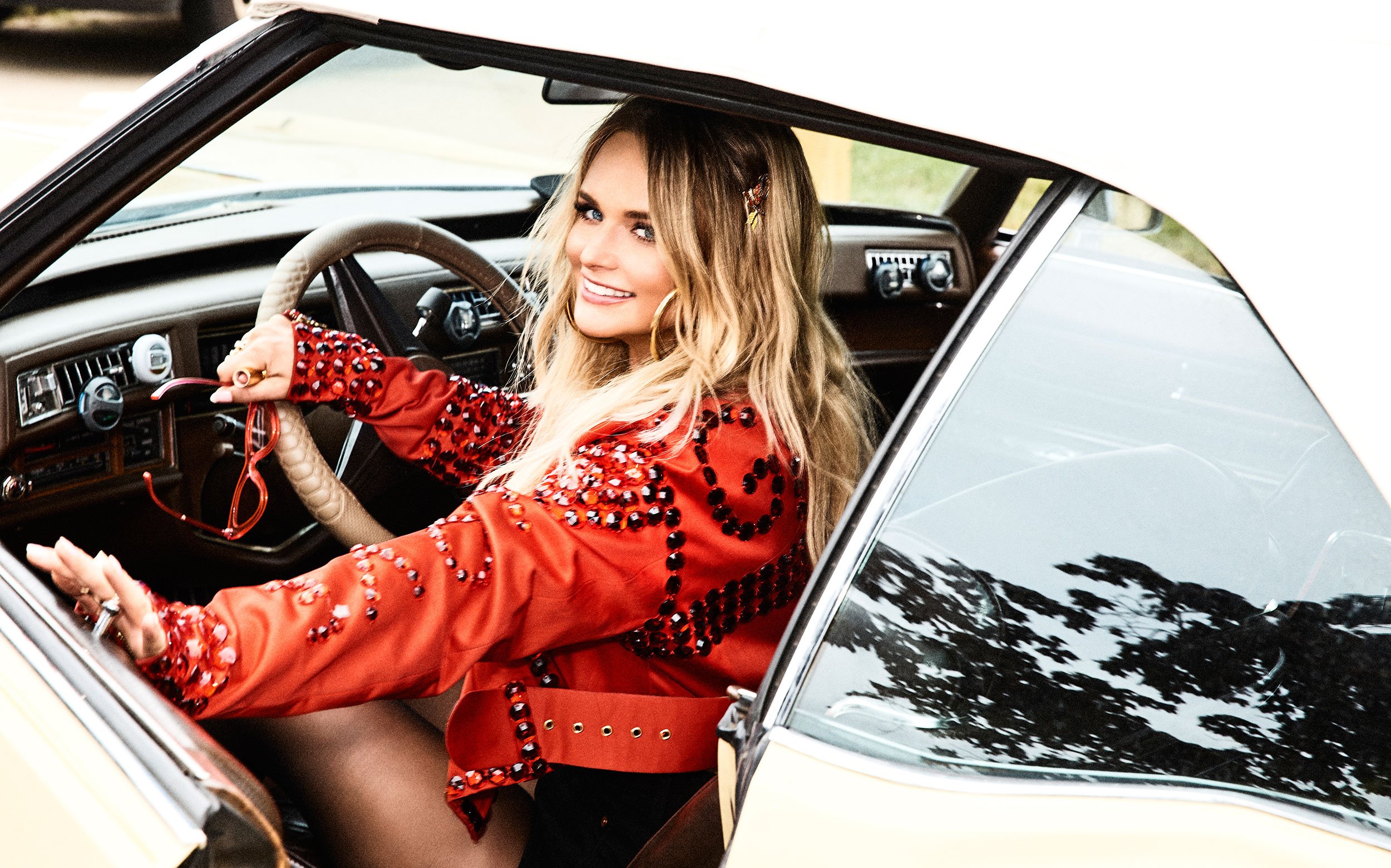 In a recent New York Times profile, Miranda Lambert called her seventh album, Wildcard, “straight down the middle Miranda Lambert.” Indeed, the album is a decided shift away from the somber reflection of 2016’s 24-track The Weight of These Wings, which was largely informed by the singer’s split from fellow country superstar Blake Shelton.

In many ways, Wildcard follows in the musical footsteps of last year’s Interstate Gospel, the third effort from the Pistol Annies, Lambert’s supergroup with Ashley Monroe and Angaleena Presley. The first half of Wildcard tips its 10-gallon hat toward that group’s style, which is typified by its brazen humor. Opening track “White Trash” is a country-rock earworm that sets the album’s tone with a fuzzed-out beat and rollicking banjo riff as Lambert proudly declares that—despite her 401k, treasures in her closet, and fancy house—she just can’t keep her “white trash off the lawn.” It’s not a confession so much as a flag-waving anthem.

It’s this type of outlaw energy that catapulted Lambert to stardom on 2007’s Crazy Ex-Girlfriend, and it’s still present in fits and starts on tracks like “Way Too Pretty for Prison” and “Locomotive.” The album’s lead single, “It All Comes Out in the Wash,” finds her rattling off an embarrassing laundry list of character flaws with a knowing wink. The song’s vignettes range from getting “frisky with your boss at the coffee machine” and “knocked up in a truck at the 7-Eleven” to pouring “a merlot to go,” all delivered with nonchalant coolness.

The album’s second half loses a bit of its impact when the tempo downshifts. Songs like “Bluebird” and “How Dare You Love” harken back to some of the shimmery pop of 2009’s Revolution, and Lambert lets the gloom in on the drinking ballads “Dark Bars” and “Tequila Does.” On the midtempo “Pretty Bitchin’,” she rotely employs various uses of the word “pretty” with diminishing returns, describing the pretty things she owns, how pretty she looks from the front and back, and a general feeling of her life being “pretty bitchin’,” all things considered.

And while the latter half of Wildcard constitutes a bit of a shuffled deck of genres, there’s enough of a kick to the album as a whole to warrant its title, and Lambert certainly has the chops to sell it. Though she lowers the emotional stakes (and tracklist count) here, she still manages to deal out plenty of country-rock bombast, even if she’s traversed these genre paths before. At the very least, it’s nice to see Lambert kicking up her heels and having fun again.

Review: FKA twigs’s Magdalene Is a Knotty Meditation on Self-Possession

Review: Kanye West’s Jesus Is King Is a Compelling But Veiled Act of Self-Worship