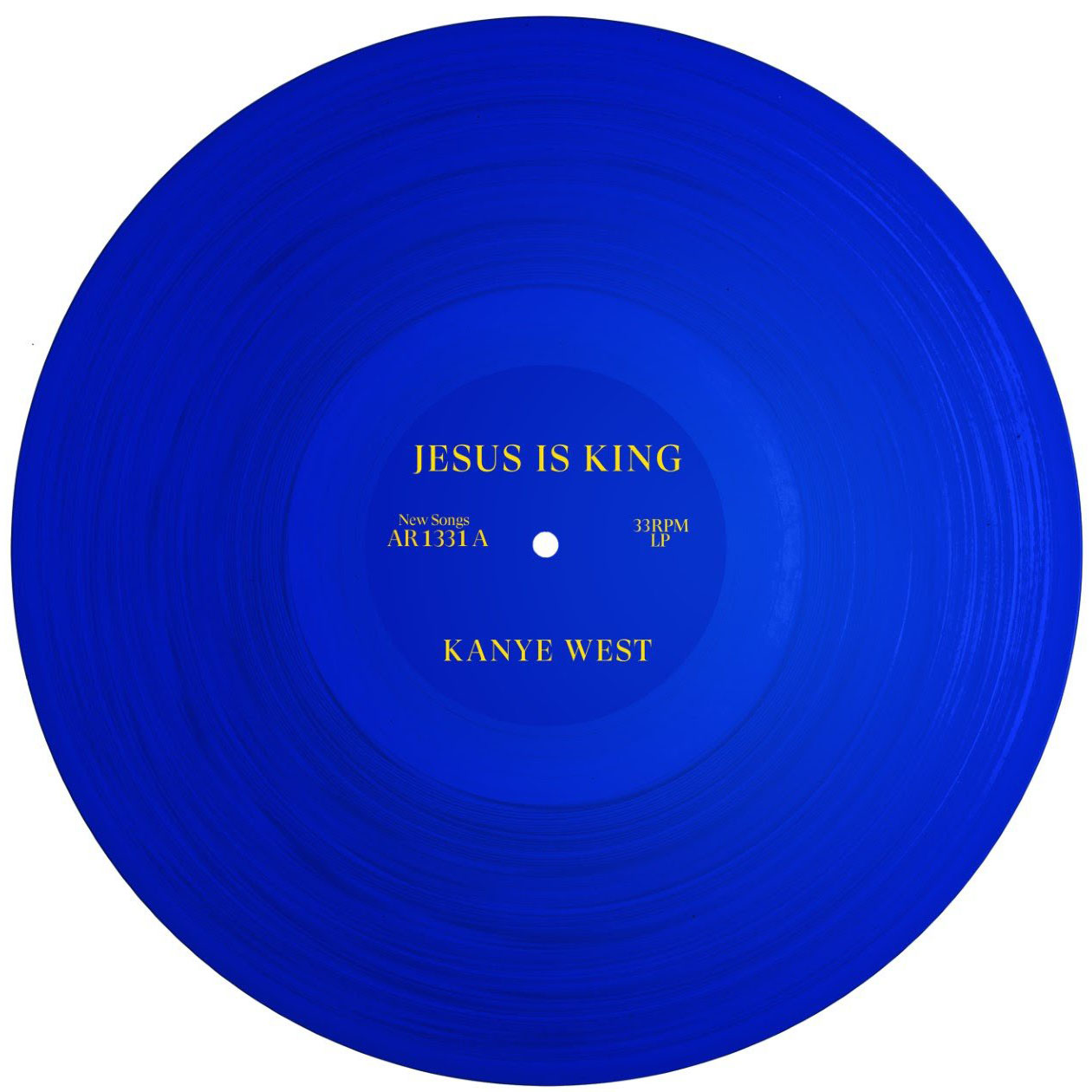 Kanye West has all but solidified his position as popular music’s most innovative high-profile producer, with every shift in his aesthetic focus over the last 10-plus years serving to found a whole new subgenre or micro-culture within hip-hop. That is, when those shifts aren’t merely bringing already extant ones a greater level of attention. Kanye has also consistently come up with compelling ways of giving voice to the various narratives that he’s built his music around. That latter point is likely to be a bit more controversial than the first, but consider this: Even when listeners balked early on at the size of the ego on a Chi-town upstart who thought he could spit as well as he could produce beats for Jay-Z, or later when they took umbrage with the Kanye who spun unapologetic tales of dark, twisted celebrity demigods, or when they rebuked him only after his decadence started to fuel more explicitly autobiographical material, all of the resulting albums have been met with intense amounts of interest from both pro- and anti-Kanye camps alike.

With Jesus Is King, that reliable metric for gaging the success of a Kanye album suggests a less positive result. The music here is as impeccably produced as that of just about any Kanye release to date, but the shift toward gospel, while occasionally captivating and even convincing, more often proves that it’s more difficult for Kanye to apply his particular narrativizing gifts to faith than it is to the exploits of outsized celebrity caricatures, or the episodes of his own tabloid-baiting life. The big problem is how Kanye addresses the shift itself—in that Jesus Is King finds him barely shifting his musical approach.

The album’s prevailing mood is braggadocio, ever Ye’s true north, and the greatest basis for his boastfulness is, familiarly, the resilience with which he’s carried himself on the path to commercial and personal success: his defiance in the face of a press he sees as persecuting him, his resistance to the temptations of social media, his income figures overcoming his debt. The particulars of this message run counter to the ostensible thesis of Jesus Is King, the line—taken from this album’s “Closed on Sunday”—that resonates most with the message that a “born again” Kanye has stressed for most of this year: “My life is His, I’m no longer my own.”

Kanye’s own take on Kanye is still very much the focus here—and that becomes immensely frustrating when you consider “God Is,” the counter-example that the album provides. The track is Jesus Is King’s undeniable highlight, a fleeting glimpse of what a Kanye gospel album could sound like. His voice more cracked and vulnerable than he’s ever committed to record (no AutoTune, imperfections left undoctored), and over a looped sample of gospel godhead James Cleveland’s song of the same name, Kanye sings, or rather tunefully sermonizes, about his absolute dedication to his faith, and to this chapter of transformation in his life.

“God Is” is impactful, but more importantly, it shows the grace with which Kanye can deliver the sentiments of religious thought (“All the things He has in store/From the rich to the poor/All are welcomed through the door”) and the power of plainspoken prayer (“I know God is the force who lifted me up/I know Christ is the fountain that filled my cup”). The song, almost disarmingly, contains only one genuine brag—“Sunday service on a roll!”— and otherwise gives itself over entirely to “a mission, not a show.” Agnostics and believers alike may be moved by Kanye’s words, or, more specifically, by how he emotes through them: “God Is” comes up against the physical limits of Kanye’s voice at the same time that the artist arrives at an open-hearted acceptance of things beyond his control.

Contrast those sentiments with “Closed on Sunday,” which references Chick-fil-A in its chorus. There’s a schism that threatens the foundation of Jesus Is King, and it’s not one that should prevent Kanye from being both reverent and funny; it’s that his willingness toward blasphemy is so tempered to the point that it comes off as innocuous. “When I thought the book of Job was a job/The devil had my soul, I can’t lie,” Kanye raps leadenly on “On God,” a track that goes on to credit the Almighty with the production of the Yeezy Boost 350 sneakers but nebulously unloads blame elsewhere for the cut that the I.R.S. takes of their sales. Worse are the lyrics of “Hands On,” in particular the dopey outro, thanklessly sung by gospel lifer (and frequent Ye collaborator) Fred Hammond: “To praise His name, you ask what I’m smoking.”

Jesus Is King’s saving grace, then, is its predictably sharp production: from the Yeezy-less salvo of “Every Hour,” which features wall-of-sound vocals from the Sunday Service choir—who rip through an impassioned song that already sounds like a canonized gospel standard—to the triumphant, brassy fanfare of the much-too-short closer “Jesus Is Lord,” maybe Ye’s most baroque production since all of My Beautiful Dark Twisted Fantasy. The in-the-pocket production of songs like “Follow God” and “God Is” find him returning to one of his favorite formulas: A vintage soul sample first plays out relatively unabated, then is chopped and looped until it’s put in lockstep with a hard, galvanizing beat. “Follow God” takes as its foundation the Whole Truth’s “Can You Lose by Following God” and grinds a choice selection of bleating church organ and wailing vocal ad-libs against a pummeling bassline, providing the rhythmic bounce for Kanye’s elastic flow. The Sunday Service choir is again on hand to elevate “Selah,” essentially a rousing chant of “hallelujah” that’s augmented by dynamic leaps in octave and by Ye’s colossal bursts of percussive, scraping-metal sound effects.

There’s an issue here too, though, and it’s that some of the music on Jesus Is King may sound awfully familiar to Kanye devotees in the wake of what now probably amounts to the most significant leak of his career. Back in April, tracks from Yandhi, the album that Kanye was promoting until he indefinitely delayed it, made their way online, and included several songs that have been reshaped for Jesus Is King. Leaks can provide all sorts of complications when it comes to the experience of an artist’s finished product, even under normal circumstances, but it’s vexing that many of the Yandhi tracks have been carried over appear to have been tweaked specifically for the purpose of better aligning with Kanye’s embrace of his Christian faith. And the process of that revision has left many casualties, including the ingratiating “New Body” (and its snarling Nicki Minaj feature), which didn’t fit the God-fearing theme here but which also hasn’t been replaced by anything that’s nearly as tuneful or exciting.

The absence of quite a bit of material that would have otherwise been fit for release is especially glaring in light of Jesus Is King’s skimpy, 27-minute runtime. It also points to another problem, which is that Kanye doesn’t seem to have quite figured out how to translate his spiritual awakening to his music as confidently as he has nearly every other experience in his life on previous albums. All this amounts to Kanye’s least substantial album to date, which is certainly a blow to the faithful, who continue to walk the finest of lines, putting up with Kanye’s erratic career moves as a cost, with the reward being the reward of the music itself.

But Jesus Is King isn’t the work of a has-been either; there are flashes of genius throughout, moments that insinuate where Kanye could go next with his music. In a sense, the album’s modest pleasures play to its (intended) message, which is supposed to be one of human fallibility and the prospect of improving oneself. But Kanye is eventually going to have to confront the serious limitations that his faith is putting on the range of his art’s expression.

Review: With Donda, Kanye West Has Crafted His Most Unforgiving Self-Portrait Yet