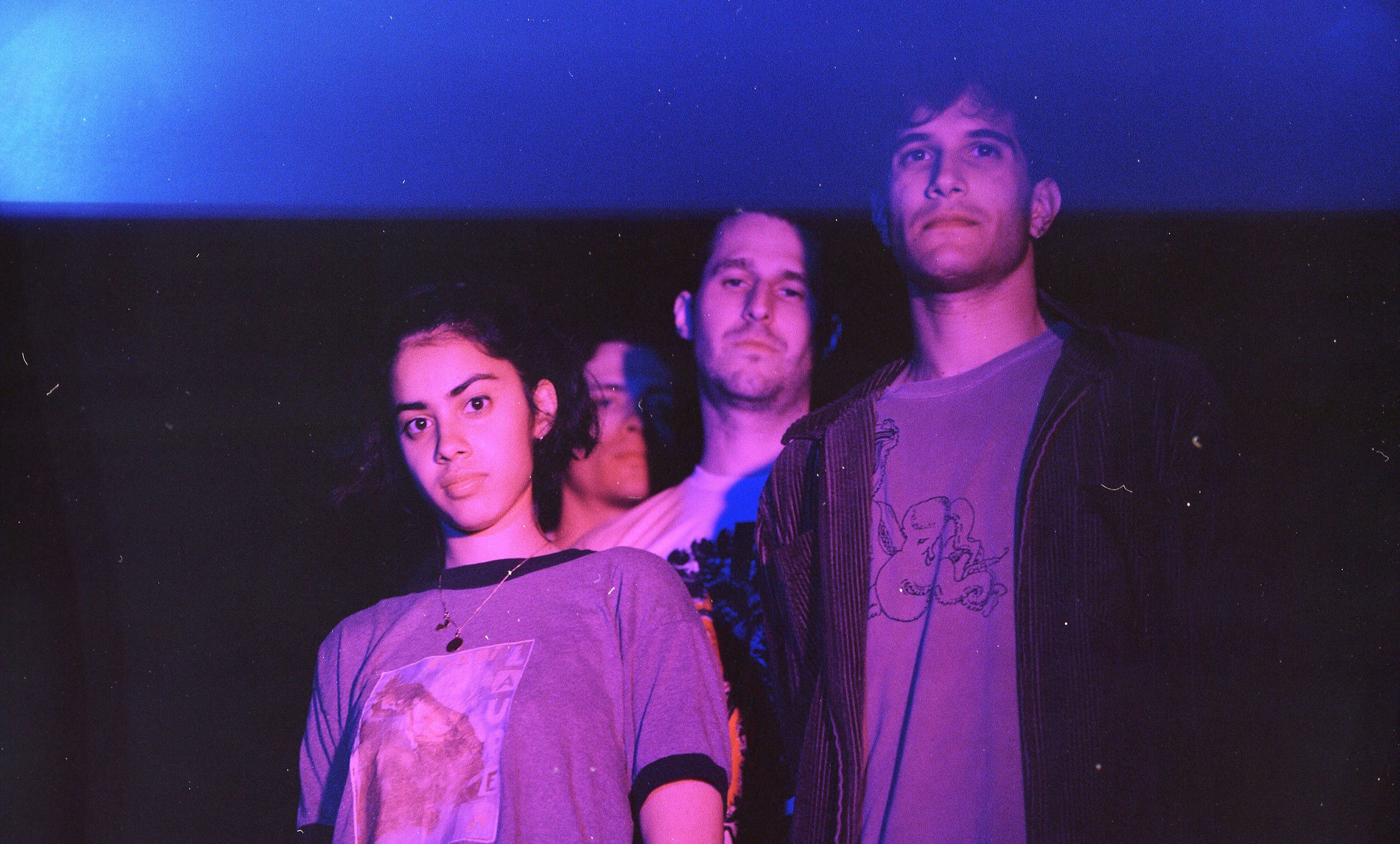 In his 1973 essay “Approaches to What?,” French writer Georges Perec contemplates Western culture’s obsession with spectacle, urging us to ignore the distraction of the extraordinary and drink in the everyday, “infra-ordinary” details. “Question your teaspoons,” Perec challenges, before asking, “What is there under your wallpaper?”

Brooklyn-based psych-pop outfit Crumb’s debut, Jinx, operates in the same regard for the quotidian fabric of life. “Pressed my face up close against the glass I see the people/When they pass they move so automatic,” frontwoman and guitarist Lila Ramani sings on “Ghostride.” Though Crumb’s lyrics are imbued with a heightened awareness of routine and ritual, their music has an uncanny ability to immerse us deeply in reverb-soaked guitars and synths that float in like a fog. This is psychedelic rock that stops you dead in your tracks without calling flamboyant attention to itself, relying on artful touches like a low-key synth, a distant French horn, and a ghostly slide guitar to intensify the songs’ spellbinding nature.

Jinx often feels cerebral and off-kilter, and its dreamlike ambience at times turns nightmarish. The disorienting “And It Never Ends” captures the claustrophobia of city life, conveying a feeling of alienating paranoia reminiscent of Radiohead’s OK Computer. And though demons haunt Ramani on “The Letter,” what torments her most is the terrible vacuity of everyday life. On “Part III,” she’s hyperaware of the subtle yet mindless details of routine: “I waste my time in the morning and evening/Caught in a feeling/I lost my mind looking up at the ceiling.”

With Jinx, Crumb manages to distinguish themselves among the latest crop of promising alt-rock bands. The shape of their sound is clearly delineated: Ramani’s plainspoken vocal glides over the gossamer lightness of the band’s soundscapes, forging a distinctive musical identity for the band. Though their sonic palate is monochromatic, their music is both cogent and engrossing. Jinx feels like a hallucination that proves hard to shake.