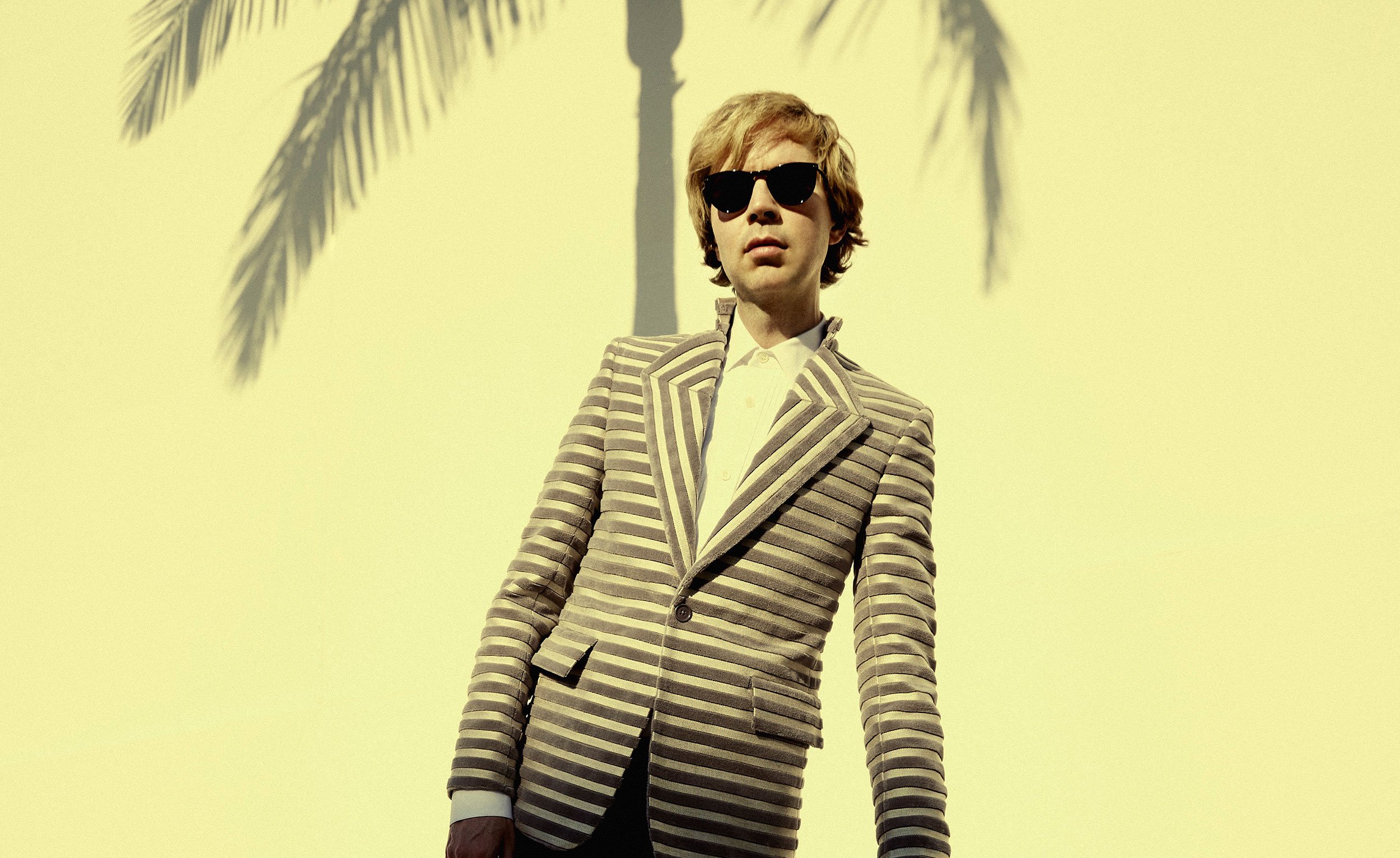 Throughout his varied and unpredictable career, Beck has achieved constancy in one respect: an almost unrelentingly bleak worldview, a portrayal of pre- and post-millennium America as a Bosch-like inferno of indignities. It was there early on, in his adherence to the folk and blues tradition of biblical prophesying (“There must be some blueprint, some creed of the devil inscribed in our minds,” he sang on 1998’s Mutations), and it’s in his more recent work, darkening avant-pop efforts like 2008’s Modern Guilt and adding a global sense of sadness to ostensibly more introspective albums like 2014’s Morning Phase.

Which is why 2017’s Colors was so surprising: Aside from one or two tracks, it was Beck’s first unabashed, unironic feel-good party album. But if Colors was a million-dollar bash, then Beck’s follow-up, Hyperspace, is the comedown. While similarly heavy on beats and electronics, the album lacks its predecessor’s bounce and exuberance. This trade-in would initially appear welcome since, unlike Beck’s past genre experiments, which always contained an unmistakable personal touch, Colors’s glossy, airbrushed fun bordered on inhuman. By comparison, Hyperspace represents something at least relatively thoughtful, its skeletal beats and somber synth washes—a result of Beck working with co-producer Pharrell Williams—suggesting a period of midlife self-examination against a backdrop of perpetual twilight.

For a few moments early on in the album, Beck follows through on this premise. Opener “Hyperlife” acts as a brief prologue by announcing the album’s core theme of melancholic and disconnected excess, the phrase “crushing life” qualifying a desire for “more and more beauty, light” amid several interweaving synth textures. This leads into “Uneventful Days,” with deep keyboard washes and effervescent twinkles playing over a modest trap beat as Beck continues the theme with a lovely melodic vocal: “Never-ending days, never-ending nights/Everything I say, I know I can’t get right.” The mood is dreamy, numbed, and yet somehow hopeful.

But tracks like the album’s lead single, “Saw Lightening,” return both to the forced enthusiasm of Colors and to the hybridization of blues and hip-hop that Beck explored with far more wit on early hits like Odelay’s “Hotwax.” As one of the only “up” songs on Hyperspace, its forward momentum is undermined by a conventionally programmed drum track, popcorning keyboard blips, an annoying Pharrell verse, and faux-gospel background yelps that transform a lyric about the end of the world into what sounds like soundtrack music for an action movie.

What follows is a series of slight midtempo electro-pop ballads: “Die Waiting” sways with a brightness augmented by acoustic guitar strums, “See Through” emphasizes bubbling electronic percussion, and “Star” uses video game-esque bloops and a gently pulsing bassline as a nest for Beck’s falsetto vocals. It’s all in the chillwave vein and, while not oppressive like Colors, it’s also all extremely soporific. Aside from the ascendant airiness of “Chemical,” the gospel grandeur of “Everlasting Nothing,” and a few interweaving vocal lines that call back to the aural density of Midnite Vultures, most of the tracks blend into each other so nebulously that they become collectively anonymous. When something stands out it’s usually for an ugly reason: The title track’s rap breakdown is exceedingly cornball, and a few songs fade out so abruptly and awkwardly it seems like they’re embarrassed at their own meagerness.

Beck might have redeemed Hyperspace with his underappreciated lyrical genius, and he could have gone in two different directions in doing so: a return to the pared-down confessional songwriting that made 2002’s vulnerable Sea Change so universally resonant, or else the absurdist wordplay, apocalyptic imagery, and pop-cultural detritus that typically fill Beck’s songs to the bursting point with vivid portraiture and singular turns of phrase. (Even Colors achieved some, well, color with lines like “I want to see you with the pharaoh’s curse/The apple flower doggerel, the batteries burst.”) But there’s little of either throughout Hyperspace, which is as lyrically vague as it is musically minimal.

Instead of creating a unique world of characters, Beck populates too many songs with first-persona clichés (“I don’t care what I have to do/You know that I’m gonna wait on you”), and, elsewhere, his metaphors are rote and obvious (love is a drug on “Chemical,” disorientation becomes the directionless heavens on “Stratosphere”). By the time Beck finally gets to an original, gut-punching metaphor in “Everlasting Nothing”—“And I washed up on the shoreline/Everyone was waiting there for me/Like a standing ovation for the funeral of the sun”—it’s too late to make up for an album’s worth of platitudes.

Beck’s 2006 album The Information is a better example of his unrivaled funhouse approach to style and tone: By blending techno, folk, punk, hip-hop, Krautrock, blues, ambient, and groove-oriented rock, that album is by turns strange, aggressive, hilarious, disturbing, eerie, and fun, all while expressing wry dismay over our current cyber-Armageddon. In comparison, and for all its apparent now-ness, Hyperspace feels inconsequential and incomplete.