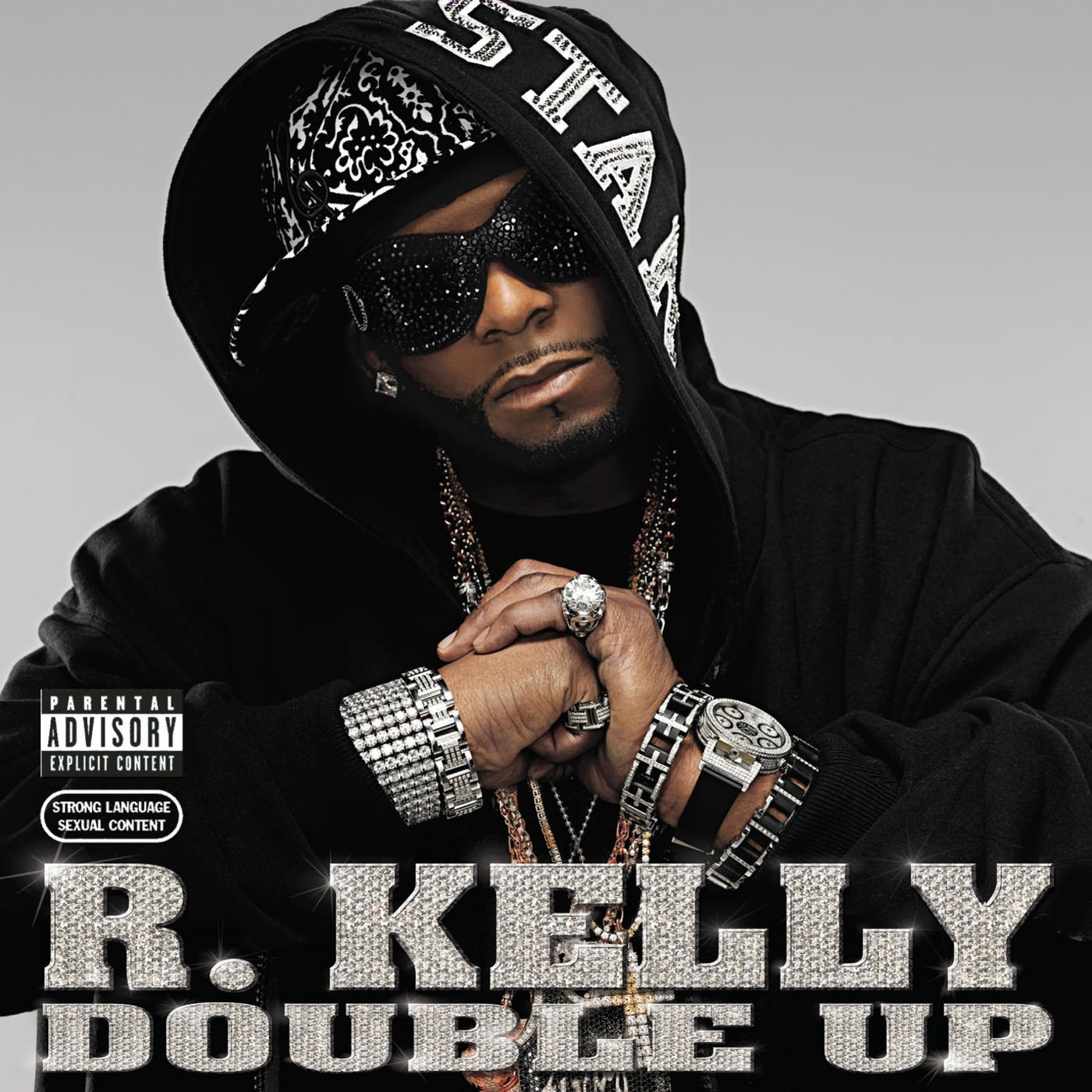 I approach the prospect of listening to an R. Kelly album with mixed feelings, the natural result of not being able to anticipate whether I’ll hate it so much that I’ll love it or I’ll hate it so much that I’ll hate it. Halfway through the unilaterally moronic Double Up, I realized that the possibility of the former type of hate had completely dried up, no doubt after the psychotic “Trapped in the Closet” cycle—which camp aficionados are still trying their damnedest to ignore—drizzled to a sopping close. (Reportedly, what might be referred to as the song’s “second season” is scheduled for release later this summer, and hopefully the fainting midget has taken a few tablets of Pepto in the interim.) It’s true that the endless chapters of that song’s sub-telenovela melodrama certainly fulfilled the Sontagian requirement that camp be unwitting (and, in Kelly’s case, witless). But it’s even more true that Kelly, with his uninterrupted stream of what I guess could generously be called cadence, is even more pathologically unaware of his unsexiness. He is addicted to exposition. He may think his endless capacity for pillow talk proves his sexual endurance, but it should make any rational sonic fuckee want to smother him.

While I could be mean and point out the flabby, ashen, wrinkled fist he’s clenching on Double Up’s tacky cover (remember, Robert, to moisturize when you masturbate), the album’s heat deficit is basically grammatical. Entertainment Weekly’s review was kind enough to preserve some of Kelly’s choice couplets in print form, one of which I think bears repeating: “I got you so wet, it’s like a rainforest/Like Jurassic Park, except I’m your sexosaurus.” Forget Velociraptors, Kelly’s lyrical skills make pinheaded Stegosaurs look quick-witted. Aside from the paleontology of “The Zoo,” Kelly spends time “Tryin’ to Get a Number” with Nelly, about to “Get Dirty” with Chamillionaire, and sharing the “Same Girl” with Usher. Still trapped in the closet are we, R.? Hell naw, and he’ll use the word “girl” every third syllable to make sure you don’t forget it (or the criminal charges).

If the sex sounds suspiciously rote, it’s also worth noting that Kelly’s most passionate performance can be found on “Real Talk,” a monologue that is either one side of an ugly break-up phone call or (more likely) Kelly working up his would-be withering bons mot: “Didn’t I just give you money to go get your hair, toes, and nails done the other day? Hmm, yeah your ass was smiling then!” As Paula Abdul said, “Love TKO!” Somewhere in this mess, he’s also “Havin’ A Baby,” and both his musical and paternal commitments sound practically court-ordered: “Baby, you’re pregnant in April, which means we’re having a Capricorn.” Capricorny.

Unsaved by anything resembling an acceptable musical hook, Kelly’s lyrics are uniformly dumb, but anyone who holds it against anyone else for saying stupid shit while having sex deserves a lifetime of extremely well-spoken celibacy. Double Up’s most egregious lyrical outrage is that, after 15 horny songs that were no doubt written with 14-year-old girls in mind, Kelly turns his attention to the grieving co-eds of Virginia Tech. His acknowledgement that “I know you’re feeling pain right now/And you don’t wanna talk right now/I know you’re going through something/And you don’t want to be bothered right now” is pointless enough, but what the fuck sort of observation is “I know that the burdens you bear/And you don’t think nobody cares” supposed to express? Yeah, the media completely glossed over that one.

Somewhat tangentially, Kelly reminds me of another artist with a cult following whose devotion far outpaces said artist’s worth: Mike Judge, who has similar difficulty with exposition. While Judge’s films have fascinating premises that initially pay off in hysterical first acts, he is also unable to reach a satisfying climax. With Idiocracy, which gradually devolves into sitcom resolutions, Judge makes the cryptically wingnutty observation that society’s best and brightest are refusing to procreate while a legion of dumb shits pop children out faster than Wal-Mart outlets can be erected. (The brazen class prejudice of Judge’s argument is only partially mitigated by the fact that gays implicitly fall into the former category.) The inane come-ons and recklessly self-involved “I get mine, you get yours” sentiments of Double Up are the perfect point-counterpoint soundtrack for Idiocracy’s courtroom sequence, in which both love and justice are both depicted as excuses to go “Oh, no she didn’t!” Because the copious discourse of Kelly’s blabbery resemble nothing so much as an entire afternoon watching Maury Povich, I’ll put it down like this: If you find anything on Double Up remotely sexy, I personally want to sterilize you.