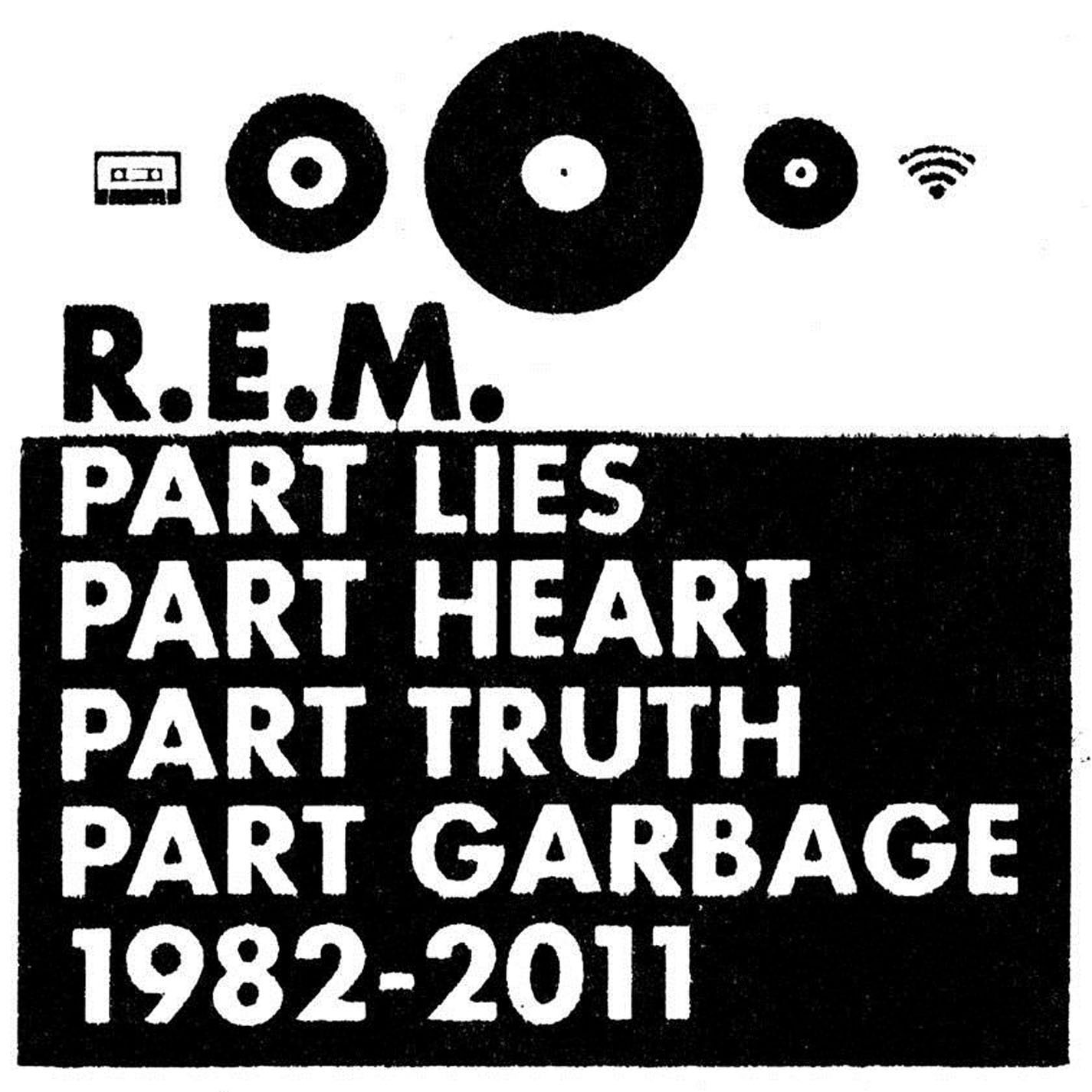 It may have originally been planned as an easy way to put their lucrative contract with Warner Bros. to bed, but R.E.M.’s Part Lies, Part Heart, Part Truth, Part Garbage: 1982 – 2011 anthology ultimately serves as a well-timed career retrospective now that the band has called it quits. If there’s a gun to my head, they’re my all-time favorite band, but more than a decade’s worth of middling-quality albums have diminished their legacy, and unfortunately, the structure of Part Lies, Part Heart, Part Truth, Part Garbage bears this out. By focusing primarily on the band’s official singles instead of deeper album cuts that were more indicative of their real mettle, the collection highlights the three distinct phases of the band’s career arc rather than playing as a best-of set, making for perhaps a less satisfying send-off than R.E.M. deserves.

The 40 tracks collected here are arranged more or less chronologically, which makes enough sense for a best-of set, and are divided almost perfectly evenly between the three eras of R.E.M.’s career, a choice that actively dilutes the quality of the album. The first run of songs includes some of the most obvious tracks from the band’s formative period as one of the progenitors of alternative rock and the defining act for the still-nascent college-rock radio scene of the early ‘80s. “Gardening at Night,” which Michael Stipe has often referred to as the band’s first real, finished song, opens the collection, and “So. Central Rain” and “Driver 8” are representative choices for the albums R.E.M. recorded for IRS before signing with Warner Bros. in 1988.

Longtime fans will likely wonder why something like Fables of the Reconstruction’s “Feeling Gravity’s Pull” didn’t make the cut: Some of R.E.M.’s strongest songs have been omitted in favor of the “part garbage” of the set’s title. While that’s a fair complaint, the songs from this particularly fertile period of creativity for R.E.M. are still readily available, thanks to Warner Bros.’s recent reissues of the band’s IRS albums. That Part Lies, Part Heart, Part Truth, Part Garbage focuses mostly on R.E.M.’s proper radio singles once the collection gets into their Warner Bros. era again shortchanges some exceptional material, but it’s the successes of hits like “Stand” and “Losing My Religion” that resulted in R.E.M.’s transformation from indie-rock heroes into one of the biggest rock bands in the world.

If the chronological sequencing of the anthology is successful in capturing that transformation, it also results in the second disc being of significantly poorer quality than the first. Disc two is frontloaded with four of the six singles from Automatic for the People, but the band’s final two albums with drummer Bill Berry, Monster and New Adventures in Hi-Fi, are represented by just one song each, and both the quality of R.E.M.’s output began a steep decline thereafter. In selecting the tracks for the set, Stipe, Peter Buck, and Mike Mills made a couple of spot-on choices from this final run of their career (1998’s Up is represented by the gorgeous “At My Most Beautiful,” and lead single “Imitation of Life” was the only truly worthwhile track from 2001’s dire Reveal), but the inclusion of “The Great Beyond” from the Man on the Moon soundtrack and the awful “Leaving New York” from Around the Sun only highlights how far the band had fallen.

Of the three previously unreleased tracks included here, two were demos from their Collapse Into Now sessions. Both the brief “A Month of Saturdays” and “Hallelujah” (an original song and not, mercifully, a Leonard Cohen cover) are fine enough, neither better nor worse than what actually ended up on Collapse Into Now. “We All Go Back to Where We Belong,” however, makes for a melancholy and understated coda: Buck’s trademark jangly guitar work figures prominently in the mix, even if its potency is undercut by a too-tasteful horn section and a performance from Stipe that shows how badly his voice has deteriorated. Again, if there’s something perversely admirable in the band’s decision not to sweep their lesser material under the rug, they make Part Lies, Part Heart, Part Truth, Part Garbage, much like R.E.M.’s career, go out with a whimper.