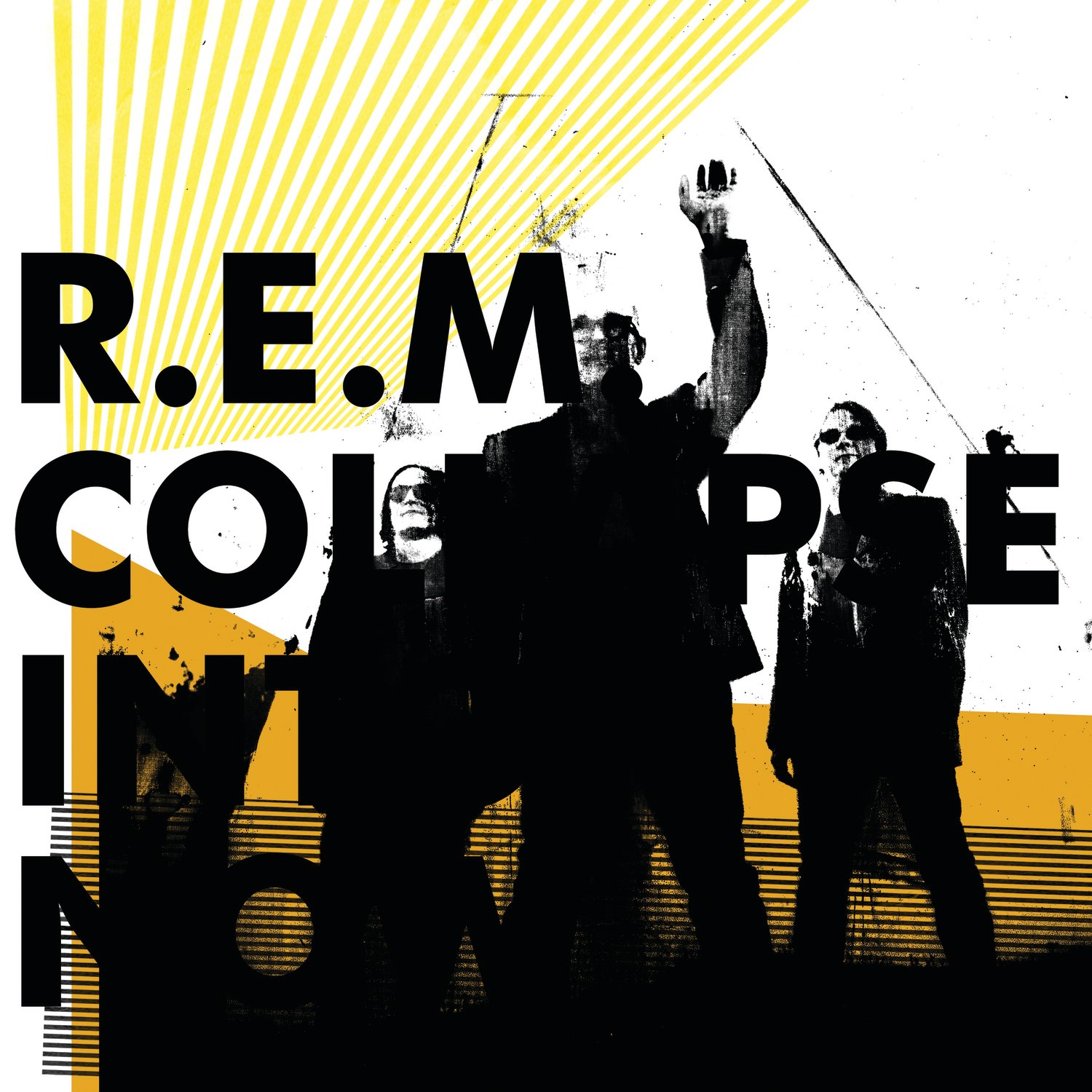 I’m tired of “not bad” R.E.M. albums. Unfortunately, since their last truly great album, New Adventures in Hi-Fi, that’s all the band has released. Their last album, 2009’s Accelerate, was a slightly better variation on their last 15 years of output, and the new Collapse Into Now stands as a slightly weaker iteration. That it has been hailed in some circles as a return to form shouldn’t carry much weight, since the same has been said to varying degrees of each of their last five studio releases.

The record starts off promisingly enough, with Peter Buck powering through some of his trademark jangly electric guitar riffs on “Discoverer.” Michael Stipe then launches into a half-spoken diatribe, berating himself for a poorly handled relationship. The song’s B section, which boasts a strong melody and a tremendous bassline from Mike Mills, impresses for its heft. But the proper hook, with Stipe repeatedly shouting the song’s title in a way that sounds more like “disco,” just doesn’t work. “All the Best” is undone by some of Stipe’s most awkward lyrics (“I rang the church bell/‘Til my ears bled red blood cells”), as is the heavy-handed impressionism of “Alligator Aviator Autopilot Antimatter.”

With their heavy reverb and breakneck tempos, many of the songs here sound like B-sides from the band’s Monster era. That the band is clearly self-plagiarizing isn’t such a problem, since that’s something R.E.M. has always done and usually does well, and it ensures that Collapse Into Now, at the very least, captures some of the ragged, hard-rock energy of their best work. That so many of the ideas are half-formed or poorly executed is what keeps the record from working as well as it could.

“That Someone Is You” bristles with the post-punk spirit of their early recordings, but lines like “Quietly waiting for someone else to make the first move/And that someone is you” come across as tossed off and uninspired. The ridiculous chorus of “It Happened Today” (“It happened today/Hooray/It happened today/Hip, hip hooray”) is easily one of the most embarrassing, wrong-headed moments in the band’s catalogue, even as the song’s handclaps, mandolin, and wordless outro recall the outsized emotions of Out of Time.

Despite the nadir of “It Happened Today,” the album does include a few moments that find R.E.M. in fine form. The acoustic “Oh My Heart” opens with one of Stipe’s best dreamscapes before the chorus turns to an effectively dramatic plea, and it makes for one of the strongest vocal turns Stipe has given in a while. Lead single “Mine Smell Like Honey” doesn’t just coast on its awesomely juvenile conceit, coming out swinging with a terrific, muscular guitar riff and building to a refrain with a perfectly structured hook and catchy pop melody. Patti Smith provides evocative backing vocals on the album-closing “Blue,” which finds Stipe performing a rambling bit of spoken-word poetry over the kind of haunted, discordant arrangement that made New Adventures in Hi-Fi such a dense listen.

Considering how the album’s style draws from each era of R.E.M.’s evolution, Collapse Into Now plays as something of a greatest-hits package. It sounds like an R.E.M. album, even when the actual content of the songs and the performances falls well short of the band’s peaks. But R.E.M. hasn’t been at its peak in well over a decade, and the lapses in the quality of the songwriting here is more indicative of the band R.E.M. has been since Bill Berry left and not of the band so many of their fans, myself included, wish they still were.