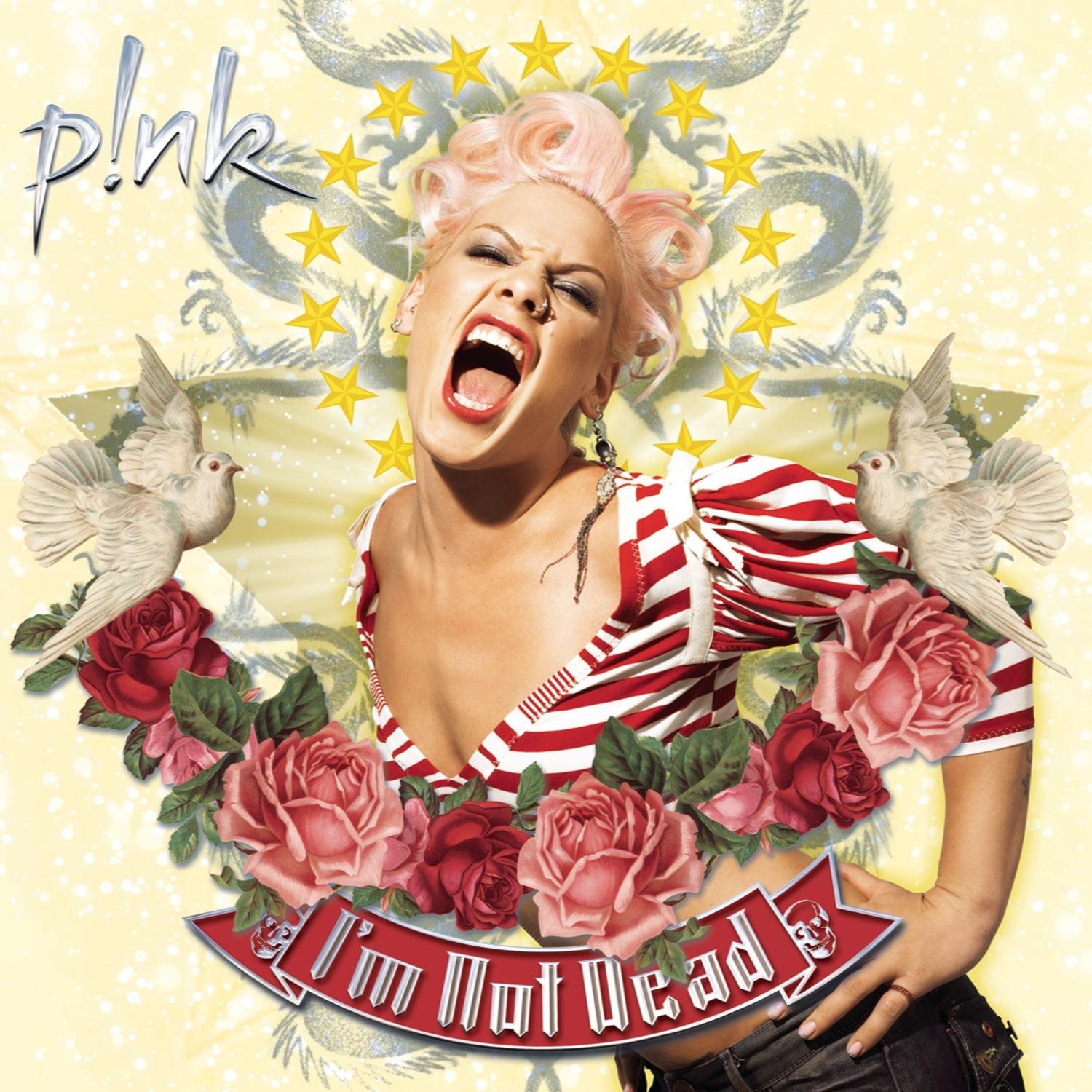 Instead of owning or defending her “mistake,” Pink has spent most of her recent press time making excuses and apologias for the inexplicable failure of her third album Try This, a record that, though occasionally jarring, seemed to fall in line perfectly with her progression from label executive-created R&B girl to the riot grrl she claims she is at heart. The album sported more than enough radio-ready, Missundaztood-esque hits (“God Is A DJ,” “Save My Life,” “Catch Me While I’m Sleeping,” among them) to disclaim the notion that the follow-up to her 5x-platinum breakthrough was a misstep. Sometimes success is just a crapshoot, as Christina Aguilera may soon find out.

Enter Pink’s caustically titled fourth effort I’m Not Dead, which ditches the likes of Rancid’s Tim Armstrong and reunites the singer with longtime collaborator Billy Mann and teams her with Max Martin, the producer behind both Britney Spears and Kelly Clarkson. Pink still has more edge in her pinky toe than any of her contemporaries, but one can’t help but feel like the album is a calculated attempt at regaining the audience she lost with Try This, the title of which, it should be noted, acknowledged the risk of pushing punk rock on pop fans. Songs like “Who Knew” and “Long Way To Happy,” though good, sound more hair metal than punk, faithfully following in the steps of Clarkson’s recent hits, and “Dear Mr. President,” which cleverly uses George W. Bush’s own words against him, pales next to Missundaztood‘s “My Vietnam,” which, though written about her familial “wars,” could be rewritten as a political protest.

As always, Pink’s ragged vocals are better than she’s often given credit for and there’s still a rebel sensibility, at least lyrically, on the catchy lead single “Stupid Girls” (“Where, oh where, have all the smart people gone?” she begs, lambasting “porno paparazzi girls”—which would have made for a more fun title—the way she took aim at Britney two albums ago), while “I Got Money Now” is knowingly and heartbreakingly cynical and “‘Cuz I Can,” one of several tracks that were leaked online last summer, and the title track pack sizeable wallops. But Pink’s rhymes still rely too heavily on adolescent clichés and there’s an air of contrived confessionalism throughout the album, particularly on the melodramatically string-laden “Conversations With My 13 Year Old Self.” Though she claims Try This was rush-released, it’s I’m Not Dead that occasionally, ironically sounds phoned in.