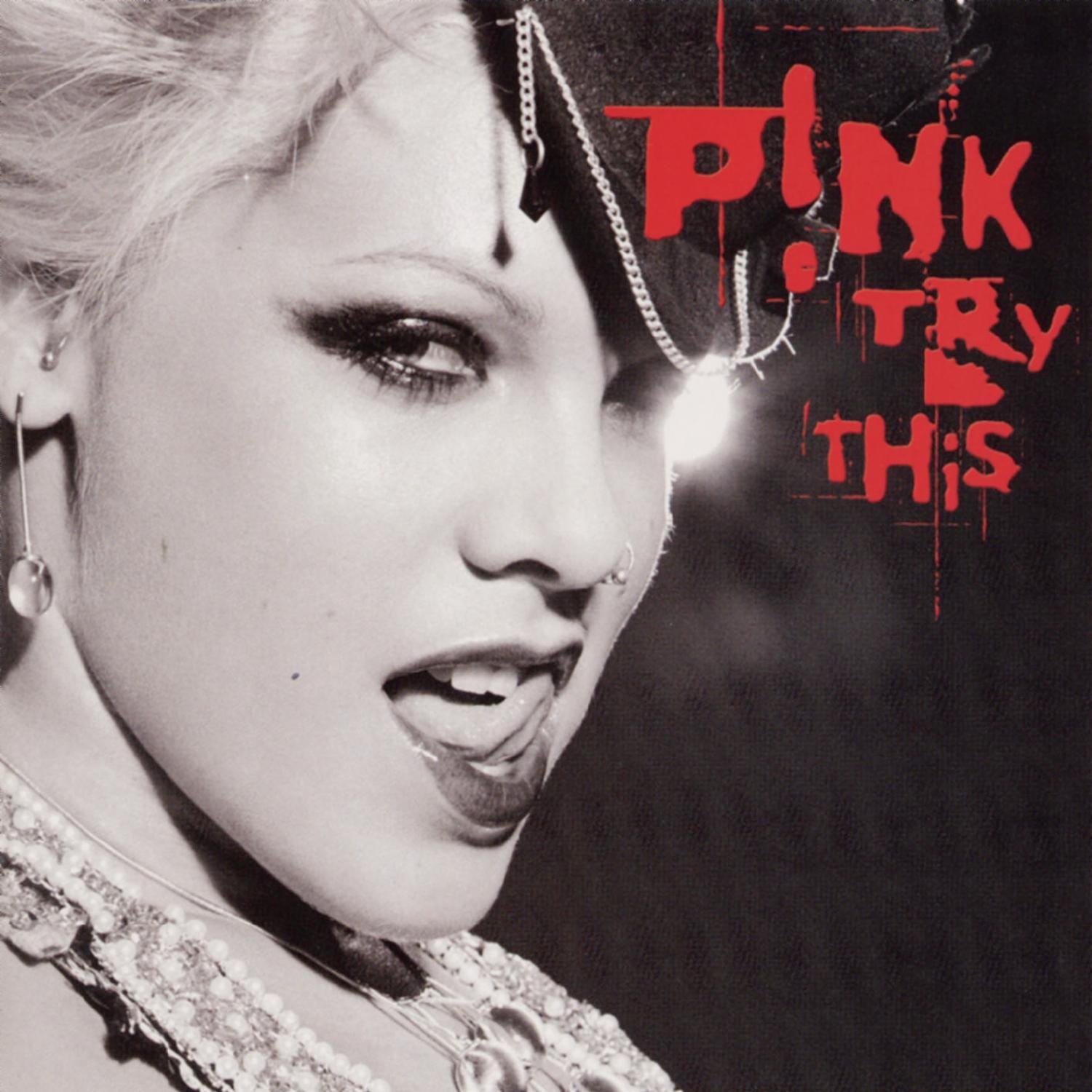 Pink has certainly earned the right to do whatever she damn well pleases. So says her label bio. Following the gargantuan, multi-platinum success of 2001’s Missundaztood, Pink seems to have finally been granted the power to make the album she’s wanted to make all along, irresistible dance floor ditties like “There You Go” and “Get The Party Started” be damned. The stiff-wristed herky-jerky first chords of the album’s opening song (and lead single), “Trouble,” pointedly announce Pink’s new punk-rock sound. The repetitive hook of the raucous “Trouble,” one of 10 new tracks co-written and produced by Rancid’s Tim Armstrong, wears a bit thin but there’s no denying its infectious b-section. In fact, many of the “punk”-skewered tunes are infused with so much catchy, radio-ready pop accessibility it’s hard not to make comparisons to another savvy provocateur: Madonna. The shoulda-been first single, “God Is A DJ,” is filled with the kind of life-affirming dancefloor metaphors that helped send Madge’s “Vogue,” “Music” and even Pink’s own “Get The Party Started” straight up the charts: “If God is a DJ/If life is a dancefloor/Love is a rhythm/You are the music.”

“Catch Me While I’m Sleeping” displays the soulful, powerhouse vocals that were more prevalent on Pink’s first two albums, particularly her hip-hop-skewed debut. The old school R&B nugget was penned by Linda Perry, who also contributes two other songs here, including “Try Too Hard,” which finds Pink chiding her fellow limelight-starved starlets (and perhaps even herself): “You’re telling everyone how different that you really are/But it’s been said before/So maybe you’re not special after all.” Try This is admittedly less confessional than Missundaztood, but there are still a handful of tracks that cut straight to Pink’s emotional core: the Perry-produced “Waiting For Love” (which, aside from the Janis Joplin tribute “Unwind,” is the album’s weakest moment), the drum-loops-meets-girl-group-melodies “Save My Life,” and the short-and-sweet album closer “Love Song.” The rest of Try This is filled with bona fide party tracks, from the horn-y “Tonight’s The Night” to the rollicking, downright audacious New Wave/Punk/Disco rebel call “Humble Neighborhoods.” Pink is clearly not afraid to take yet another risk, and even if you don’t like her current color, rest assured that, like Madonna before her, she’ll soon change her tune.