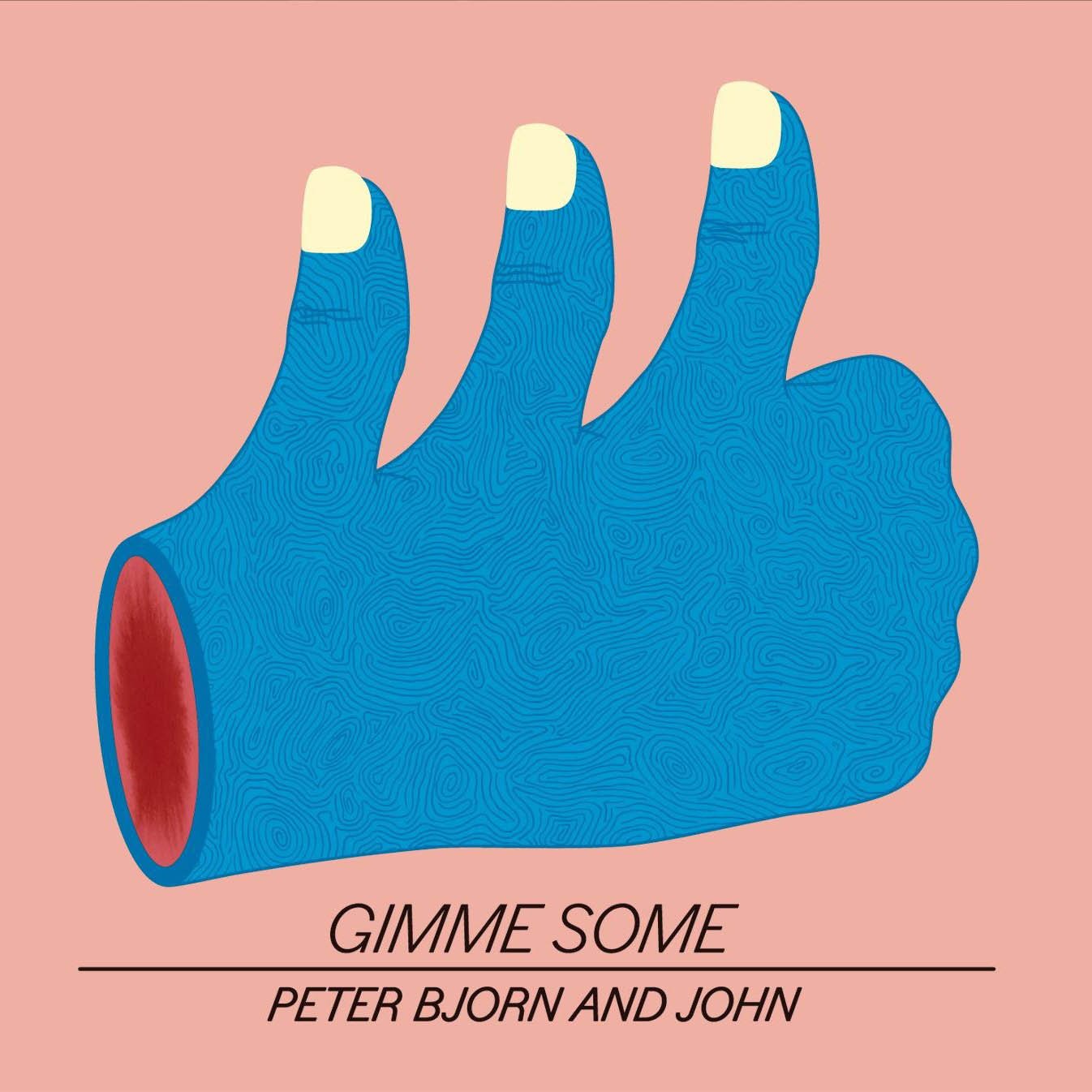 After the mixed effort that was 2009’s Living Thing, Peter Bjorn and John seem to have rediscovered some of their lost groove on their sixth album, Gimme Some. If nothing else, the Swedish trio is having fun again, and it’s precisely because they’ve abandoned any heavy-handed attempts at replicating the mainstream-straddling success of Writer’s Block. Ironically, this leaves listeners with the group’s most accessible record to date, as PB&J’s natural disposition is toward power-pop songwriting and impeccably slick production. Gimme Some isn’t Peter Bjorn and John’s best album by any means, but it’s mindlessly appealing and rarely forced, offering solid execution of the group’s simple-but-not-simplistic approach to ‘60s-flavored indie pop.

Gimme Some is strictly a guitar-bass-drum affair, abandoning the ambient syncopation and experimentalism of Living Thing in favor of energetic, straight-to-the-point melodies. Thus, we get songs like “May Seem Macabre,” a sweeping pop number driven by a climbing bassline, flickering guitar, and the scratchy-sweet vocals of Peter Morén. The formula is good enough to recycle for the rest of the album, with PB&J alternating Morén’s coarse yelps with rhythmic guitar thrusts. “Dig a Little Deeper” matches a two-chord chorus and a shuffling beat with Morén’s strangely impassioned line of “All art has been contemporary,” while lead single “Second Chance” employs cooing harmonies and pause-and-go guitar splashes to deliver a burst of punchy retro-pop.

There’s little time for a deviation from this formula, and even less time for the unhurried moments of spacey reflection present in past PB&J records. Whereas something like “Up Against the Wall” spent whole minutes letting its lo-fi drum pad march away into oblivion, Gimme Some’s tracks race by in a kind of frenzied glee befitting the attention span of a tween. The motoring “Black Book” and Strokes-esque “Breake Breaker” both fail to break the two-minute mark, their guitar-hammering frenzy igniting and then burning out long before leaving much of an impact. Hence, listeners will soon discover the downside of Gimme More’s careless, unfettered pace, where complete ideas have been eschewed for speed: This might be a more natural and relaxed PB&J having the time of their lives, but it certainly doesn’t find the band at their most creative.

Review: The Pains of Being Pure at Heart, Belong