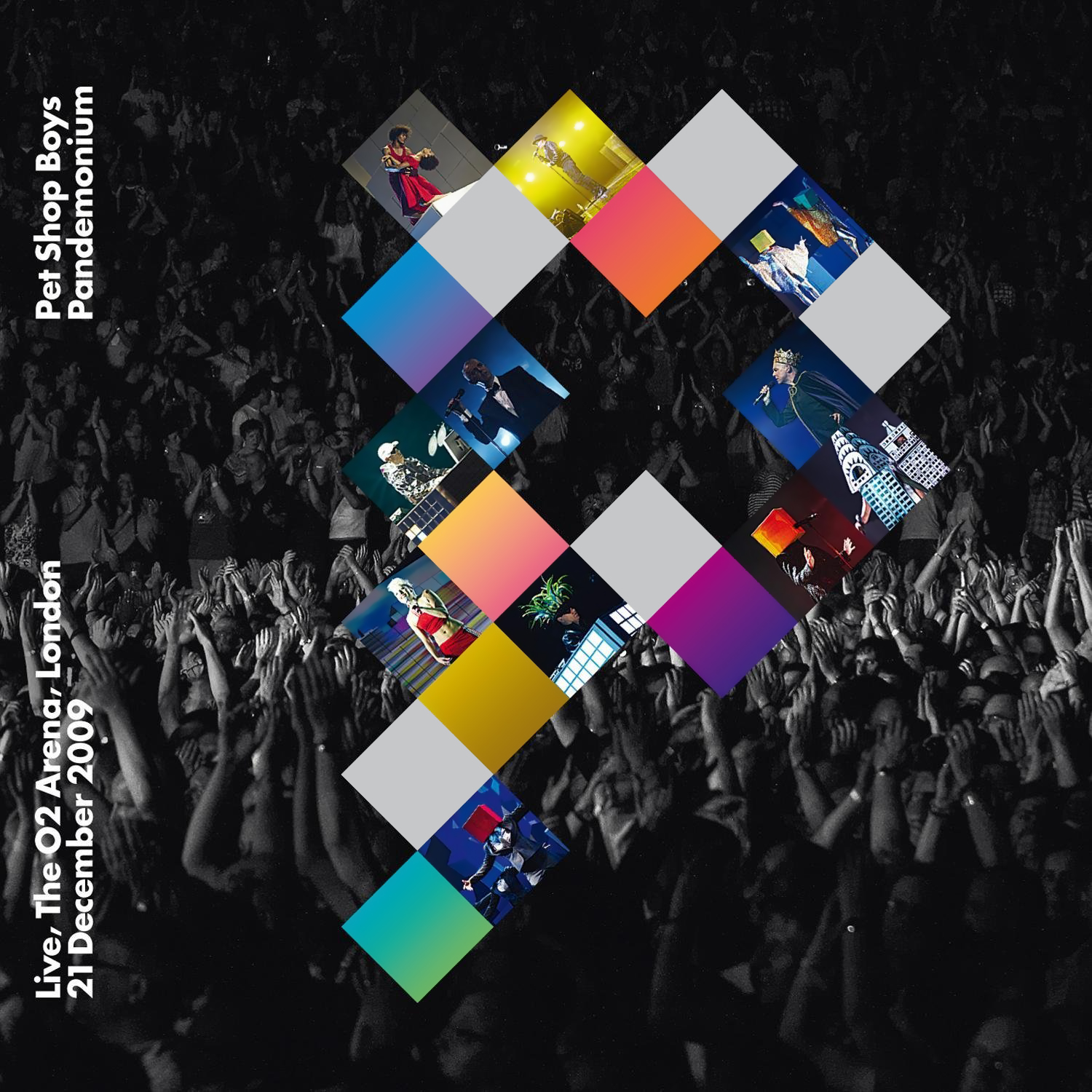 Pet Shop Boys’s live shows have a reputation for being more of a production than a gig, so in a lot of ways, they’re the ideal band for a live CD/DVD package. Pandemonium has no ulterior historical value (it’s not a “final show” and it’s not a highly-coveted bootleg), but it does deliver on exactly what it advertises: 90-plus minutes of full-throttle Pet Shop Boys.

Like any good 30-year-old band, Pet Shop Boys plays their hits. They dole out seminal Please-era cuts like “Two Divided by Zero” and “Why Don’t We Live Together?” early and often, and they close with “West End Girls.” And they never sound bored playing them either; they give each of their classics the same amount of effort you’d expect if the band were still dominating airwaves right now. And as it turns out, “New York City Boy” still sounds mind-blowing.

For a band that specializes in one particular sound, though, the 90-minute CD-half of Pandemonium can get a little tiring. Neil Tennet is never not crooning. Chris Lowe is never not assembling icy Brit-disco behind it. The album meshes together in a blur of 808 breakdowns, hi-hat crashes, and synths, but it delivers on exactly what it promises and captures the sonic essence of Pet Shop Boys pretty well.

What makes Pandemonium worth its price tag, though, is the DVD. The Pet Shop Boys live experience has always approached Broadway musical status in terms of complexity, and this one is no different. It features faux-3D effects, polygonal-body-suited backup dancers, and the biggest strobe light I’ve ever seen, all in its first half—and it’s consistently captivating. If this were a DVD of Pet Shop Boys simply playing music for an hour and a half, it would be pretty forgettable. However, Pandemonium’s fanfare elevates it to something worth documenting, and it’s documented with impeccably tight, well-sequenced cinematography that does justice to the overall bombast of the show.

It’s important to mention the depth of Pandemonium’s package: The DVD comes with two live outtakes, three music videos, a BRIT award performance, and some truly entertaining audio commentary from the band. Sure, it’s all total fan service, but at a modest 20 dollars, it’s fan service I can get behind.

Review: The Bird and the Bee, Interpreting the Masters Volume 1: A Tribute to Daryl Hall and John Oates