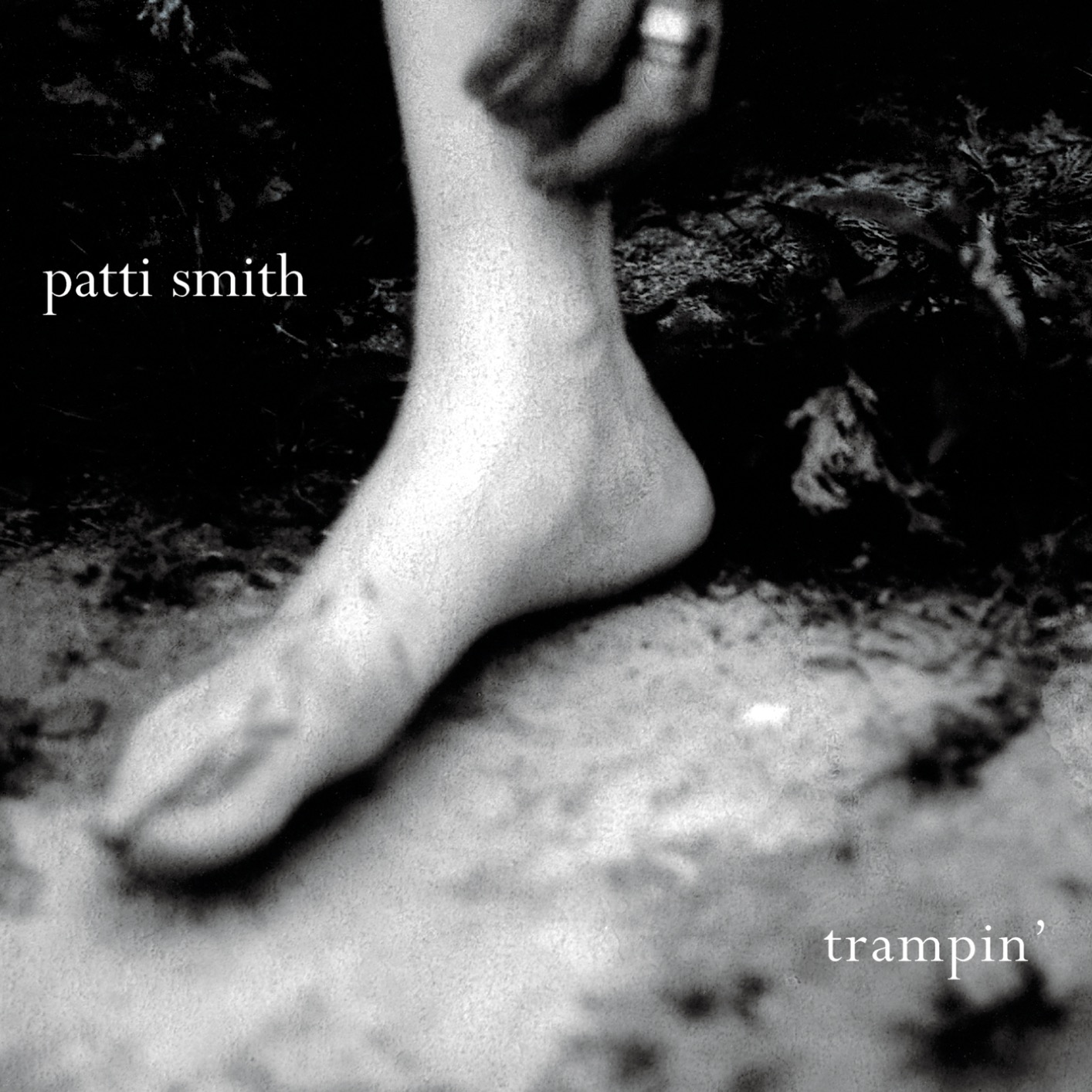 For those of us who came of age in the ‘90s—post-Cold War, pre-9/11—the music of the ‘60s and ‘70s was the real deal. To our ears, classic rock was raw, desperate, and unafraid, the epitome of combat rock. There were wars to fight! Causes to champion! Injustices to make just! At least that was the prevailing belief among young people reared during one of the most peaceful periods in American history, with little to look up to and not a hell of a lot to believe in. (Even the grunge rockers of the early ‘90s weren’t sure what they were angry about.)

Things are different now. We finally got our Vietnam, and, as a result, Patti Smith is more relevant than ever. It’s no big secret how Smith feels about America’s current political landscape—Gung Ho‘s “New Party” was adopted as an anthem for Ralph Nader’s Presidential campaign in 2000—and her new album Trampin’ is decidedly anti-Bush. “Our vital realms are being squeezed/Curtailing civil liberties,” she sings on the opening track “Jubliee.” It’s impossible not to read into the origins of the song’s title, either: In Hebrew scripture, “Jubilee” is a year of rest for Israelis, where slaves are set free, and land and property are restored to their original owners.

Much of Trampin’ finds Smith calling for peace, from the nine-minute “Gandhi,” in which she pleads for the Indian spiritual leader (and perhaps us) to “awake from your slumber,” to “Radio Baghdad,” a free-form companion to 1976’s “Radio Ethiopia,” where she poetically accuses U.S. politicians of “pulling the blood of the earth/Little droplets of oil for bracelets, like jewels.” Smith applies the uncertainty of war to matters of the heart on two of the album’s best tracks, the elegant and motherly “Cartwheels” and the violin-driven “My Blakean Year,” a song about faith and struggle that was inspired by the poetry of William Blake.

In a profile of Smith in a recent issue of Rolling Stone, Shirley Manson boldly declared, “When Christina Aguilera is taken seriously as a rebellious figure, we have a huge problem.” With today’s American artists too afraid of making Anti-American statements, or simply not having a whole lot to say about anything at all, it’s unlikely this generation will get its “Unknown Soldier” anytime soon. Maybe that’s why we idealize the past so much: It’s easier to admire the balls of long-gone rock gods than it is to deal with the horrors of the present. Smith may have been unsure about returning to the music world in recent years, but Trampin’ is proof that that’s where she belongs, and both the music world—and the real world—are better off for it.

With Year of the Monkey, Patti Smith Spins Dreams Into Topsy-Turvy Words