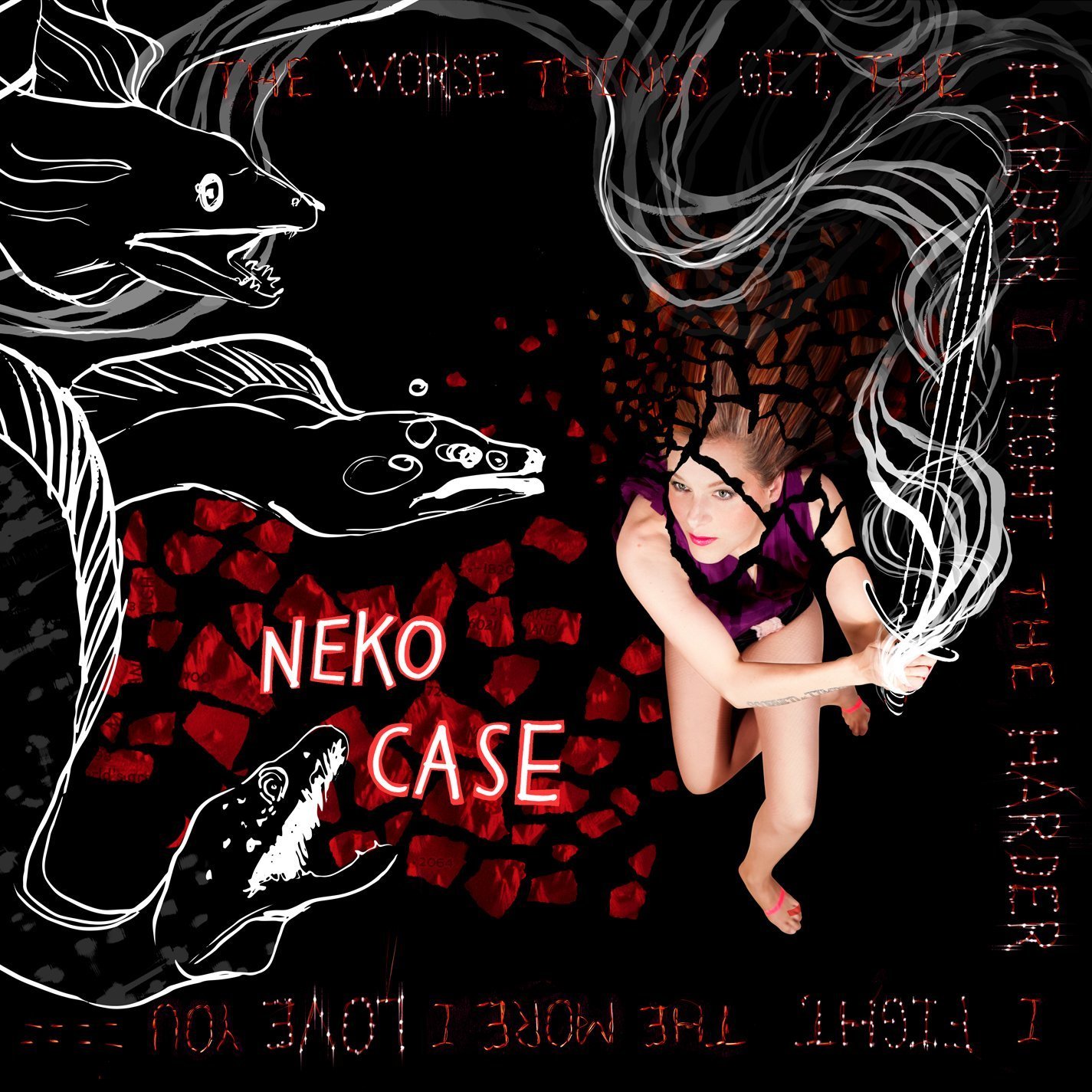 Coming after the deaths of several of the singer-songwriter’s close family members, as well as a recently publicized bout with depression, Neko Case’s sixth album, The Worse Things Get, the Harder I Fight, the Harder I Fight, the More I Love You, tackles difficult subject matter with sustained anger, humor, and—despite Case’s penchant for fictionalized fables and storytelling—a strikingly autobiographical approach. Case has routinely adopted character voices throughout her work, from killer whales to cyclones, but on The Worse Things Get she drops the guises and sticks purely to a harrowingly personal perspective. From her metaphorical declaration on “Wild Creatures” that she’s an “animal,” to the dissociative admission, “I wanted so badly not to be me,” on “Where Did I Leave That Fire,” the vagaries of identity—feminine, filial, post-traumatic—emerge as the album’s central theme.

Led by Case’s aggressive alto, the album’s lead single, “Man,” sounds like a pop-punk manifesto on gender nonconformity: “I’m a man, that’s what you raised me to be/I’m not an identity crisis, this was planned.” Just as she switches from the brashness of “Man” to the pathos of “From Nowhere,” the accompanying music restlessly yet agilely shifts between spunky pop sounds and stripped, spare arrangements. Supported by a slew of talented musicians, including M. Ward, Jim James, members of Calexico, and vocal doppelganger Kelly Hogan, Case pushes her country-noir sound up against ragtime (“Ragtime”) and ‘70s folk-pop (a cover of Nico’s “Afraid”), and abandons it altogether for the a cappella “Nearly Midnight in Honolulu.”

While not strictly a confessional album, The Worse Things Get builds its momentum out of isolated, deeply personal moments. The album is full of oblique and haunting references to loss (“Wild Creatures” ends with Case singing, “There’s no mother’s hands to quiet me”), and the production, headed by Tucker Martine, complements such lyrics with subtle atmospherics, from the layered cathedral harmonies of “Bracing for Sunday” to the sonar pings and impressionist piano of “Where Did I Leave that Fire.” Case’s treatment of difficult subject matter, though occasionally abrasive, never becomes maudlin or indulgent. “Nearly Midnight in Honolulu” and “City Swans” both flirt with the melodramatic but avoid over-sentimentalization. It’s a tribute to Case’s ever-growing strength as a songwriter that she refuses to take the sharp edges off the vicissitudes her songs depict while still acknowledging the humor and occasional beauty of those edges.