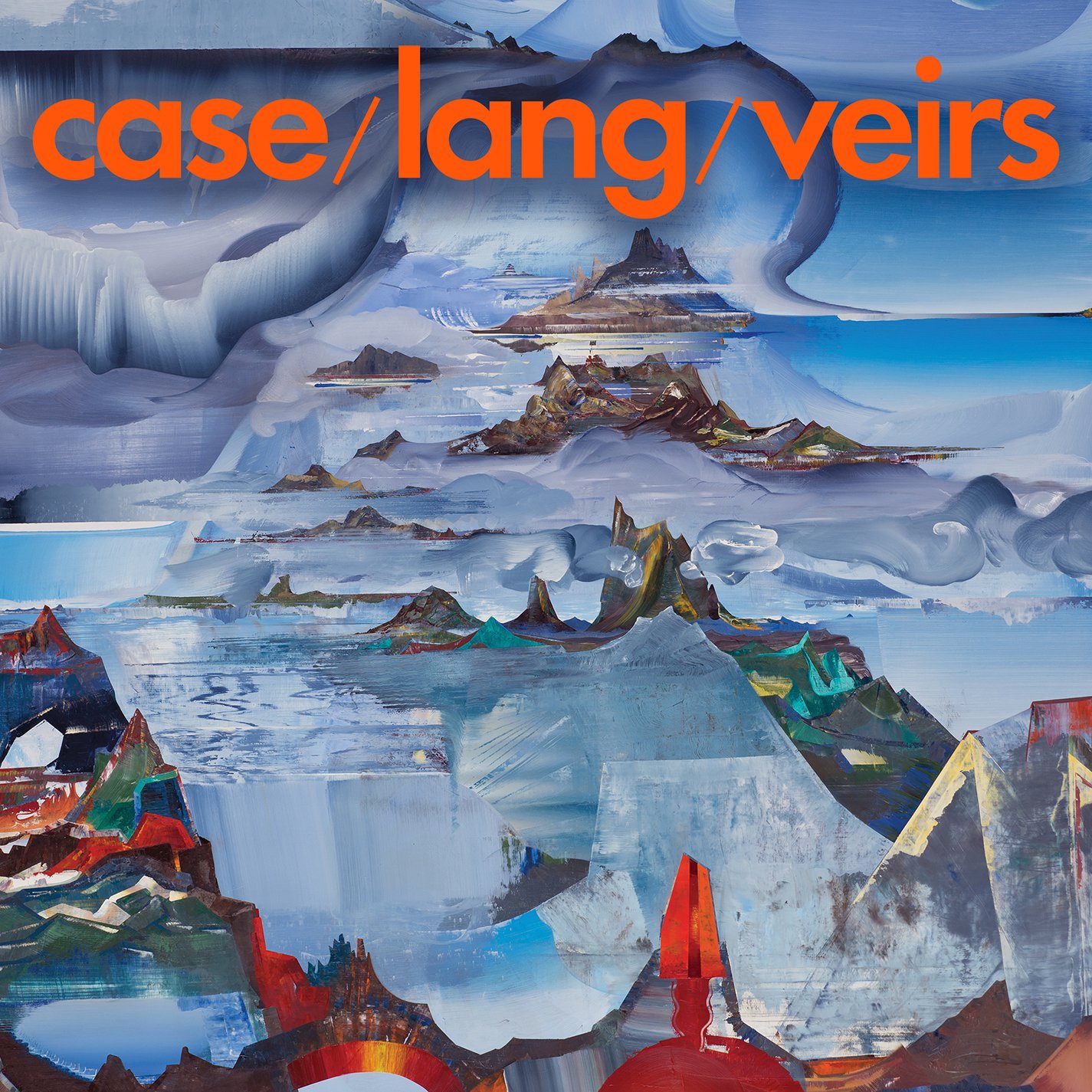 This self-titled, one-off album from Neko Case, K.D. Lang, and Laura Veirs arrives with an air of inevitability, built of songs that have seemingly always existed and just needed the right context to emerge. Throughout case/lang/veirs, the three singer-songwriters borrow from a history of kindred souls—from doo-wop’s call-and-response song structure to the aching, three-part harmonies of Dolly Parton, Linda Ronstadt, and Emmylou Harris on Trios I and II—to craft an album that knowingly winks at girl groups past, yet also works considerable raw material from Case, Lang, and Veirs’s own bones.

Steeped in the repurposed Americana sound familiar to the Pacific Northwest (Case, Lang, and Veirs have all called the region home), the album covers torch music, jangle pop, front-porch folk, and alternative country, exuding the quiet showmanship of seasoned pros who share instant and obvious chemistry. Having each maintained solo careers for at least 15 years, these artists find relief and room to improvise as backing guitarists; this comes through in the loose fingerpicking that underscores the psychedelic shuffle of “Supermoon,” the heavy and distorted guitar solo that adds a celestial pull to Lang’s ballad “Blue Fires,” and the cascading staccato riffs that fill out the Phil Spector-style “Honey and Smoke.”

The album’s strings, horns, and an athletic and diverse rhythm section amplify the emotion of the songs throughout. The grumbling cello on the low end of Case’s “Down I-5,” for instance, adds grit to match her world-weary tale, and the mix of limber strings, muted piano runs, and shuffled percussion on “Greens of June” renders the song eerie and delicate at once.

And the album’s lyrics, which swing from straightforward to philosophical, reflect a similar amity and interplay. Lang is a deep-feeling, sentimental songwriter, and Veirs is hyper-literal and observational, while Case’s desert-dusted travelogues, where surveillance of the mundane takes on a surreal poetry, bridges between the two. The lyric “The hottest part of this flame burns blue” on “Blue Fires” is prime Lang, but another line about January cherries is in Veirs’s wheelhouse of quirky sightseeing. And the abstract triplet that opens case/lang/veirs on “Atomic Number,” each line sung in turn by a different bandmate, nods to country-western tropes, yet also seems slyly personal to these women and their collaboration: “I’m not the freckled maid/I’m not the fair-hair girl/I’m not a pail of milk for you to spoil.” That the lyric precedes a chorus with questions about Language and science, and pairs with a mystic arrangement where strings and guitar plaintively tremble while drums sputter like machinery, displays the curiosity that these women bring out in each other as writers and musicians.

Like “Atomic Number,” other album highlights (including “Best Kept Secret” and “Delirium”) feature well-placed harmonies, nimble instrumentation, and clever wordplay. The simple folk song “I Want to Be Here,” which roars to life with acoustic guitar and organ like something off Blood on the Tracks, features the album’s most immediate chorus. Its lyrics are half-written from a newborn’s point of view (“I’ve got new words/I can see sideways”), and an appropriately minimal and chugging guitar solo sounds like the guitarist is just learning to play. case/lang/veirs has a few languid stretches, but it’s hard to imagine that another country album this year will explore as much of the genre as this one—perhaps because its spirit of collaboration is a release from demands of stylistic and thematic cohesion.

Case, Lang, and Veirs also share between them an affinity for the open road, which is a major influence on both the musical history and the sonic innovation on case/lang/veirs. The album flows like a conversation and negotiation between three artists who’ve done the same thing, but in different ways, now learning the world through each other’s eyes. As Case narrates her drive down the titular and familiar highway of “Down I-5,” this becomes clear: “I don’t ever wanna die/’Cause I’d never get to see/All this beauty passing by me,” she sings, traveling somewhere she’s been countless times before, but still seeing things she’s never seen—or at least seeing old things anew.