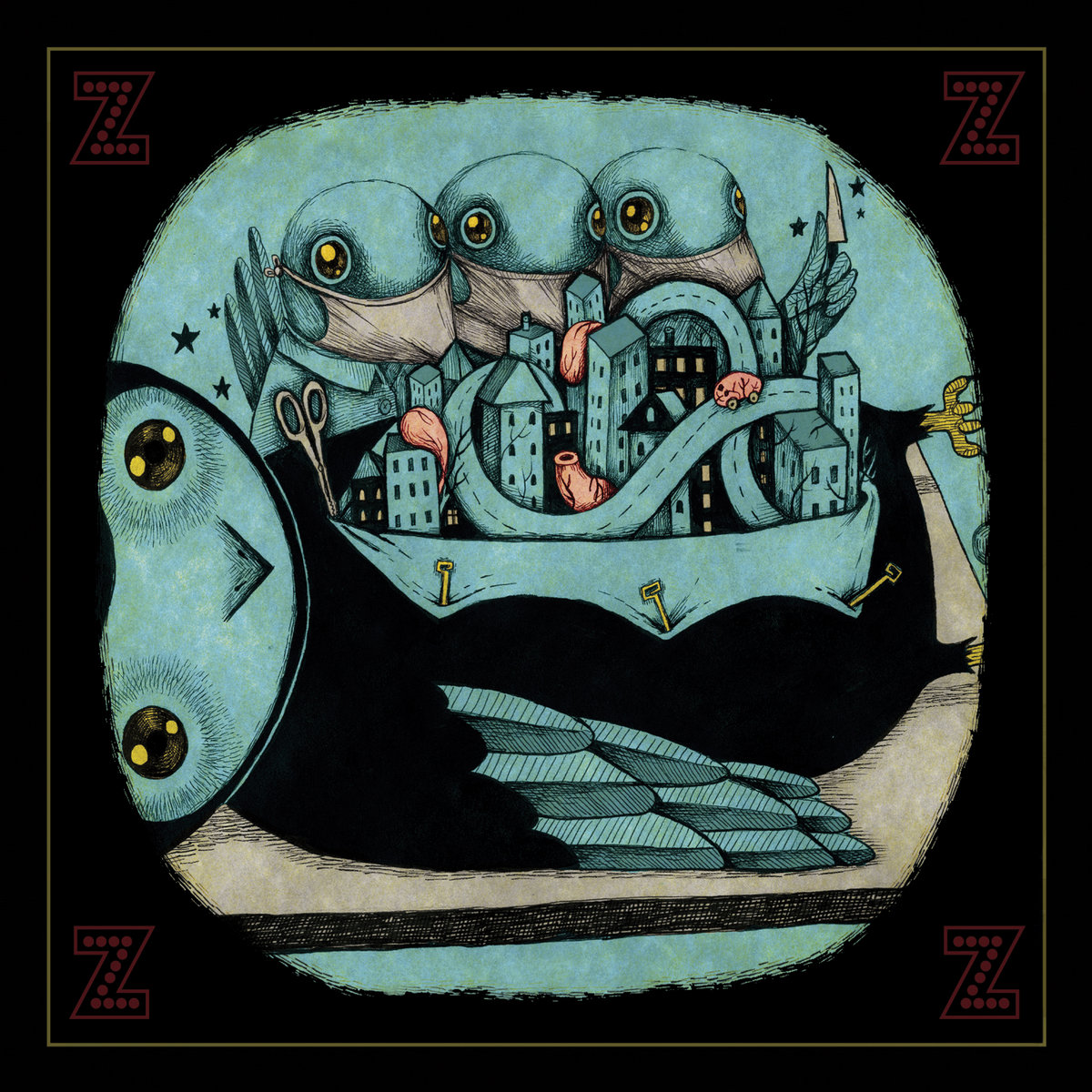 Some wags would argue that deep-fried shoegazers My Morning Jacket have never really known restraint—The Tennessee Fire, At Dawn, and It Still Moves were just as likely to feature a finely wrought, time-sensitive vignette (“Bermuda Highway”) as they were a seemingly endless rumination on lost love (“Steam Engine”). But with Z, the woolly Jim James and his merry band of bluegrass rock fusionists tighten their belts and reduce their musical vocabulary to its very essence—Z is the group’s first album to clock in at less than 60 minutes. Dialing down the reverb and allowing more wide-ranging influences to show through, My Morning Jacket fashions a messy, transitory record that’s head-over-heels giddy, curiously experimental, and patently weird in equal measure. From the kinetic “What A Wonderful Man” to the eerily beautiful LSD carnival waltz of “Into The Woods,” James sounds unburdened and alive, which isn’t discounting his vitality prior to Z, but merely suggesting that the plaintive troubadour who crooned about lonely factories and misplaced affection might be a far cry from the man letting loose reckless, airplane hangar war whoops during “Wordless Chorus.” Devotees of the ‘70s AM pop/echo chamber psychedelia smeared all over these Kentuckian’s recorded output to date might initially flinch at Z’s intentions, but just when you think the Jacket’s gone all raw and frayed, erasing clear-eyed emotion from the equation, a startlingly graceful left hook, “Knot Comes Loose,” glides in, a barroom-frequenting, pedal steel-riding angel to remind you of the boys’ inescapable whiskey-stained soul. Having slipped into the mainstream with 2003’s It Still Moves, James and company sound as though they’ve got all the validation they need to continue forging ahead into the cosmos, like some kind of hick Arcade Fire.