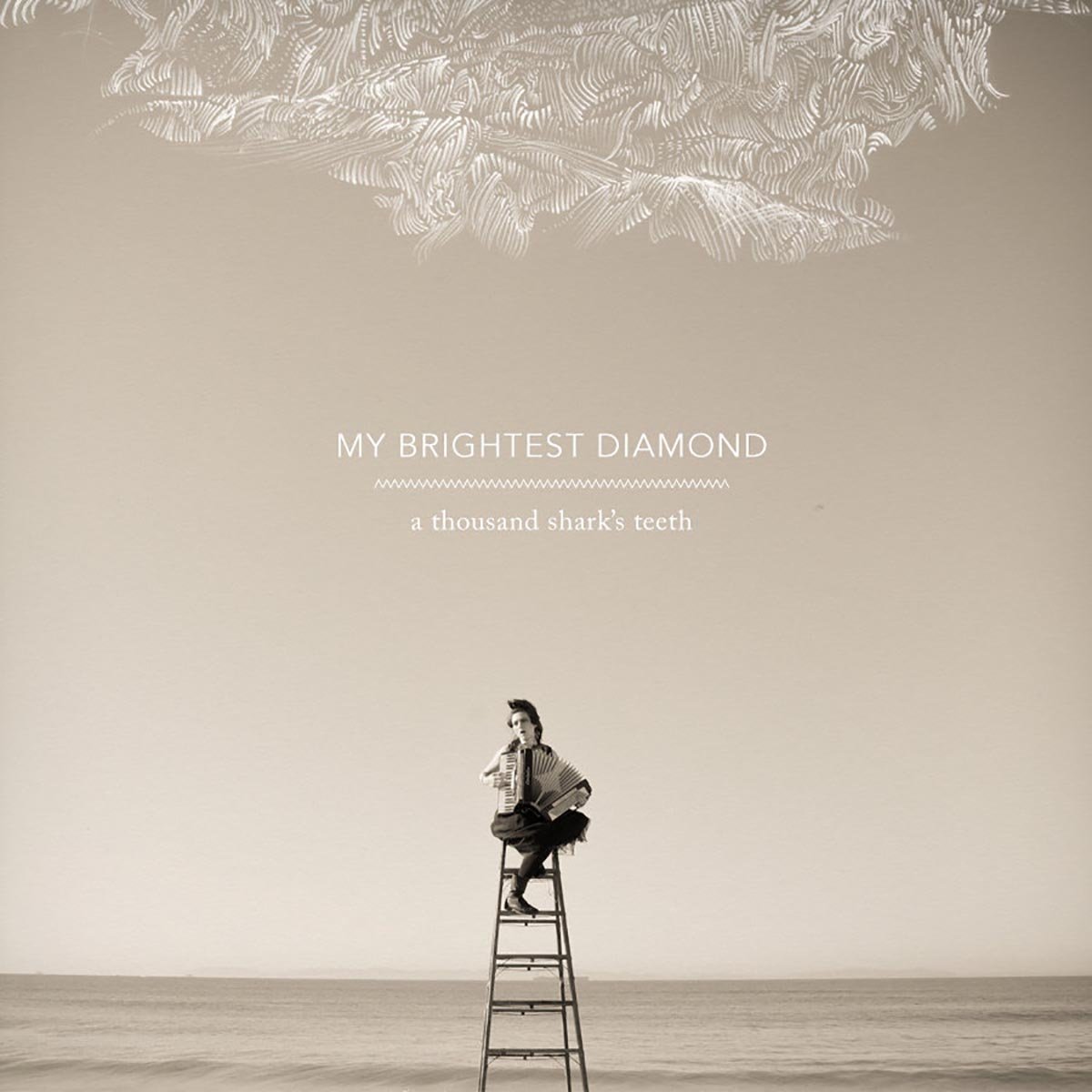 My first spin of My Brightest Diamond’s sophomore effort, A Thousand Shark’s Teeth, was accompanied by a Wikipedia binge that focused primarily on the sinking of the RMS Titanic. The album provided an evocative backdrop for my perusal of the details surrounding the ocean liner’s doomed maiden voyage, but it wasn’t until a second, more attentive listen that I realized how appropriate a soundtrack it was. The album’s title comes from the song “Goodbye Lover,” in which singer-songwriter Shara Worden likens the risks of love to an agonizing death at sea—specifically, “fear of exposure” and the prickling of “a thousand shark teeth.” The portrait painted throughout Shark’s Teeth is of a self-contained world, some faraway Brigadoon filled with storms and teeming with tidal shifts: “I want a storm to blow it out/I want to shake myself and turn my heart inside out,” Worden sings on the theatrical “Ice and the Storm,” a snow globe of a song. Throughout the album, cascading guitars submerge Worden’s soundscapes of swelling strings, tinkling pianos and rattling percussion like rolling waves. “I rest my head on water/I slip under/I descend into the deep/Past the rushes, past the shipwrecks/Into my tears I flow,” she says on “Like a Sieve.”

Originally conceived as an album of string-quartet pieces, Shark’s Teeth evolved into something more musically full-bodied (the spare “If I Were Queen” might be the only vestige from the initial concept): the peculiar, cabaret-style “Black and Cousaud” borrows lyrics from Ravel’s L’enfant et les Sortileges; “To Pluto’s Moon,” the album’s mournful, trip-hop-infused centerpiece, is like the despondent bastard child of Radiohead and Massive Attack; “Bass Player” moves with the sexy, measured swagger of its titular subject. For Worden, love is something to wail about but her vocals are slightly reigned in here—perhaps only if you listen to the record back-to-back with Bring Me the Workhorse, but noticeable nevertheless. Björk is once again a touchstone, as Worden turns an unlikely turn of phrase (“Darling, we’ve accumulated too much miscommunication”) into a near pop slogan on “Ice and the Storm,” and she possesses the Icelandic performer’s peculiar attention to detail. It’s something the designers of the Titanic no doubt also possessed. Aside from those iron rivets, of course.

Review: My Brightest Diamond, All Things Will Unwind

Review: My Brightest Diamond, Bring Me the Workhorse