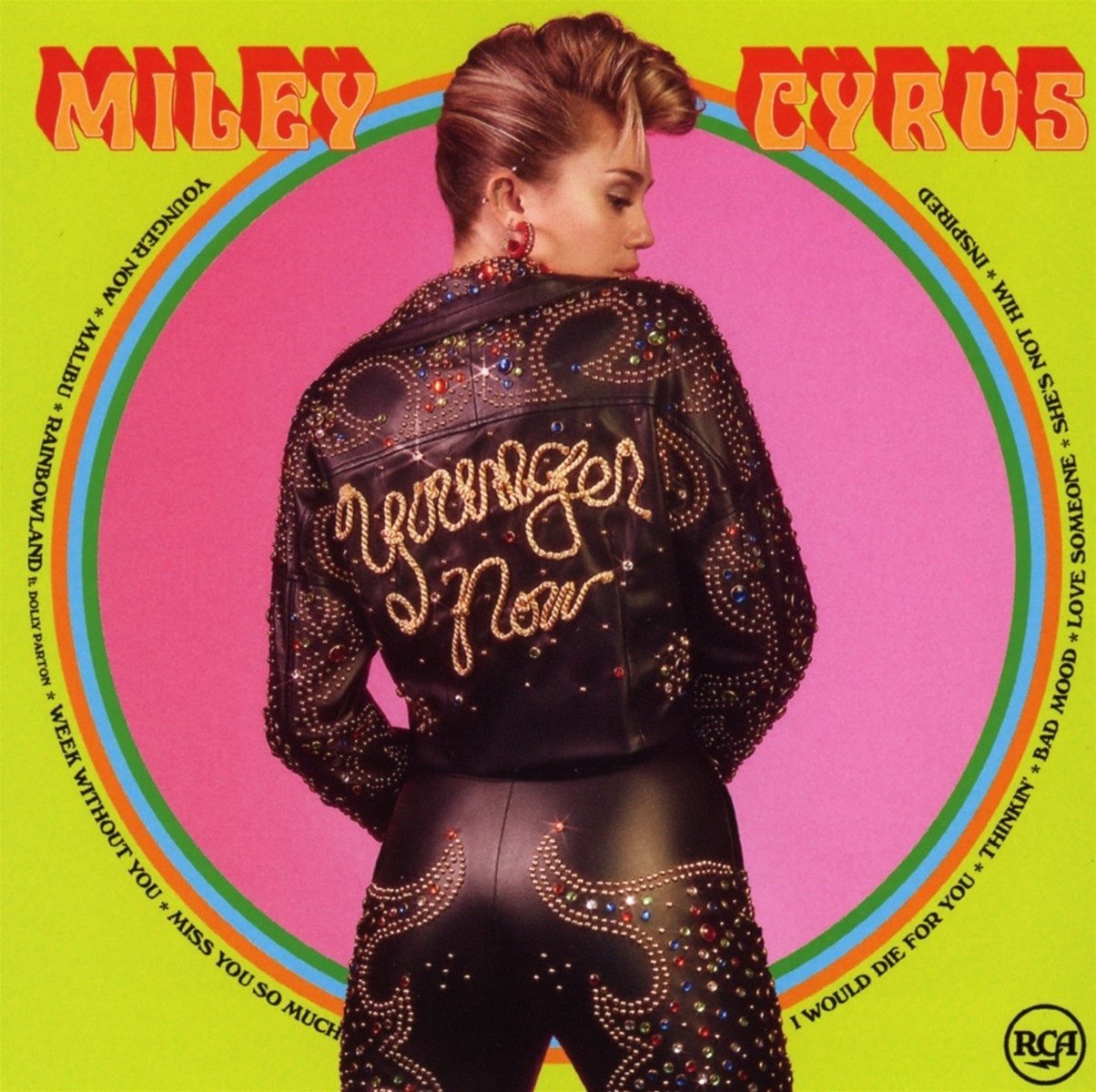 For the better part of the last decade, Miley Cyrus has been courting controversy in the most tiresome and banal of ways. Her reinventions have arrived like clockwork, from bewigged child star to tongue-wagging party girl to pansexual post-hippie. Now, with Younger Now, the Artist Formerly Known as Hannah Montana has adopted a persona that’s more studied but less weird than the one she trotted out while performing nude with the Flaming Lips—and, Miley being Miley, she’s managed to alienate more people in the process.

This time, Cyrus’s crime has been to shed the hip-hop influence of her recent work, as if trying to reclaim the more conservative country-pop audience that she’d spent years rejecting. The think pieces practically wrote themselves: Cyrus is Culture Vulture Number One, appropriating black music and then throwing it under the bus when it became inconvenient; she’s milquetoast white liberalism writ large, racing to extend an olive branch to Trump supporters while the far-right elements of his base raged with impunity.

The only problem is that Younger Now isn’t quite the reactionary effort it’s been made out to be—by critics or Cyrus herself. This is a “back to basics” album that’s as stage-managed as Lady Gaga’s purposely muted Joanne. Almost expectedly, it begins with an explicit refutation of the old, wild Miley: “Feels like I just woke up,” she sings on the title track, “like all this time I’ve been asleep.” Even the title is a direct—and contrived—callback to folk-rock classicism, echoing the famous refrain of Bob Dylan’s “My Back Pages.”

If Younger Now is a clear retreat to the middle of the road, though, it also feels truer to Cyrus’s artistic strengths than her last two albums, 2013’s Bangerz and 2015’s Miley Cyrus & Her Dead Petz. The former was tragically short on, well, bangers, and despite her frequently professed love for weed, Cyrus was never weird enough to hang with Wayne Coyne’s fearless freaks. On this new album, she wisely sticks to the thing that allowed her to cross over from the Disney Channel silo in the first place: her powerful, husky-beyond-its-years voice, which has only gotten better as she’s grown into it.

On tracks like the rootsy, soulful “Week Without You” and the pop-rock earworm “Thinkin’,” Cyrus exudes charisma and spunk, and without the try-hard tendencies that have marred some of her recent output. She even holds her own alongside her godmother, Dolly Parton, on the saccharine but charming “Rainbowland,” a political non-statement that nevertheless comes across a lot better than her real-life attempts to reach across the aisle.

The Parton collaboration is also one of only a few genuine “country” moments on an album that’s been described, somewhat bafflingly, as a return to Cyrus’s Nashville roots. Elsewhere, there are slight touches of country flavor—a fiddle at the beginning of “She’s Not Him,” pedal steel on the pensive closer “Inspired”—but the dominant flavor is standard contemporary radio pop-rock.

Despite what its cringeworthy advance press would have us believe, Younger Now doesn’t quite fit the narrative of Cyrus fleeing urban music for the safe, white confines of country-pop. If anything, it’s the sound of a promising young singer who tried and failed to produce compelling music on the margins, turning back and self-consciously striking a more conservative pose. It’s not as interesting a story, maybe, but it’s also not as problematic.