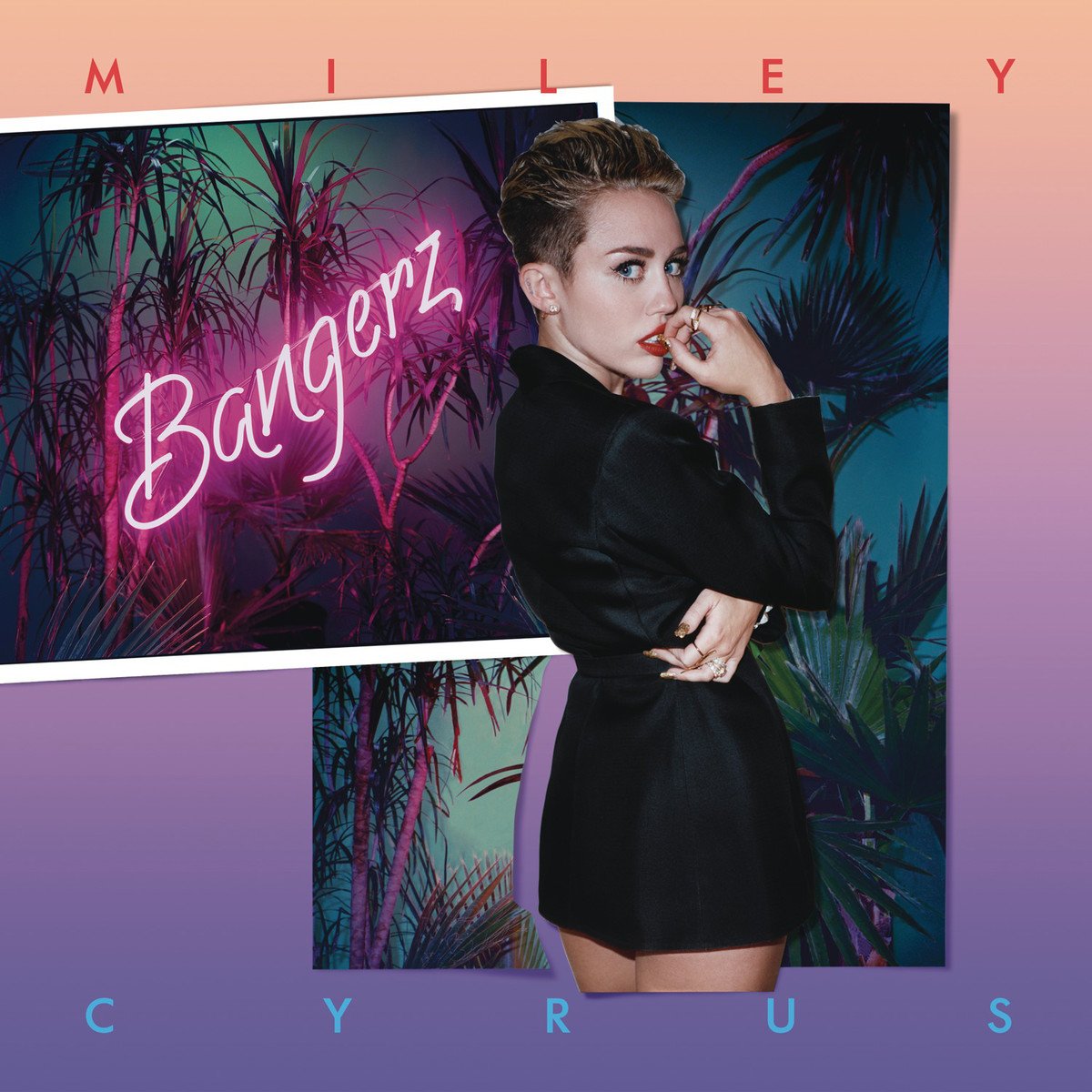 With her fourth album, Bangerz, Miley Cyrus has truly popped a wheelie on the zeitgeist, pillaging and pointing to every corner of pop culture in a haze of pure id. While Cyrus’s recent work and appearances have been lambasted as contrived provocation, her new album reveals, quite remarkably, that at the heart of her outlandish behavior is a newfound sense of independence. Bangerz is an album that, on just about every track, explores what it means to live in the moment, indulge baser impulses, and suffer the consequences later.

While much of the album blends dance and hip-hop, borrowing from the likes of Ke$ha and Nicki Minaj, it begins with “Adore You,” a simple, relatively barebones ballad about destructive dependence in which Cyrus belts outs lines like “When you say you need me/Know I need you more/Boy, I adore you.” The singer elevates these potentially tired themes by finding a careful balance of vulnerability and strength.

The rest of Bangerz works to subvert traditional gender roles and establish a vision of female autonomy. On the hit single “We Can’t Stop,” Cyrus lays out her version of girl power: “It’s our body/We can do what we want to/It’s our house/We can love who we want to/It’s our song/We can sing if we want to/It’s my mouth/I can say what I want to.” This isn’t just a simple hook about girls singing along to songs at parties; it’s also an anti-slut-shaming assertion of female independence. The fact that the statement is planted in the middle of a cloud-rap party-banger aesthetic in which women are typically props only serves to further bolster Cyrus’s message.

Elsewhere, Cyrus explores ideas of femininity with a sinister, determined edge. “4×4” is like Carrie Underwood’s “Before He Cheats” as told from the perspective of the other woman, and Cyrus revels kicking up dirt as the offending party. “I’m a female rebel, can’t you see?/Ridin’ ‘round your backyard to the beat,” she sings over a stomping country/hip-hop hybrid beat. The amalgamation of popular genres she employs throughout the album is perhaps best executed on “FU,” an unexpected fusion of Amy Winehouse and Skrillex’s styles, with Cyrus playing the femme fatale with an exaggerated Southern drawl, ready to rip into male suitors and their tired pick-up lines. “I’ve got two, two, two letters for you/One of them is F, and the other is U” may not be wittiest couplet, but when sung by Cyrus atop a heavy dubstep wobble, it feels biting and ferocious.

While Bangerz is certainly admirable for its attempts at propagating a message of empowerment, it also succeeds as a straightforward party album, from the Auto-Tuned Euro-house jam “SMS (Bangerz),” features a guest spot from Britney Spears, to “Drive,” which pulses and swirls like sweaty bodies on the dance floor. “#GETITRIGHT” is a sexy slice of pop-funk whose lyrics boast a raunchy but refreshing display of female sexual agency: “I’m dancing in the mirror/I feel like I got no panties on/I wish that I could feel ya/So hurry, hang up that damn phone.”

A few tracks find Cyrus genre-hopping without any clear focus, like the tedious and cliché “Love Money Party” and the rote “Maybe You’re Right,” but they’re outliers on an otherwise consistent, and consistently surprising, album. Bangerz is a personal, idiosyncratic effort that finds equal rewards in twentysomething indulgence and inspiring “be yourself” mantras.

Review: Pusha T, My Name Is My Name