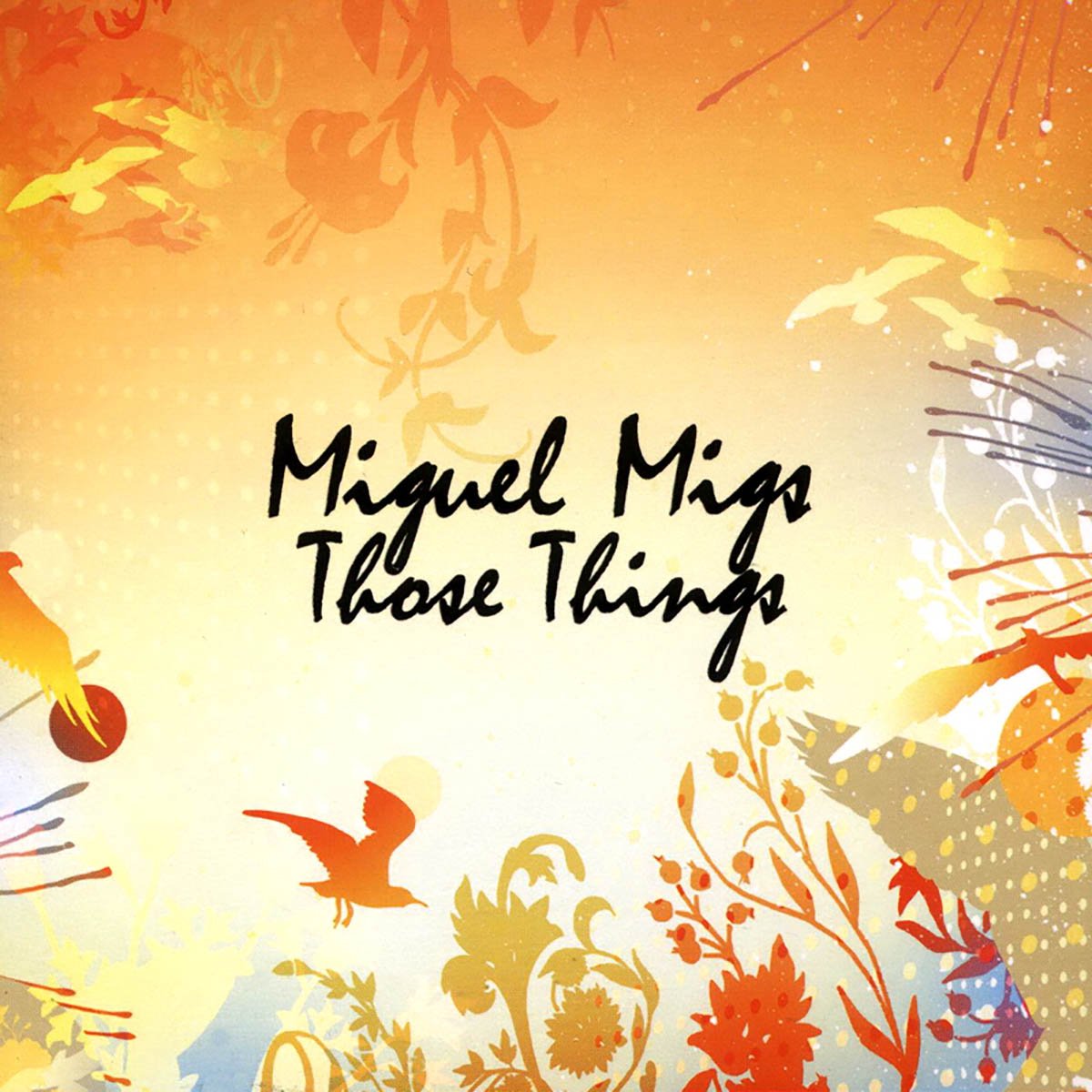 Miguel Migs’s 2002 debut, Colorful You, was a triumph of smooth, clean, but ultimately generic deep house. Filled with plenty of the bright colors but few actual shades, the album coasted on its acquiescent willingness to be filed away as sophisticated background sounds. It was shallow deep house, if you will. The follow-up, 24th St. Sounds, kept the mix at a flatline, but made up for its meringue incorporation of merengue (in addition to dub, progressive, salsa, chill, jazz, and handbag house) with stronger hooks—the sheets of vocal oh’s of “Secrets” or the tangy major-minor undulations of “The Jam.”

Migs’s newest album, Those Things, is a step back, but an exceedingly tasteful step back. Relying heavily on downy collaborations with Lisa Shaw and Tim Fuller, the album (and its tiki cover artwork) make very clear how Migs’s music doesn’t so much conglomerate genres as it consumes them, digests them, and forces them to work by eliminating the natural friction that by all reason ought to result when percolating Soft Cell keyboard pings run up against Earth, Wind & Fire horns and a dick-rock guitar solo (as they do in “Make Things Happen”). Like the department stores in which his tunes are most likely to be heard, the ersatz multicultural sheen of his house music is calculated to coordinate with just about anything.

Fittingly, nearly any given tune here would work better on a dance-mix CD, as a palate-cleansing buffer between more forthright niche tracks. Take your pick, but might I suggest a few things that would look so you? Try the cotton-balled beats of “Mesmerized,” which would juxtapose nicely against the barrelhouse four-on-the-floor of !!!, or, if you’d rather, mix and match the spare guitar riffs and thick bassline of “Get Down” with a vintage boogie track (try “Last Night a DJ Saved My Life”). The downtempo stutters of “Fire” and piano-heavy thump of “Shake It Up” correspond well with afrobeat and Bizarre Inc, respectively. Alongside honest roughage, any of the clap-happy (but not too happy) moments would register as undiluted sunrays. Listen to the album as it’s presented here, though, and feel the melanoma surface.

Review: The Pierces, Thirteen Tales Of Love And Revenge