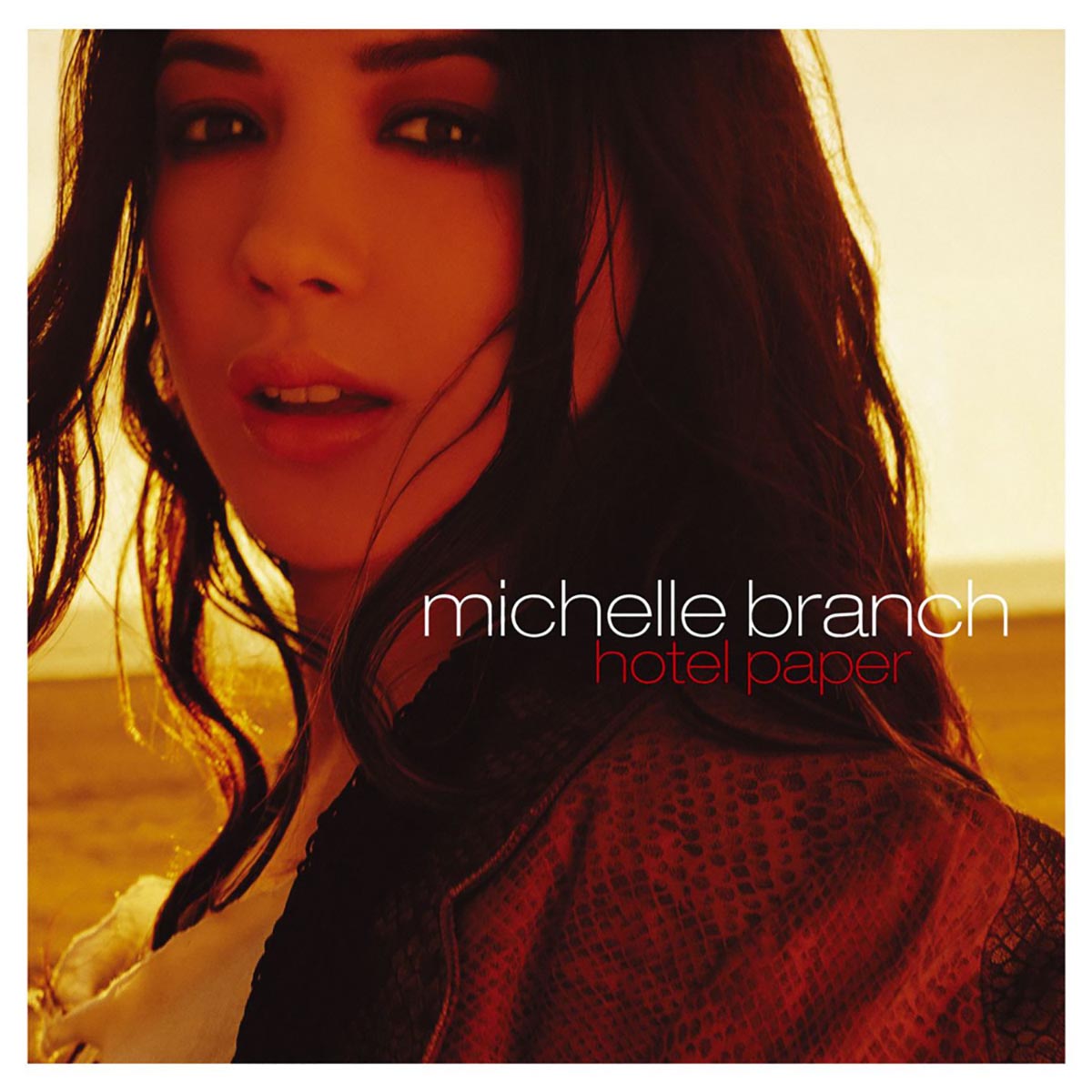 The title track of Michelle Branch’s sophomore effort, Hotel Paper, promises to extol the hardships of a touring artist but, like much of the album, it doesn’t deliver. The song’s first lines are wasted poetry (“I write mostly on hotel paper/Knowing that my thoughts will never leave this room”); not only will her empty promise undoubtedly reverberate on car stereo speakers of teens across the country this summer, the rest of the track—and album for that matter—simply treads typical lovelorn territory. Branch laments the price of B-list fame on “Find Your Way Back” (“You told me everything I wanted to hear/And you sold me”) amid sunny pop/rock melodies and bright guitar chords, while calling on guitarist Dave Navarro to give the album’s lead single, “Are You Happy Now,” a darker edge. Branch could’ve achieved said darkness (and some lyrical edginess), however, by hooking up with New Radicals’s Gregg Alexander, whose accessible production and ear for alternative pop would complement Branch’s own earnest songwriting like a glove. Though the singer’s voice pales next to that of guest Sheryl Crow’s more womanly vocal on “Love Me Like That” (one of Hotel Paper’s stand-out tracks), the far-from-desperate yet catchy “Desperately” and the radio-ready “Breathe” are the kind of songs that will keep Branch in the game—as a songwriter and romantic comedy trailer fixture—for a long time to come.