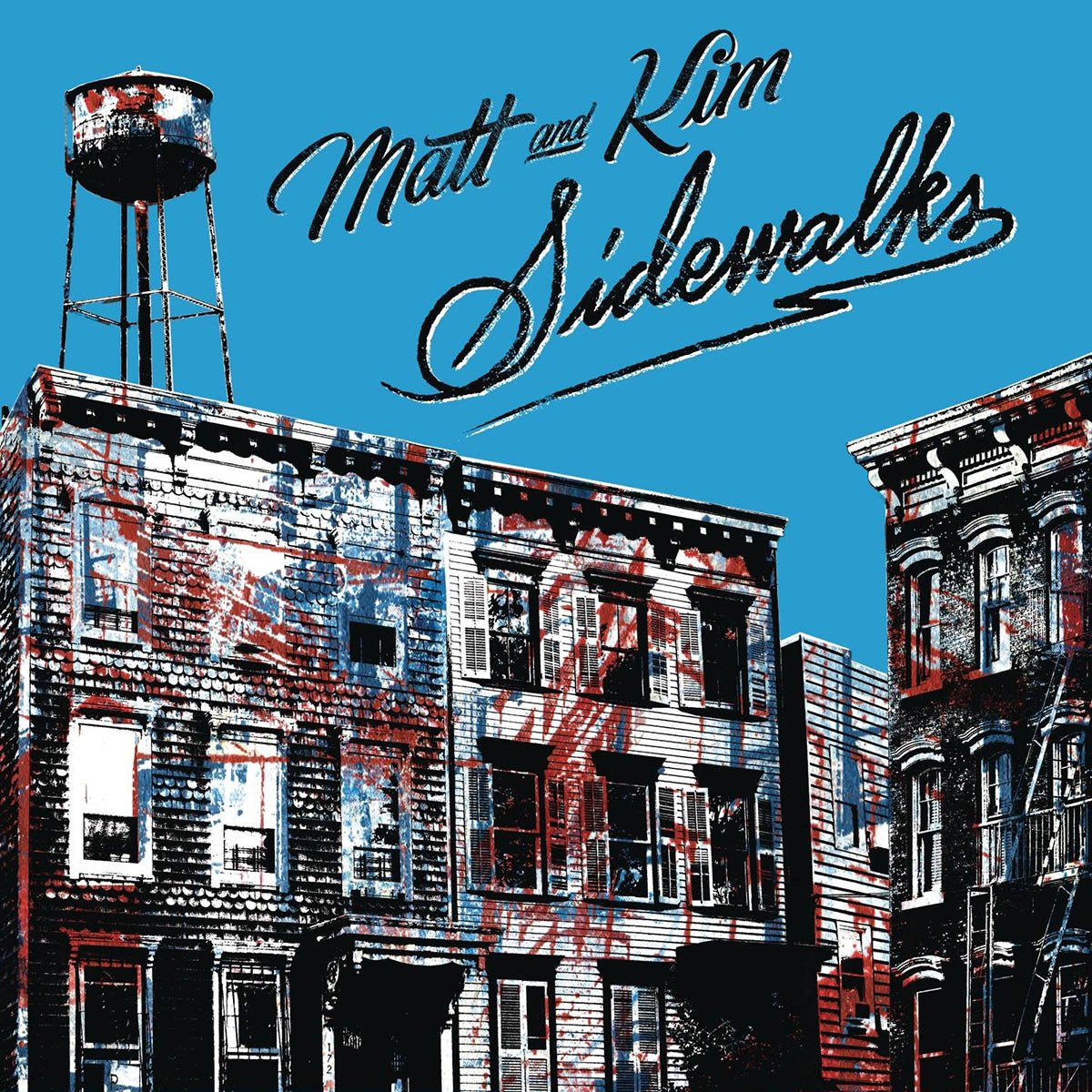 The modest breakthrough success of Matt and Kim’s 2009 sophomore album, Grand, seemed disproportionate to their songs’ near-instantaneous appeal. An average radio presence for the insanely catchy “Daylight” and “Good Ol’ Fashioned Nightmare” appeared to be the Brooklyn duo’s only real reward for expertly crafting a stomping, sing-along record on an amateur budget. With the indie hype machine seeming largely disinterested in their punk-dance antics, Matt and Kim has soldiered on with mixed results on Sidewalks, an album clearly caught between reveling in the duo’s unique, lo-fi ridiculousness and the tempting call of greater popularity via safe, bland production. Try as they might to straddle that line, Matt and Kim has lost a bit of their musical soul in attempting to reconcile their rough, campy sound with mass-appeal polish, and as a result, Sidewalks lacks a considerable amount of the bite of its predecessor.

That’s not to say that the foundation of Matt and Kim’s appeal has been totally stripped away. The snarky humor, thunderous percussion, and simple hummability persist, and in some instances, have been perfected. And, of course, there’s the prevalence of Matt Johnson’s folksy, cornball lyricism: “No time for cameras, we’ll use our eyes as lens,” he quips on the feel-good “Cameras,” equal parts sincere and sarcastic. The same kind of humorous interplay between winking, tongue-in-cheek cheese and old-fashioned earnestness often carried Grand to its sweet spots, and though it’s still honestly applied on Sidewalks, the give and take is nowhere near as lithe. “I Know Where You’re Coming From” is more sap than sass, recycling the duo’s staccato melodies as Johnson sings his platitudes with the barest trace of his usual impudence. A line like “I drew this map by hand/To show you how to become a man” provokes more eye-rolling than amusement, sung as it is with only plain-faced sincerity and none of the group’s intentional, laughing-along-with-the-joke absurdity.

What ultimately redeems Sidewalks from mediocrity are the moments when Matt and Kim manages to recapture Grand’s juxtaposition of energetic, handclapping riffs with measured bittersweetness. Tracks like “Block After Block” and the horn-driven “Ice Melts” are both forlorn and celebratory, at times marked by a remarkable amount of melancholy, but mostly forward-looking, upbeat, and animated; in essence, party music with a brain. Sidewalks mostly carries through on the promise of that boisterous but thoughtful sound, even when it’s watered down by an average pop sensibility.