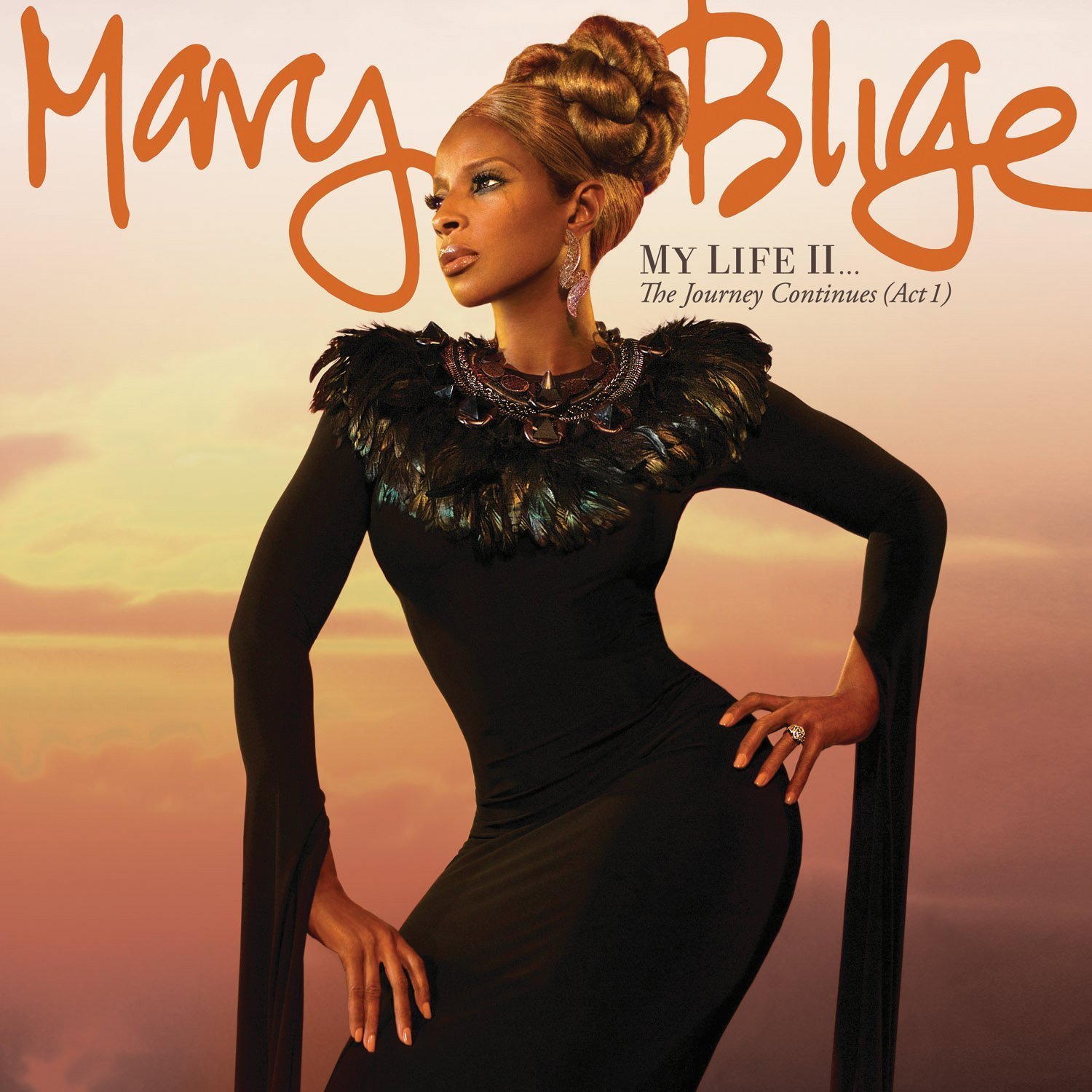 Even looking beyond the three-tiered title of Mary J. Blige’s latest installment of bass-heavy therapy (which feels like the cataloguing equivalent of her ever-present melisma), it takes a lot of salt to, decades after the fact, record a sequel to what is widely considered one of the most groundbreaking R&B albums of the 1990s, one which helped foster the merging of hip-hop and soul. Not that they were ever truly divergent fields, but My Life certainly made it feel like the two genres were falling in love for the first time. It might feel lately as though hip-hop has all but devoured R&B, just as the cover art for Blige’s sequel/continuation/chapter has apparently swallowed the “Jane” from her “Mary.”

If that’s the case, My Life II…The Journey Continues (Act 1) feels like a corrective, one which intends to restore soul back to prominence. It’s a drive reflected in the disc’s organizational flow, which begins with the hardest tracks and works its way down in BPM, dynamics, and overall production. Opening with a laughable intro phone conversation with Diddy, in which she confesses she would never be able to attempt a sequel to My Life without his involvement (which, naturally, marks Diddy’s only contribution to the ensuing album proper), Blige glides into the midtempo, Auto-Tune hip-hop of “Feel Inside” and “Midnight Drive” before making a dance-floor pit stop with Busta Rhymes on the buzzsaw-bassline “Next Level” and with the spectre of Chaka Khan’s influence on her spirited cover of “Ain’t Nobody.”

But from there, Blige dials it down so much that, by the time the album reaches its closing tracks, she’s fronting her most credible adult-contemporary music since 1999’s Mary. The slow burn reaches a climax of a sort with “Need Someone,” a stunning acoustic ballad from singer-songwriter (and former Mouseketeer) Matt Morris, the quiet beauty of which Blige maturely chooses not to trample over. It may be her most impressive performance in recent memory. If its resigned admission of co-dependency is uncharacteristically becalmed, “Empty Prayers,” a spare Tricky Stewart-produced ballad, finds Blige more in her comfort zone, picking the emotional scabs that bloomed the moment he “walked out that door.”

But just as Blige’s last few albums have brought some sense of (admittedly, occasionally boring) centeredness to her Yes, More Drama act, they’ve also brought some peculiarly astronomical proportions to her lapses into self-pity: “I know that he has something better to do than to sit and listen to a brokenhearted fool/Could’ve been saving the world from a tragedy, but instead he was listening to me,” she sings on “Empty Prayers.” Other times, Blige’s understatement brings forth moments of unintentional comedy, as when she muses “So glad the worst is over” and “I can start living now” in the presumably straight-faced closing anthem “The Living Proof.”

Is the album a worthy successor to My Life? Not remotely, despite being a listenable chapter in Blige’s ongoing Remembrance of Joints Past. In function, My Life II is Blige flashing the chinks in her armor like a badge of honor, compared to My Life’s messy but vibrant force of sheer existence. Maybe she really did need Diddy’s help this time around.