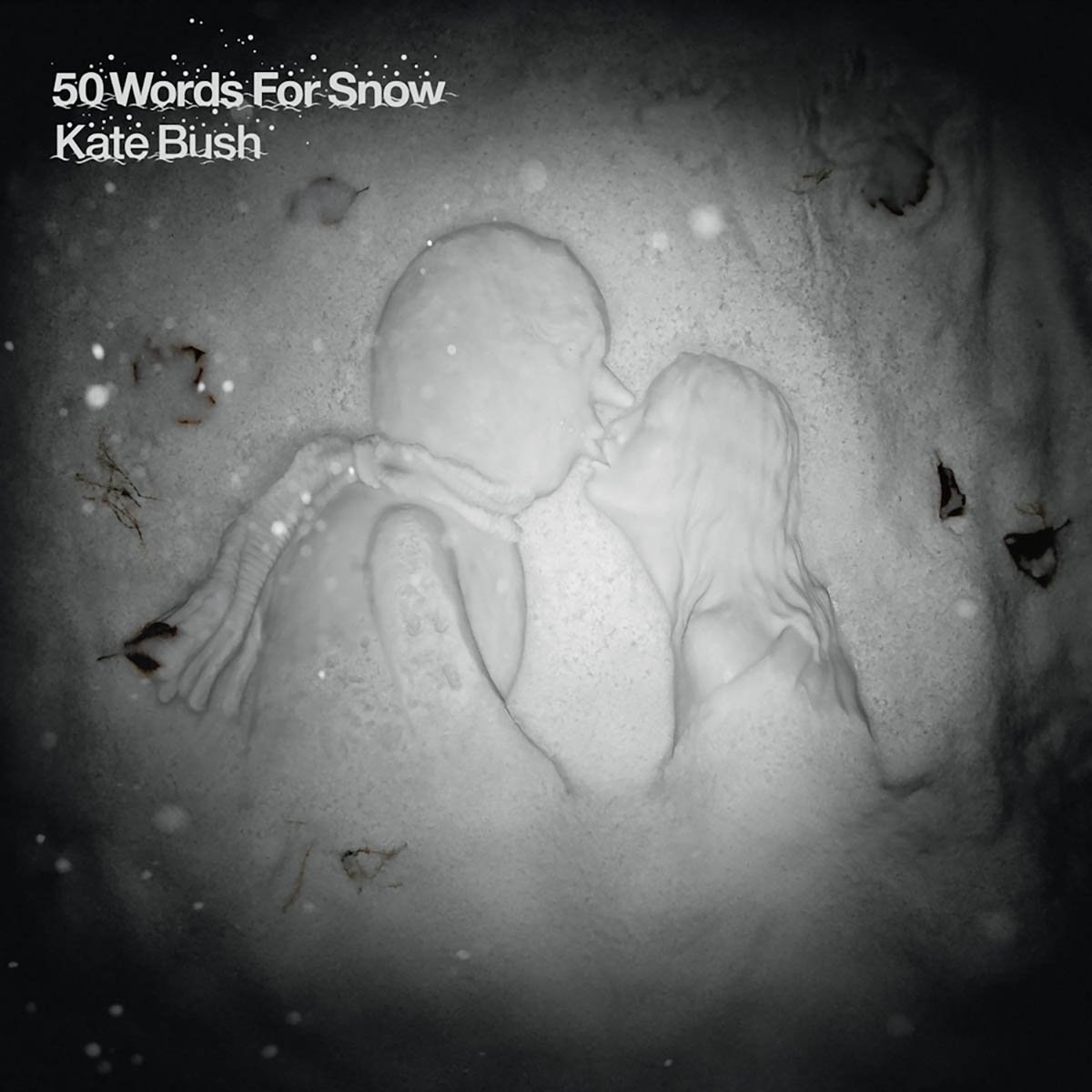 At other times the wide-open spaces make it all to evident how silly the material is. Bush’s songs have always had an element of the ridiculous, something that was lost in, or easily forgiven by, how dynamically propulsive and weird they were, full of vocal acrobatics and bizarre effects. With those things stripped away, songs like “Snowed in at Wheeler Street,” a blustery duet with Elton John chronicling a doomed love affair spanning hundreds of years, only point out how much Bush and Anne Rice have in common.

Nothing else here is nearly as bad, despite a litany of odd choices: on “Lake Tahoe” another 10-minute-plus mammoth, Bush pairs up with choral singer Stefan Roberts; on “Snowflake,” her son sings from the snowflake’s point of view; and Stephen Fry shows up on “50 Words for Snow” to recite the titular words as Bush croons over him. As absurd as it sounds, all of this is somehow perfect and eerily charming. 50 Words for Snow is a success not only because it’s so challengingly bold and peculiar, but because it repackages Bush’s usual idiosyncrasies in an entirely new form. It succeeds as a transitional work, but first and foremost as its own singular world—a hushed, magnificent snow globe full of strange stories and characters.