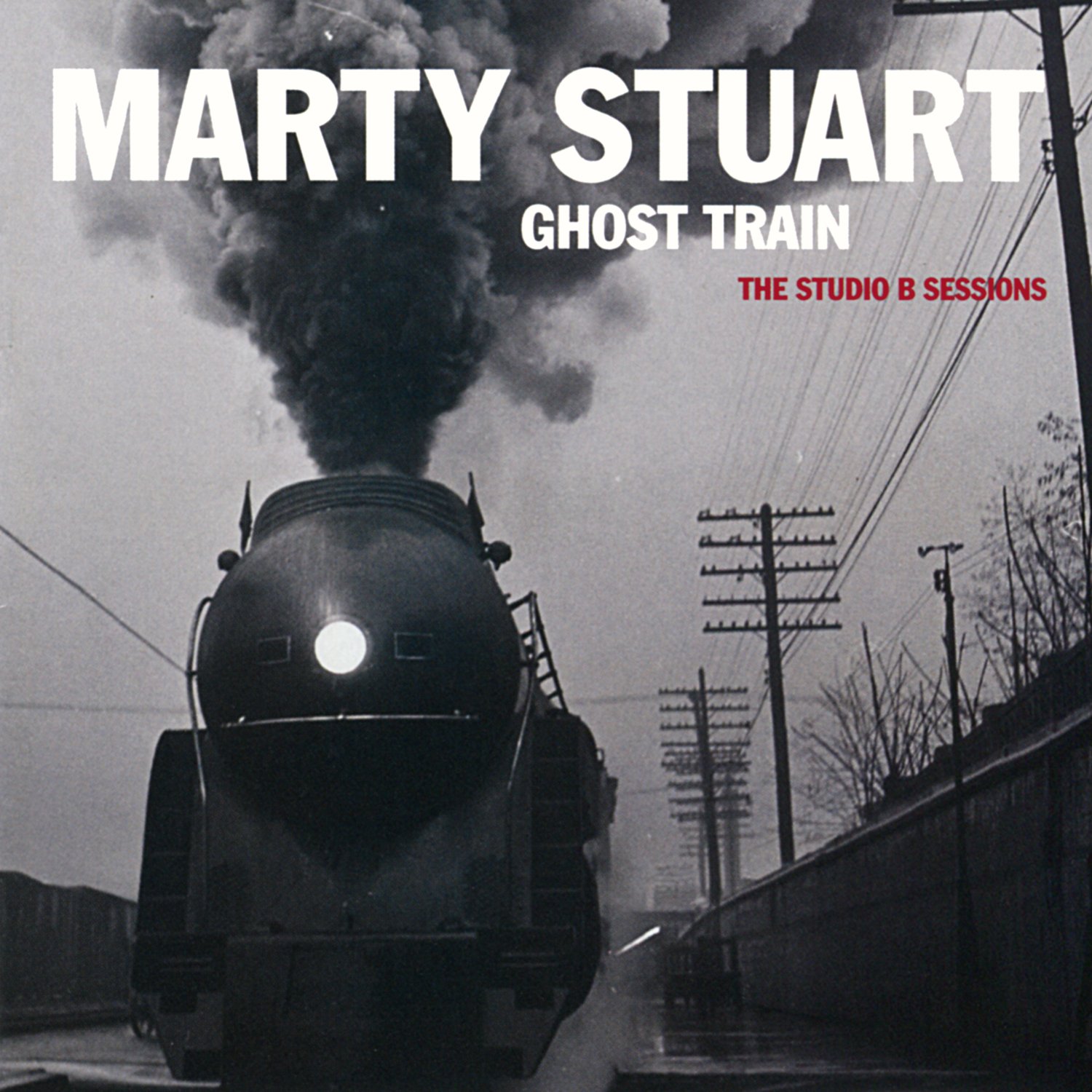 Though he began his career alongside other neo-traditionalist acts like Dwight Yoakam and Clint Black, Marty Stuart has emerged as one of the most passionate, most capable champions of purely traditional country music over the last decade. The heavy rockabilly influences that made his early recordings so compelling have given way to prominent pedal steels and vintage recording techniques. Stuart’s hair, a mullet of truly epic proportions, is just about the only thing that has remained constant over the course of his storied career.

Ghost Train: The Studio B Sessions, his latest effort, is easily among his most focused, most powerful collections of bedrock country. Kicking off with the punchy “Branded,” it’s clear that Stuart aims to reaffirm the values and virtues of the style of music he has worked so diligently to preserve. “Well, I’m branded wherever I go/Trying to outrun a bad story everybody seems to know,” he shrugs, with a twangy, chicken-plucked guitar figure and insistent drumline backing him. “Country Boy Rock & Roll” draws less heavily from rockabilly than from the Bakersfield sound of Buck Owens, and its breakneck tempo serves as an effective reminder that traditional country, when it’s done right, incorporates a healthy dose of hell-raising. Stuart carries that idea through the fast-picking instrumental “Hummingbyrd” and swinging “Ghost Train Four-Oh-Ten.”

Over the course of his career, Stuart has proven himself more adept at these kinds of uptempo cuts than at ballads, and that’s the case on Ghost Train as well. His performance on “Drifting Apart” is just fine, and he resurrects the “recitation” song style on the stirring “Porter Wagoner’s Grave.” But when he’s joined by his wife, Connie Smith, on “I Run to You,” it brings Stuart’s limitations into sharp relief. Granted, Smith happens to be the finest singer in the history of the country genre, so that might not be a fair comparison, but it’s one that Stuart actively invited. “Hard Working Man,” an unbearable bit of persecution and paranoia (“In better times/In Old America/We sang the ‘Working Man’s Blues’ with such pride”) that seems tailor-made for Tea Party rallies, is an even more significant misstep in that it pulls focus from the album’s more timeless themes.

Though the execution of “Hard Working Man” is sorely lacking, the sentiment behind it is honest. In that way, even the one genuinely poor song on Ghost Track still fits with Stuart’s overall intentions for the project. More so than anything else, what is striking about the album is Stuart’s unabashed sincerity. He approaches traditional country music with a scholar’s curiosity and passion, and he has written and performed the songs on Ghost Train with expert skill. There isn’t anything the least bit progressive about the album, but Stuart has undoubtedly succeeded in creating a country record that not only preserves but honors the genre’s history.

Review: Fantasia, Back to Me