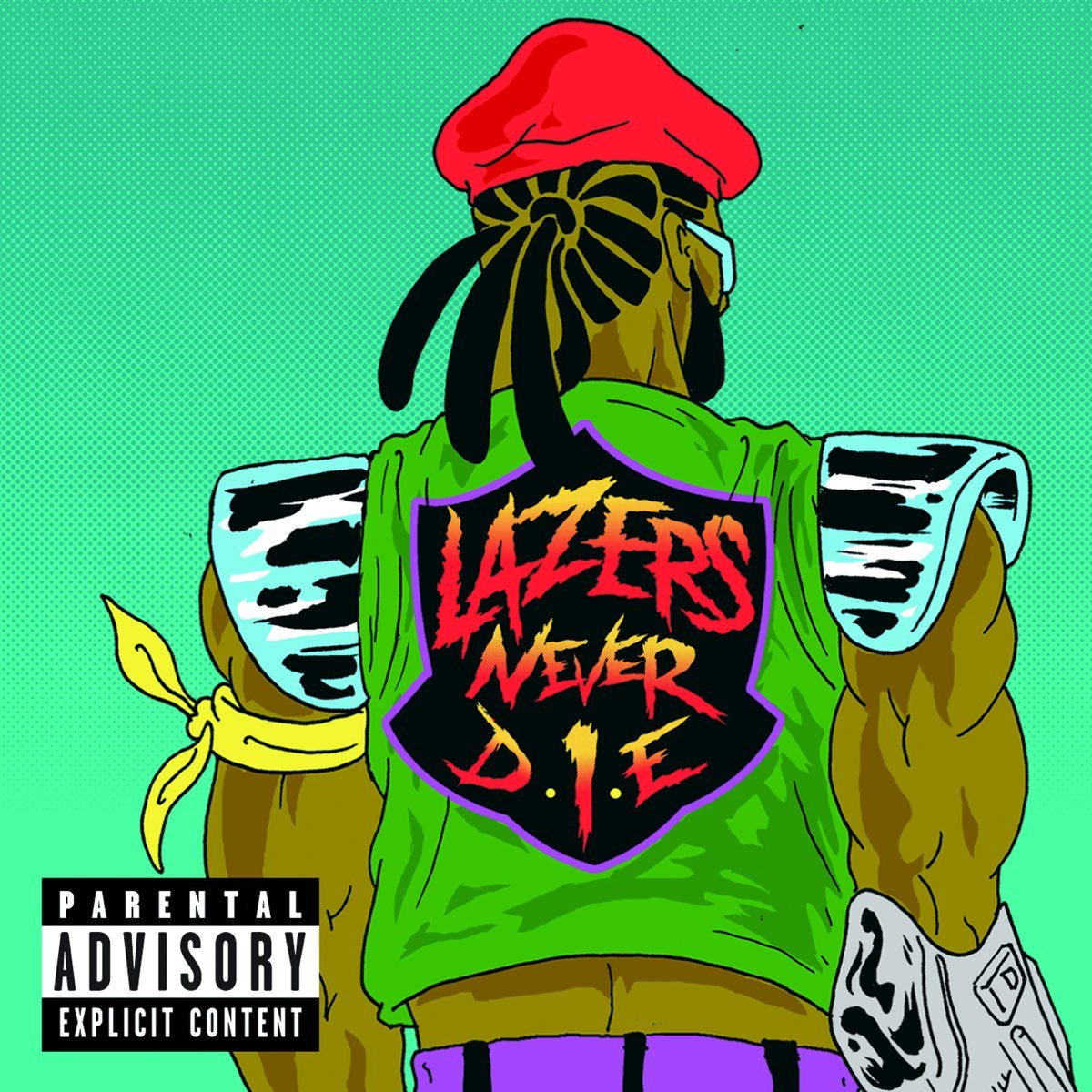 At first glance, Major Lazer’s Lazers Never Die EP seems like little more than a guileless marketing ploy. With the flat-out brilliant single “Sound of Siren” having made the blog rounds over the past several months, but without a proper new album on the horizon to support it, it seems like an easy out simply to repackage that single with remixes of a few songs from Guns Don’t Kill People…Lazers Do. That the EP arrives on the heels of a mixtape with the red-hot pop duo La Roux—a mixtape that, it’s worth mentioning, is awfully good in its own right—only heightens the impression that Major Lazer might be at risk of oversaturating the market with secondhand material.

Once Lazers Never Die gets going, however, any such misgivings evaporate quickly. Rather than just a stopgap between studio albums, the EP stands as a refinement of Major Lazer’s style and an expansion of their comic book-inspired mythology. Beat for beat, it’s arguably a stronger collection of dance floor-ready bangers than Guns Don’t Kill People, and each of the collaborators brings real inspiration and verve to their remixes or guest verses.

“Sound of Siren” is easily the standout, with its anti-snitching bent and deceptively chipper melodic hook courtesy of M.I.A., but there isn’t a second of filler on the EP. The other new cut, “Good Enough,” is far better than its title suggests, coasting along on a laidback, Calypso-leaning backing track while Canadian singer-songwriter Lindi Ortega steals the whole show with one hell of a Gwen Stefani impression. Thom Yorke’s remix of “Jump Up” is the biggest name collaboration on the set, and it fully lives up to its A-list billing. The original version of “Jump Up” was co-produced with Crookers’s signature two-step style, and Yorke pushes the song in an even more minimalist direction. What impresses most about his remix is how he uses the natural cadence of Leftside’s and Supahyp’s verses to drive the rhythm, punctuating it with only sparse, two-toned claps. The 8-bit effects on the Buraka Som Sistema Mix of “Bruk Out” are, in comparison, more obvious, but it’s no less effective. With its ever-so-slightly sped-up tempo, the “Bruk Out” remix is actually an improvement on the original. Even if the same can’t be said for the K.L.A.M. remix of “Can’t Stop Now,” the breakneck tempo of the cut and rapid-fire verses from Azealia Banks nonetheless make for the set’s most energetic song.

Ultimately, Lazers Never Die works both as a remix album and an essential addition to Major Lazer’s narrative. The remixed versions of the songs from Guns Don’t Kill People all demonstrate an intuitive understanding of what worked about those songs in their original forms, while the new songs continue in Major Lazer’s exploration of the sounds found on nearly every dance floor in the world’s tropical climates. For an EP that runs just over 20 minutes, Lazers never Die accomplishes more than most of the year’s full-length hip-hop records.