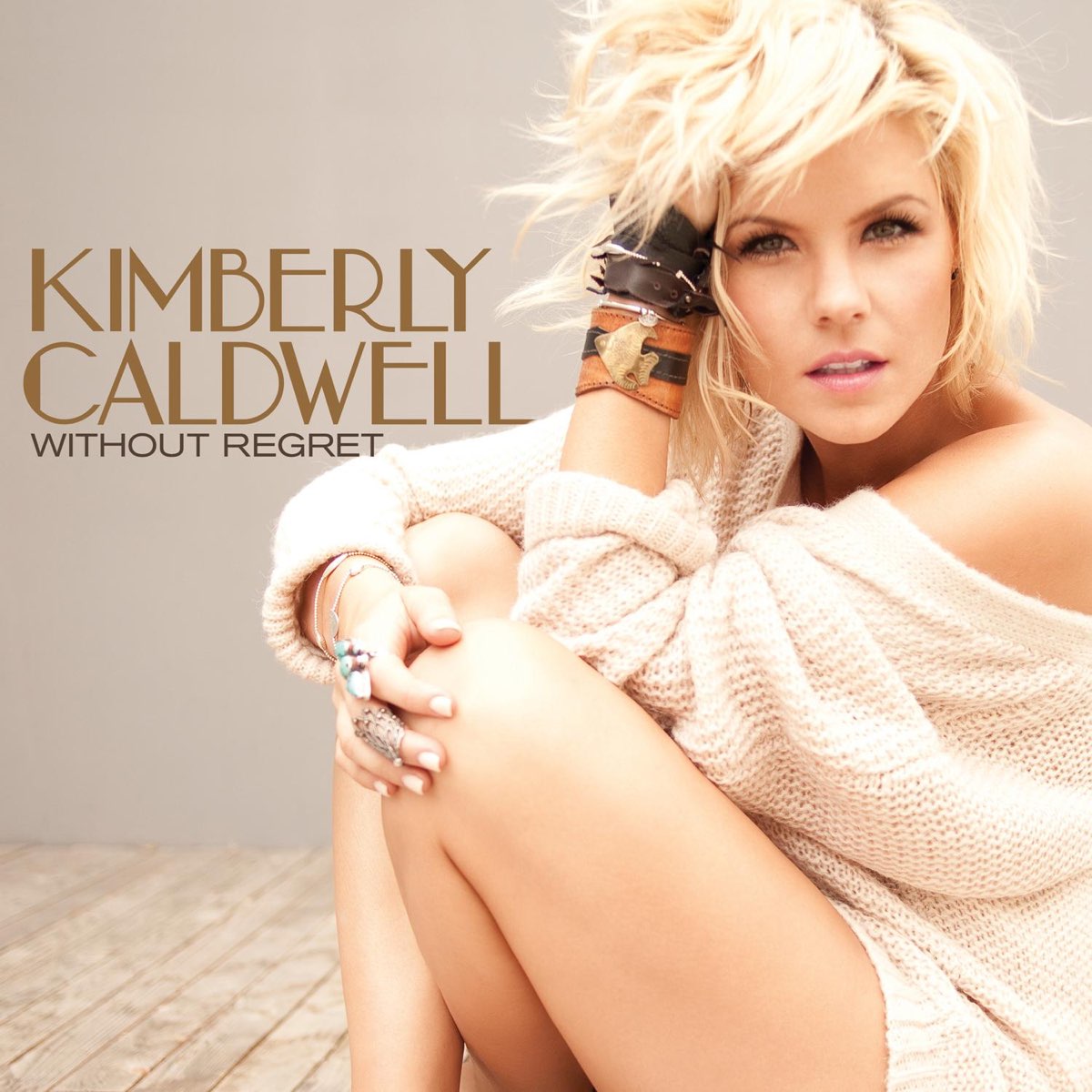 The conventional wisdom with American Idol contestants has been that, lest they be forgotten, they should try to stake their claims in the pop market before the next cycle of hopefuls make it to the show’s live weekly broadcasts. Kimberly Caldwell, who finished in the middle of the show’s second-season pack (which included Clay Aiken and Ruben Studdard) has taken a decidedly different approach. Between occasional modeling shoots, a short-lived romance with American Idol winner David Cook, hosting gigs for TV Guide channel, and even—spoiler alert—getting axed in half by cannibal hillbilly mutants, Caldwell has worked hard to keep herself on the periphery of the public radar. She’s not a household name by any means, but she’s retained a greater media presence than fellow castoffs like Lindsay Cardinale and Carmen Rasmussen.

That junior-varsity level of celebrity has afforded Caldwell the opportunity to wait a full eight years since her American Idol bid to release her debut album, Without Regret. The problem with the album, more than anything else, is that it does absolutely nothing to justify that long delay. It’s ultimately no better than the tepid debut albums from Aiken or Kellie Pickler, and it does nothing to establish Caldwell as a distinctive pop artist. If she has learned anything of value from the seven years since she last attempted to make it as a recording artist, it’s hard to tell.

Something that Caldwell struggled with during her time on American Idol was with song selections, and Without Regret is undone by some frankly awful songwriting. “Heart Like Mine” is yet more evidence that Kara DioGuardi and Nickelback’s Chad Kroeger are grossly overpaid for what they do. They take a grade-school attempt at writing a complex declarative sentence (“It’s not all right/You took what’s mine/I want it back/As fast as you packed up and left my life”) and try to shoehorn it into the song’s chorus.

Caldwell’s own attempts at co-writing, unfortunately, aren’t much better. The chorus on “Human After All” makes tiring use of repetition and has a weak melody, while “Say Love” is mired by overwrought lines like, “Who is this demon taking your place?/I don’t even know you anymore.” The remainder consists of songs that were largely written by committees of hired professionals and, as a result, use only the broadest of strokes and never incorporate a single first-person detail to make them distinctive. Whatever angle Caldwell may have been going for, and whatever point of view she may have attempted to convey, are lost in the poor writing.

Still, Caldwell does her damndest to sell the terrible material with conviction and sincerity. Her voice is actually interesting: Her husky alto has a heavy rasp, and she displays quite a bit of power in her lower register. A cover of Melissa Etheridge’s “You Can Sleep While I Drive” that appeared on early press copies of the album demonstrated Caldwell’s intuitive sense of phrasing, which might someday serve her well if she applies that intuition to stronger material with an actual edge.

Instead, songs like “Going Going Gone” and “Mess of You” position Caldwell as a poor man’s Pink. Producer Marshall Altman leans too heavily on the style made popular by both Pink and Kelly Clarkson. Few American Idol albums have shown any meaningful innovation or originality, but Without Regret is an especially weak debut, squandering Caldwell’s strong voice and outsized personality with its desperate, middle-of-the-road approach.