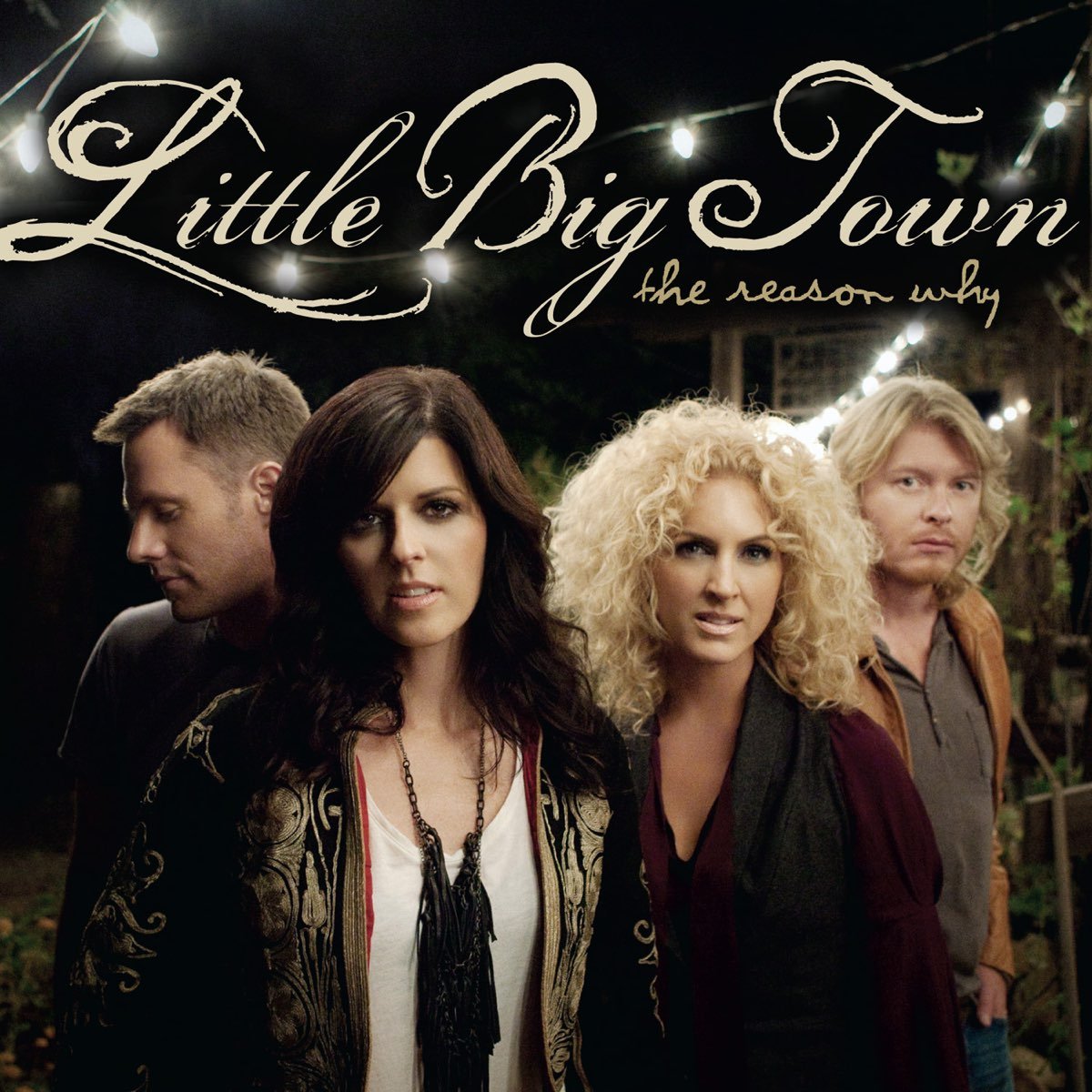 Contemporary country music is hardly a meritocracy, but the fact that Little Big Town has yet to earn the commercial profile that their talent and critical clout deserve is a real head-scratcher. They’ve generally made wise choices for their singles, and their albums consistently boast greater depth than those of Rascal Flatts, Sugarland, or Lady Antebellum. Whether or not their fourth album, The Reason Why, reverses that trend, it stands as the quartet’s most consistent set to date, and it’s one of the better albums in what has been a lackluster year for country.

With their four-part harmonies and a style that is heavily influenced by ‘70s-era rock, Little Big Town is always going to draw comparisons to Fleetwood Mac, but songs like “Why, Oh Why” and “Shut Up Train” are far less derivative than some of Little Big Town’s previous material. Producer Wayne Kirkpatrick still brings in some blues-derived electric guitar riffs, but much of The Reason Why sounds like a deliberate move away from those Fleetwood Mac tags. The a cappella opening on the former song is a perfect showcase for the band’s intricate vocal harmonies, while the latter cut gives the band’s strongest soloist, Karen Fairchild, an opportunity to shine on a straightforward, unadorned country ballad.

Fairchild also carries the phenomenal lead single “Little White Church,” which makes brilliant use of one of those blues riffs in its verses and chorus, but which uses nothing but some well-timed handclaps in its B-section. It’s the band’s finest single since they broke through with “Boondocks” some five years ago, and, like that hit, “Little White Church” demonstrates that Little Big Town and Kirkpatrick know how to toy with conventional song structures in order to show off what makes the band unique.

While “Little White Church” is easily the standout on the album, the remainder of The Reason Why is solid. “You Can’t Have Everything” is a surprisingly traditional-minded ballad that builds to a forceful, modern coda. “Kiss Goodbye” is another arena-sized pop ballad that trumps everything except the title track on Lady Antebellum’s lackluster Need You Now, and the band does a sensitive cover of “Rain on a Tin Roof,” a cut from the even more underrated Julie Roberts’s debut record. The ballads tend to be the better-written songs, but the band sells uptempo cuts like “Runaway Train” and the title track with gusto.

The songs are definitely there on The Reason Why, and the production draws more heavily from contemporary influences than on the group’s previous albums. And the performances have always been there for Little Big Town; The Reason Why provides just more evidence that there isn’t another act in any genre of popular music with greater skill in arranging vocal harmonies. At this point, there’s no logical reason that this shouldn’t be Little Big Town’s long overdue star turn.