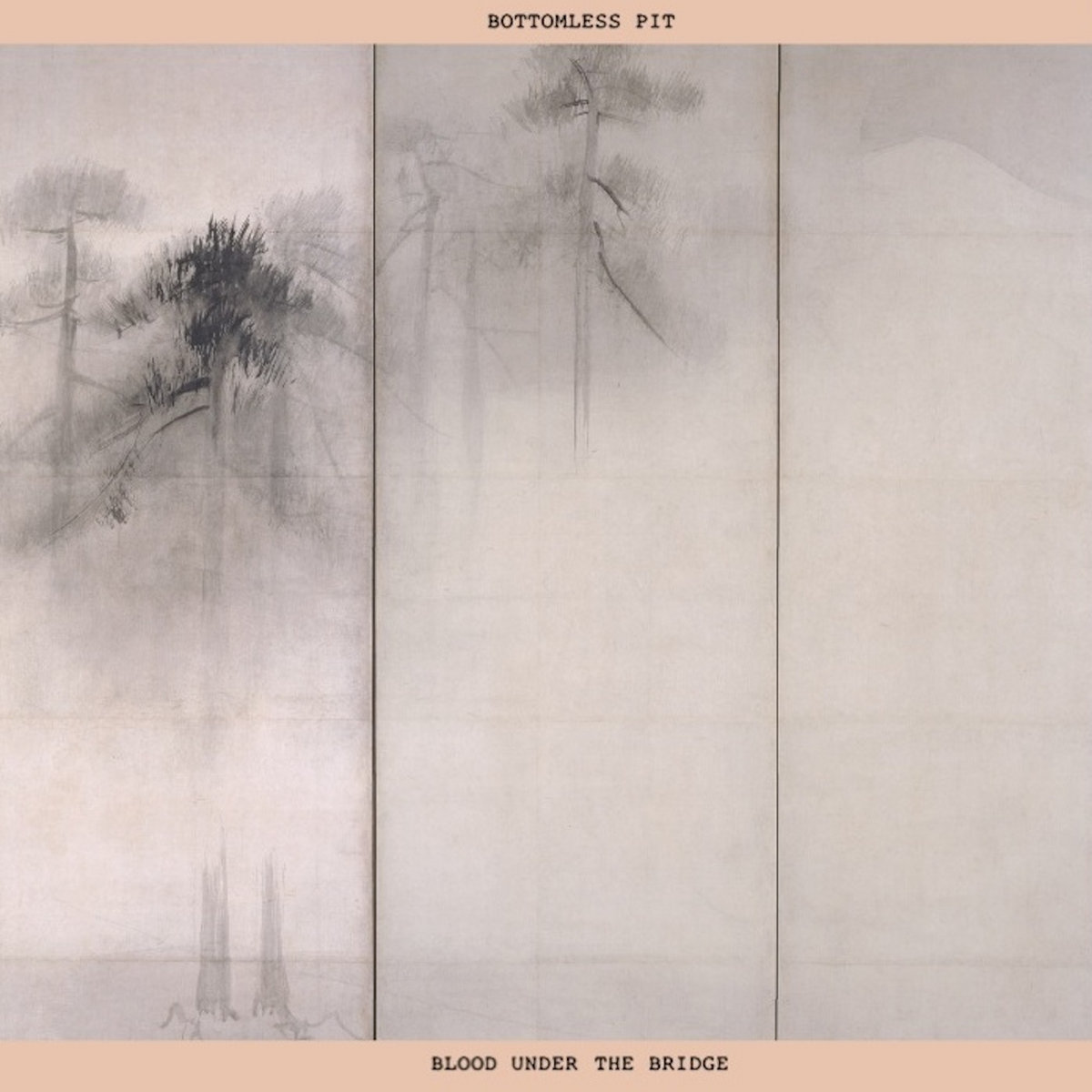 Doggedly timeless and seemingly ignorant of trends, Bottomless Pit’s Blood Under the Bridge feels like a freight train bound straight from the fuzzy heart of the ’90s, all churning post-grunge with a hesitant glimmer of rhythm. With just nine songs clocking in at 34 minutes, it has the span of an EP but the muscle of a full album, offering songs that pop with fullness and heft.

This is the third effort for Bottomless Pit, who formed from the remnants of Silkworm after drummer Michael Dahlquist’s tragic death in 2005. They mostly continue that group’s legacy of strapping hard rock that’s less fashionable than resolutely charging, with ample space left for tuneful, contemplative moments. Blood Under the Bridge continues this pattern, matching its at times coarse brashness with long stretches of quieter guitar work. The early pair of “Winterwind” and “Summerwind” acts as dual digression on a similar theme, two baggy but limber improvisations that clear the ground for the pounding series of tracks that follow.

It’s satisfying how much Blood Under the Bridge is focused on instrumentation; even on songs with lyrics the guitar work becomes the primary focus. Not that the lyrics are lacking in any real sense. The workmanlike tone, at times suggesting a less fussy, less bemused Pavement, meshes well with the songs, whether they’re seething or reflective, despite a sometimes off-putting sense of grimness. But the real star is the pure fluidity of the instruments, even when they’re treading well-worn territory. The Crazy Horse-style crunchiness of “Summerwind” punctured by stabs of thick, ropy bass is as intently fulfilling as a good ham sandwich. It’s not exactly jazz, but Bottomless Pit exhibits their musical gameness across various styles and tones.

The album proves the fallibility of trends, taking a chunky style that’s largely dormant, and never that creatively viable in the first place, and once again shaking the dust off of it. Blood Under the Bridge may not garner much critical attention, but it’s both a roundly rewarding album and a quietly thrilling throwback.

Review: The Magic Numbers, The Runaway