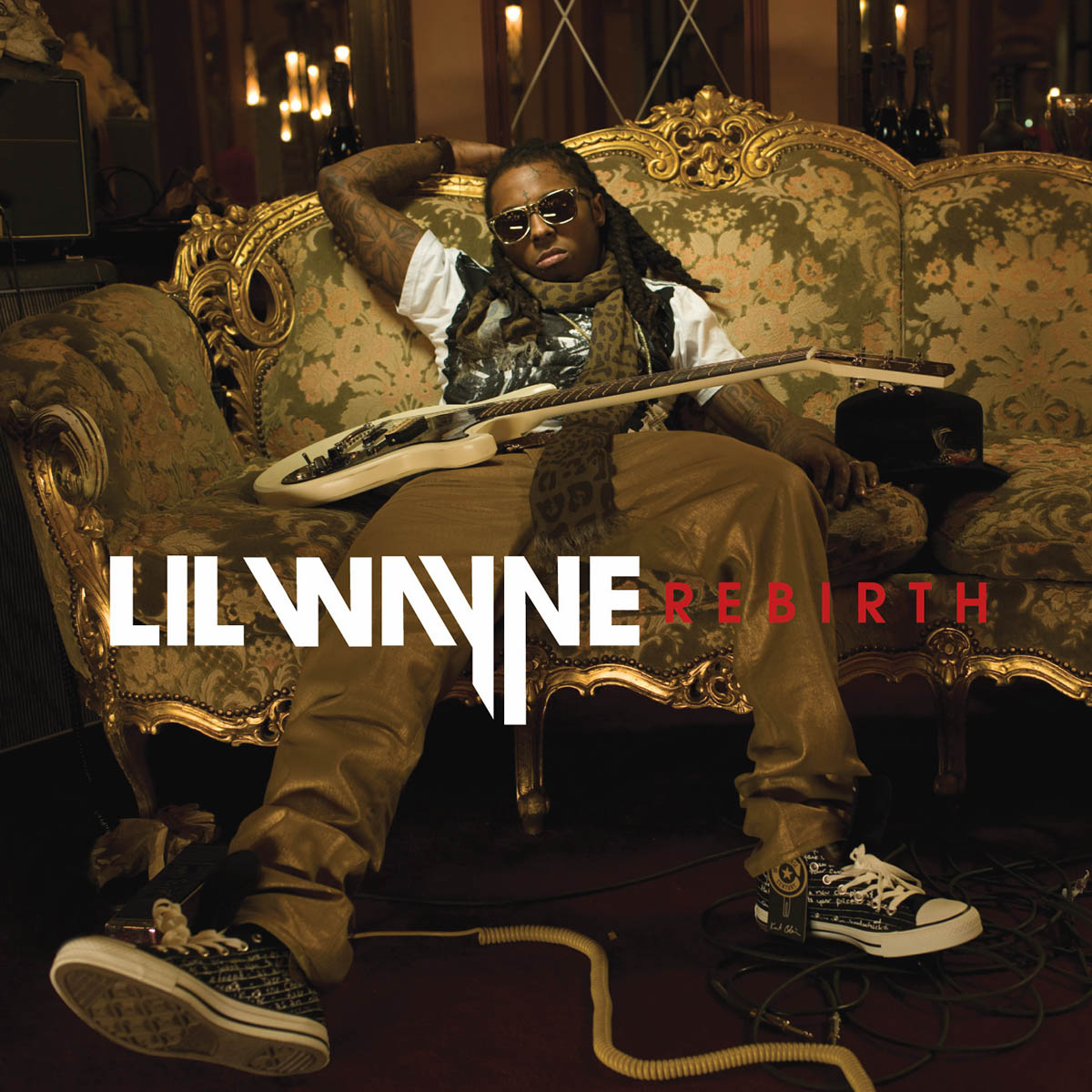 It used to be that rap was the place rock musicians went to embarrass themselves. Seemingly open to anyone who could talk, the stripped-down style of the ‘80s created an attractive mirage for misguided rockers, who failed to recognize that rapping required a totally different skill set, a delusion that created more disasters than is worth remembering. With Lil Wayne’s Rebirth, we get the same type of base misconception, where one of our best rappers believes that he can do anything. Yet Wayne’s grasp of what makes a rock song is shaky enough that this never feels like anything but uncomfortable, like hammy play-acting, which is partially what makes the album such a spectacular failure.

If it were as simple as the rapper backing himself with cheeseball strip-club riffs and fooling around on a guitar, Rebirth might be salvageable. But he goes much further, overhauling nearly everything about his sound except the standard lyrical preoccupations. The result is not a rock record as much as a total misperception of what makes a rock record. The base elements are all here (the sex and sleaze and guitar solos), but they’re delivered in such a flat, awkward way that they feel interpreted by an alien. And with his voice drowned in Auto-Tune, offering up banalities about being “born and raised in the U.S.A.,” Wayne often sounds like one.

It’s strange how fully this voice, which revels in its creakiness on other material, wilts here. It sounds battered, crushed by chunky, overbearing background tracks. Songs like “Runnin’” and “Prom Queen” feel like dreadful pieces of karaoke, the hard-rock thrash on the latter so far back in the mix that one hopes it will dwindle down to nothing. Beyond the aforementioned ingredients, the sound on Rebirth is mostly unrecognizable, a twisted amalgam of tacky set pieces collected from throughout the genre’s history. All if Wayne’s wit and energy seems to have been scrubbed clean to prepare these songs for the whitewashing they experience: saggy refrains, keyboard solos, and endless self-conscious references to guitars. Young Money member Sharell, who didn’t make an amazing impression on the group’s recent debut, is abused relentlessly here, brought in to serve up inane backing vocals, fleshing out the creepy tremble of Wayne’s voice.

The songs that don’t bend over backward to assert themselves are more bearable, but usually sport some marks of generally awful production, like “One Way Trip,” solid except for its abysmal “Falling down a landslide/On a one-way trip to you” chorus. “Drop the World,” which largely drops the brainless theatrics, is the best song here, benefitting from an appearance from Eminem. Yet despite having bragged in the past that Eminem was afraid to work with him, the two don’t feel like equals. As he did on 50 Cent’s “Psycho” last year, the supposedly washed-up rapper runs circles around Wayne, serving mostly as an embarrassing counterpoint to how phoned in Wayne’s whole performance sounds. More concerned with emulating fashion-metal glitz than delivering anything of substance, he feels like an out-of-shape boxer being pummeled by his own beats and guests.