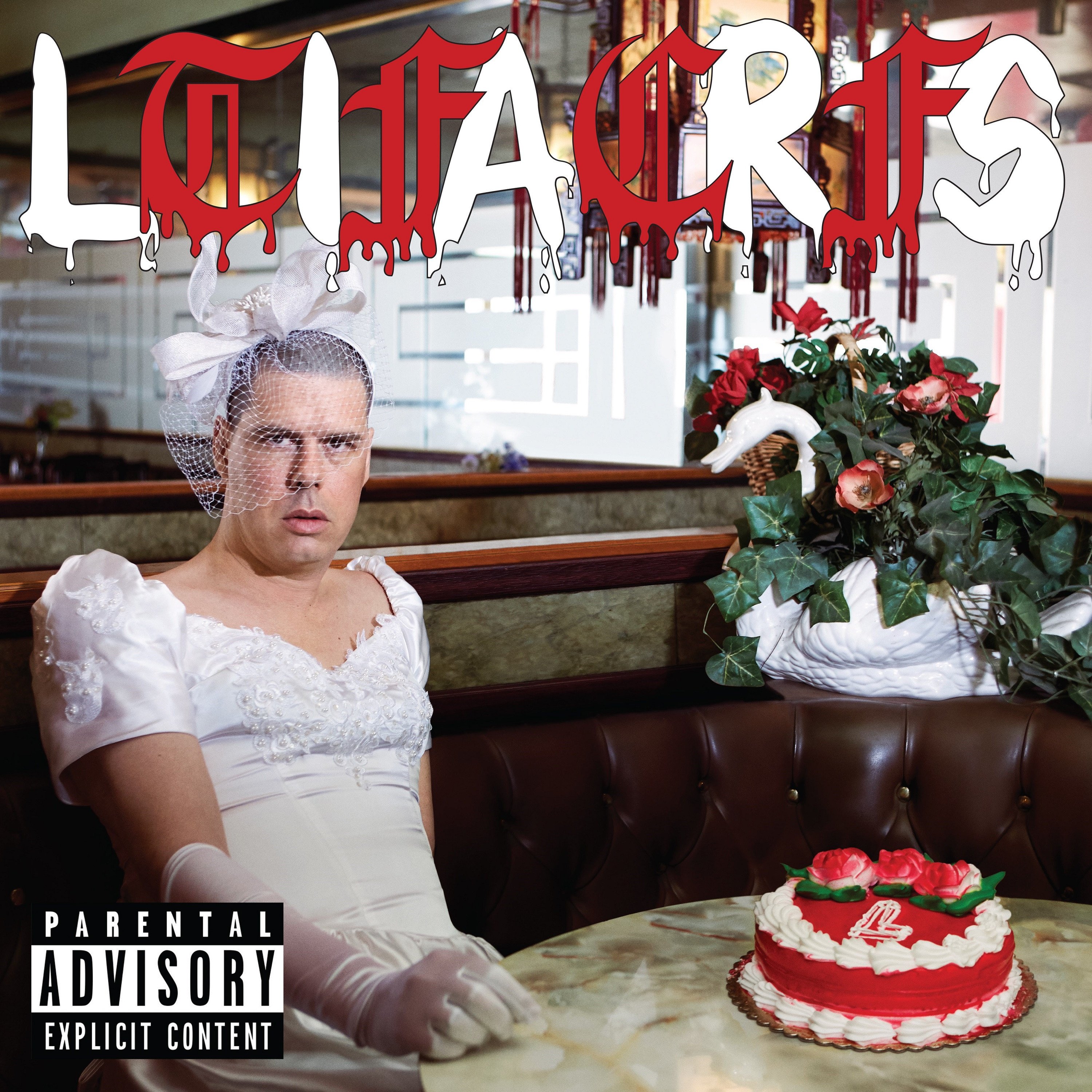 For a veteran band defined by long-term creative partnerships, it’s often difficult to untangle where one member’s contributions end and another’s begin. This is harder with a group like Liars, whose music, beyond a consistent use of menacing noise rock twisted toward danceable electro-pop ends, has been mostly defined by a refusal to settle into a sole identifiable style.

That predilection for change is now matched by the whittling down of the band’s lineup to a functional solo act, leaving lead singer Angus Andrew as the last remaining original member. Working without Aaron Hemphill and Julian Gross, both core collaborators for the last 13 years, Andrew offers up TFCF as a solitary and mysterious work steadied by sturdy song construction despite the album’s stark format and Liars’s usual rough, alienating edges.

As always, Andrew’s husky, keening voice leads the way, wavering over an open-chorded, reverb-heavy guitar strum on the album’s opener, “The Grand Delusional.” Maintaining one of the group’s few steady traditions, the song lays out cultic lullabies over ambient beds speckled with uneasy tonal shifts, scratchy over-dubbing, and other eerie touches. Yet where prior Liars albums have used this basis as a starting point from which to wend off into strange new sonic directions, this one mostly sticks to the familiar.

After the moody murmurs of the opening track, “Cliché Suite” demonstrates the outer limits of TFCF’s expressive platform, launching into a brutal lockstep march whose sonic swirl emulates the churn of a washing machine, further stressing an album-long emphasis on repetition and limitation. Later, “Crying Fountain” utilizes the same toolset urged toward the other extreme, restricted to a basic palette of sparse thumps and choral synths that abandons forward momentum for a prolonged sink into the atmospheric muck.

A few songs here center around a plaintive acoustic strum, while others operate off ambient or harsher electro foundations; all utilize a similar progression, piling oppositional effects and opaque lyricism on top of those few initial elements, forming loopy, minatory dirges encrusted with all manner of cacophonous discordance. It’s instructive to hear how their particular fusion is achieved, as a rigid, repetitive carousel of minimalist electronica is mashed up with stripped-down guitar balladry, centered around moony, phantasmagoric folk pushed to its darkest limits.

TFCF lacks the forceful unity of the best Liars albums, particularly the thoughtful avant-garde theatrics of They Were Wrong So We Drowned and Drum’s Not Dead. The songs here function more like a series of half-developed sketches, often invigorating but a tad shambolic, the lyrics’ cryptic nature failing to connect with any coherent central thesis.

Still, there are reminders here that even lower-tier Liars albums have their stunning moments: the ever-surprising swings in tone, volume, and tempo; the ragged inter-mixing of jangling piano and punishing jungle beats on “No Tree No Branch”; the surprising poignancy and tenderness of “Ripe Ripe Rot.” While ultimately a transitional work, the album stands as a reminder of how sturdy the crux of Liars’s platform remains, even as a solo project.