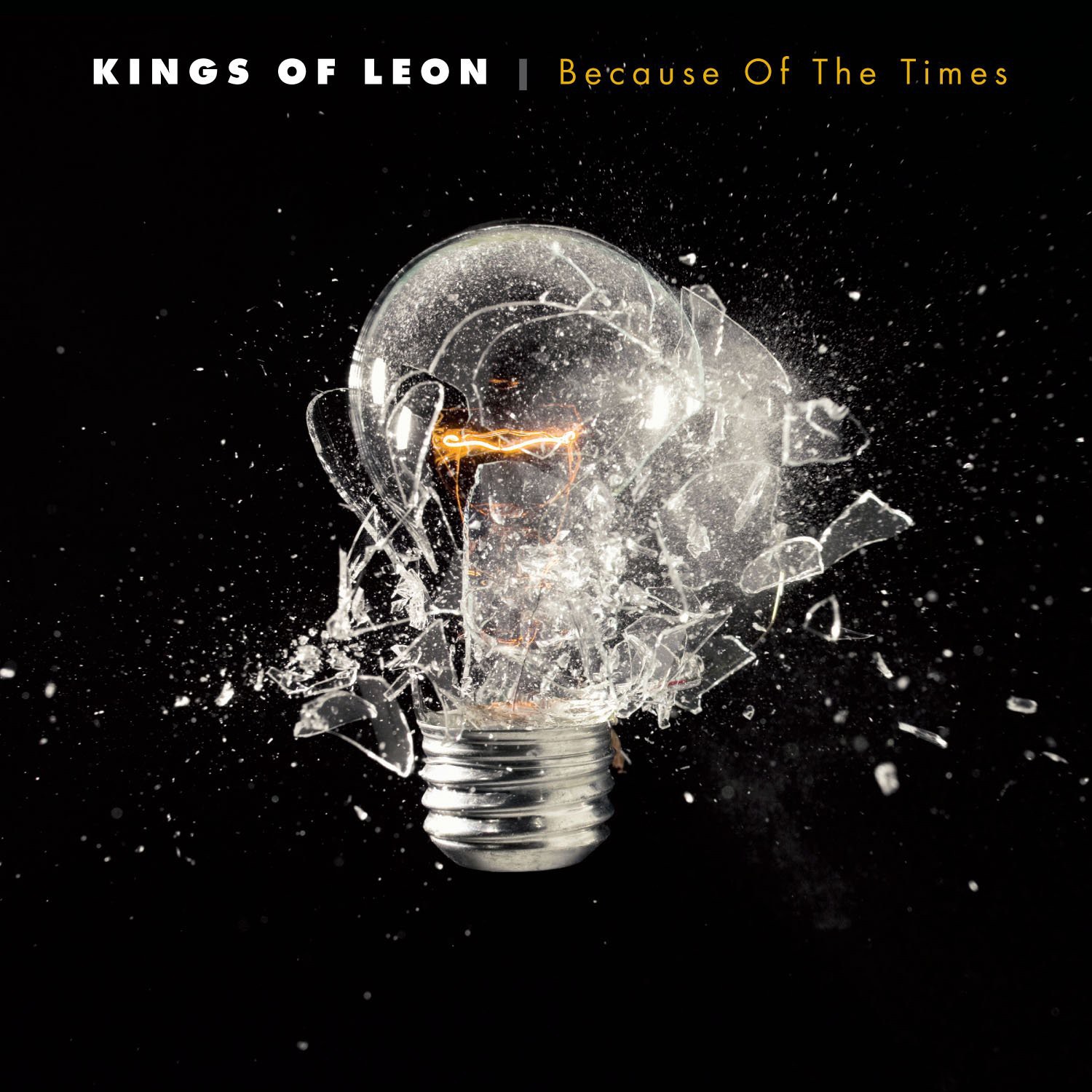 Barely recognizable as the unkempt, ragged Pentecostal family band from their U.K.-endorsed debut, Youth And Young Manhood, the Kings of Leon of Because of the Times display one hell of a learning curve. In both their image and sound, Kings of Leon started out as something akin to Shooter Jennings for the indie-rock demo—in need of a shave and of a greater purpose than playing a hopelessly derivative style of Southern rock. “Happy Alone” and “Red Morning Light” made for fun throwaway singles, sure, but they didn’t give any substantive reasons to expect much from the band. Then their sophomore effort, the undervalued Aha Shake Heartbreak, showcased both a much greater proficiency as a band and, more significantly, an actual point of view. They were still singing predominantly about no-good women, but they were doing so in a way that was novel, articulate, and rooted in the Southern vernacular. The album’s best moments, like the swaggering “Four Kicks,” rank alongside much of Drive-By Truckers’ output in both form and content.

Because of the Times may lack those high points of its predecessor, but it surpasses it at great length in terms of ambition. Southern rock still serves as the album’s foundation, but there’s nothing conventional about its execution, as the Kings make an abrupt move away from quick-and-dirty singles and straightforward three-chord arrangements. The ever-building wah pedal on “McFearless,” for instance, makes for the kind of gritty, furious rock that the band hasn’t pulled off convincingly before, while opener “Knocked Up” uses a mix of dark humor and vulnerability to keep all seven minutes of its narrative compelling. The best of the experiments comes from “My Party,” with a jagged rhythmic structure in the chorus that suggests perhaps the most interesting way for Kings of Leon to shake off all of those “derivative” tags for good.

However admirable and surprising the band’s ambition throughout Because of the Times may be, not every experiment works so well. “Trunk” aims for vintage funk but actually hits pastiche that could pass for one of Maroon 5’s better singles, while “On Call,” a poor choice for a lead single, proves that Kings of Leon are too heavily caked in mud to ever soar in the style of their recent tourmates U2. “Charmer” tries to incorporate some Pixies-style snarl, which only comes across as strident and which foregrounds the limitations of frontman Caleb Followill’s voice. Still, Followill’s inimitable warble of newly invented vowels is one of the few constants for Kings of Leon, and it remains a major part of the band’s Southern-fried charm.

Neither ambition nor charm alone makes an album great, of course, but Because of the Times is nonetheless an impressive album because, despite its unevenness, it showcases legitimate growth. Youth And Young Manhood introduced Kings of Leon as rough, empty-headed fun. Aha Shake Heartbreak recast them as a band with real promise. Now, Because of the Times positions them—far and away the least-likely-to among their contemporaries in the post-garage boom—as a fascinating, must-watch band with designs on greatness.

Review: When You See Yourself Is a Murky Change of Pace for Kings of Leon